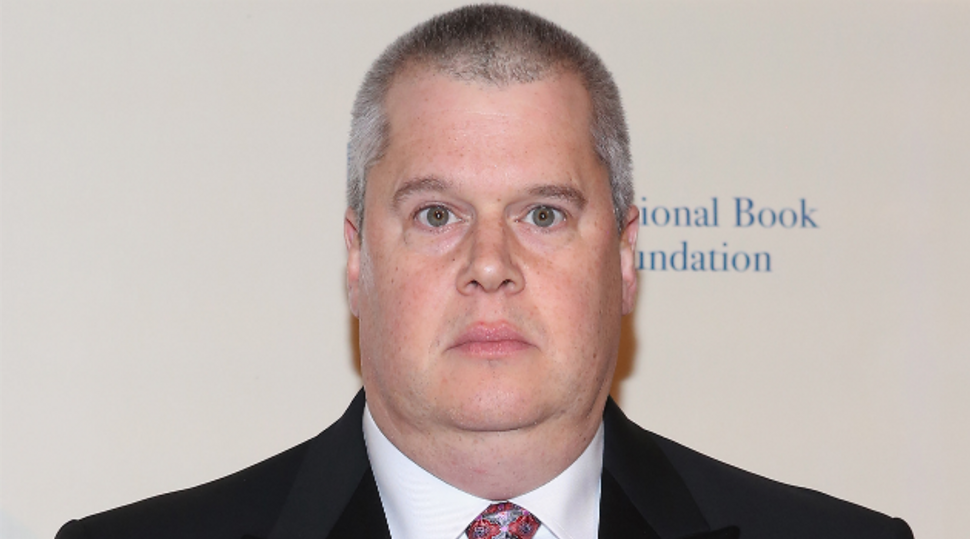 If you’re anything like me, you spent a good part of the early aughts nose deep in a truly depressing series of books.

I’m referring of course, to “A Series of Unfortunate Events” which tells the woeful tale of a trio of orphan siblings trying to escape the clutches of the devious Count Olaf. Well now, Jewish author Daniel Handler, who wrote the books under the pen name Lemony Snicket, has his own very real series of unfortunate events to write home about.

At a ceremony announcing the winners of the National Book Award last night, Handler made an unfortunate joke while presenting the award for young people’s literature to Jacqueline Woodson, a black woman and author of “Brown Girl Dreaming.”

I told you! I told Jackie she was going to win. And I said that if she won, I would tell all of you something I learned this summer, which is that Jackie Woodson is allergic to watermelon. Just let that sink in your mind.

The offensive attempt at humor referenced a racist trope that black people like watermelon. The backlash was almost instantaneous.

I adore Daniel Handler’s work, but those “jokes” are something he needs to apologize for publicly and privately. Now. Dismayed.

“Jackie Woodson is allergic to watermelon, just let that sink in your mind.” These are words that were spoken at an awards ceremony.

My job at last night’s National Book Awards #NBAwards was to shine a light on tremendous writers, including Jacqueline Woodson… -DH [1/2]

…and not to overshadow their achievements with my own ill-conceived attempts at humor. I clearly failed, and I’m sorry. -DH [2/2]