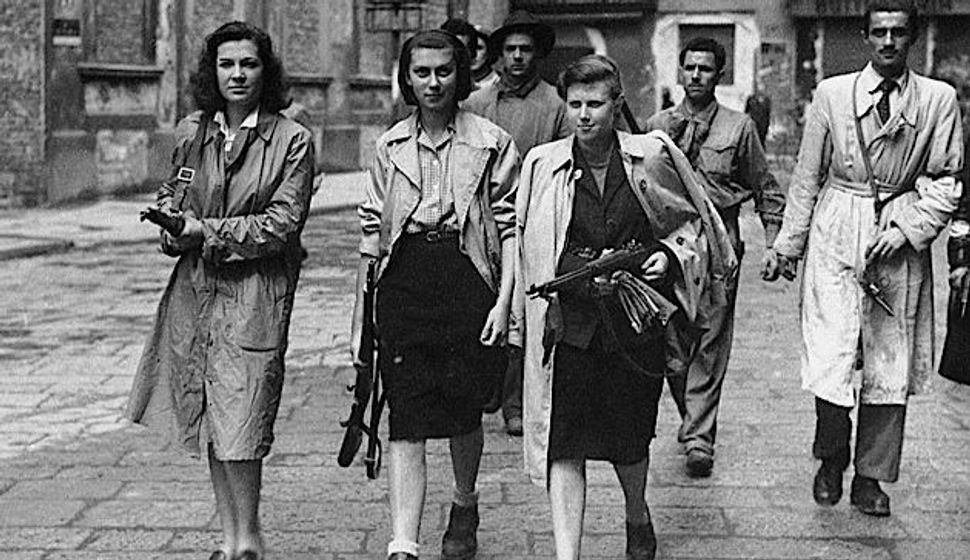 The vagaries of international film distribution may produce the impression that the French have created a more significant body of work examining their nation’s moral failings under Nazi Occupation than any other European country. We have, for example, feature films like Louis Malle’s “Au revoir, les enfants,” Truffaut’s “Le Dernier Metro,” or Rose Bosch’s recent “La Rafle,” as well as magisterial documentaries like Marcel Ophuls’ “The Sorrow and the Pity” and “Hotel Terminus: The Life and Times of Klaus Barbi,” not to mention Claude Lanzmann’s singular “Shoah” and his recent, if problematic, “The Last of the Unjust.” It may be my lapse, but I can immediately think of no other European national cinema that has produced a documentary that takes its own Nazi period and examines it with the moral depth and complexity of “The Sorrow and the Pity” or “Hotel Terminus.” It could also be that significant works of that kind have simply not reached the international market.

With this in mind, it may be unfair to approach Oren Jacoby’s modest and nobly intended “My Italian Secret: The Forgotten Heroes” by the barometer of the best that has already been produced in another national context. “My Italian Secret” tells stories of bravery by ordinary Italians in saving their Jewish friends and neighbors; it does so by following several Jewish survivors who return to Italy in their late adulthood to revisit the scenes of their worst nightmares: hidden in terror, fleeing in desperation, separated from loved ones, saying final goodbyes without knowing they were final. But Jacoby also threads through his documentary the story of a uniquely self-effacing man, the ruggedly handsome Italian bicycling idol Gino Bartali, whose athletic success before the outbreak of war imposed on him the burden of being used as a paragon of Mussolini’s fascist ideology. This is a position from which Bartali shrank, preferring to keep his own counsel and avoid any apparent endorsement of Il Duce’s project.

The problem with “My Italian Secret” is in part then one of focus. Does it wish to revive and glorify a single man, already a national hero, whose most impressive but unknown feats were those of quiet moral courage, or does it wish to survey several representatives of Italian Jewry whose survival also depended on the righteousness of their non-Jewish compatriots?

In the latter instance, Jacoby presents several noteworthy testimonies, given in Italian and English. Charlotte Hauptman, returning to Italy with her teenage grandson, visits the village where she and her parents were granted shelter, their identities as Jews kept secret; Gaia Servadio and her comfortable Paduan family, carrying false documents, were granted residence in the Palazzo of the Marchesa Gallo, and she now returns to thank the Marchesa’s grandson, the apparent caretaker of his grandmother’s still sumptuous abode; Ursula Selig, a young girl who with her family was kept alive by Monsignor Beniamino Schivo in the Umbrian city of Città di Castello, returns to lay flowers on his grave. 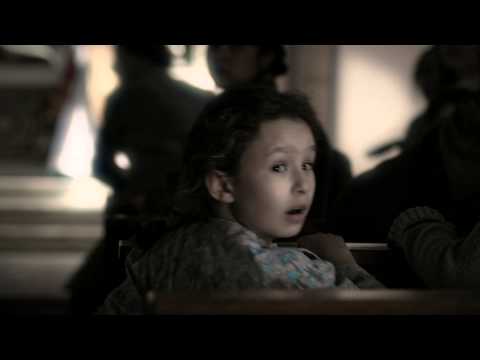 Second generation Italian survivors, Jewish and non-Jewish alike, speak for those whose heroism would otherwise go unremarked: the Roman surgeon who invented a deadly and contagious illness to keep the SS from inspecting a hospital ward where Jews were hidden; the neighbors of a boy in a Roman apartment building who took in him and his family, only to be betrayed by another neighbor; a grandfather, Rabbi Riccardo Pacifici of Genoa, who helped Italian and fleeing Jewish refugees from other countries escape through Genoa to safety — only to find himself and his wife arrested and killed by the Nazis.

These testimonies are dispersed throughout the film, so their chronology is fractured and their emotional impact leavened, like anecdotes shared on a long train ride forgotten at journey’s end. In addition, such tales of bravery and betrayal compete with Bartali’s heroic example; he makes a singular impression thanks to archival footage of his glorious moments as an intrepid cyclist.

These scenes, in tandem with several interviews — including those of his son, Andrea Bartali — piece together the puzzle of Bartali’s secret and dramatic efforts. Bartali went on long cycling trips through Northern Italian with counterfeit identification documents hidden in the frame of his bicycle which he dispensed at sites that were part of a secret underground network organized by the Archbishop of Florence. Indeed, much rescue work was carried out by local convents and churches, the clergy at the local level taking on a self-appointed task of great risk to themselves and many others. Over all, Bartali’s “bike rides” saved hundreds, perhaps thousands, of Jews and anti-fascist partisans. He never spoke of this, even to his family, until late in his life.

Jacoby occasionally fills in historical and geographical context. The warm and inviting voice of Isabella Rossellini serves in these brief voice-over narratives, but while her words impart crucial information, they do not feel wholly integrated in the overall scheme. One irony of the film, perhaps, is that it tries to cover too much territory. Fewer testimonies presented with greater depth and detail might have served Jacoby’s purposes better. The stories told are uneven; some narrators speak with greater eloquence, authority, and finer observation than others. Certainly Gino Bartali’s story, by itself, is worth the length of a feature film, but for a documentary, there is scant archival documentation of his activities. Anecdotal recollections by those who knew him, and his own words from his autobiography, must suffice.

“My Italian Secret” is never dull; it may ameliorate our conviction that the Roman church was indifferent to the plight of Jews — the Pope and the Vatican, we must remember, are not, finally, the entirety of the Catholic Church. An astonishing 80% of Italy’s Jews survived the war. “My Italian Secret” cannot by itself take up the task of imparting all that happened in Italy during those fateful years. For that, there is a rich English and Italian-language literature on the Jewish experience in Italy during the war. At its best, Jacoby’s documentary retrieves pieces of the fragile past, revives the honor of a great many brave Jewish and Gentile Italians, and restores to one athletic Italian hero his eternal moral achievement.