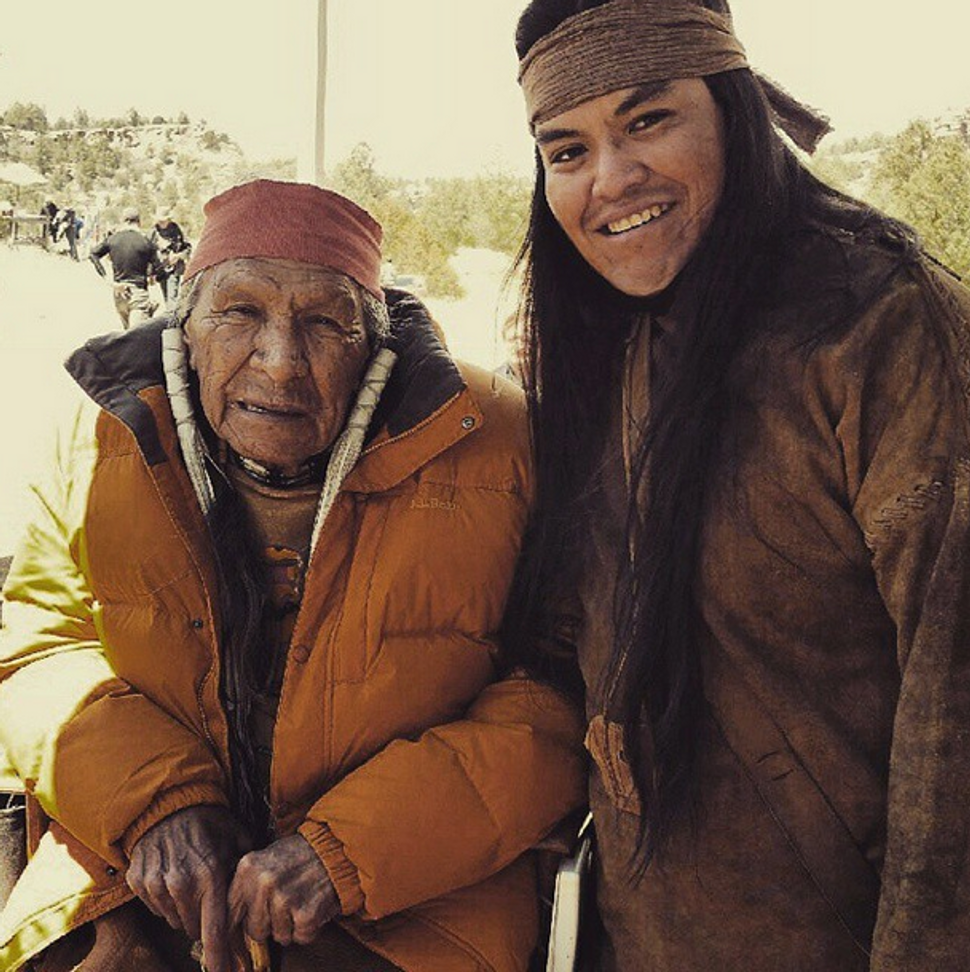 Image by Courtesy of Instagram.com/LorenAnthony

Adam Sandler’s career is continuing in its downward spiral.

Nearly a dozen Native American actors, including a “Native cultural advisor,” stormed off the set of Sandler’s latest film, “The Ridiculous Six” (a parody of “The Magnificent Seven,”) apparently disgusted at the negative portrayal of their culture .

Per the report, “examples of disrespect included Native women’s names such as Beaver’s Breath and No Bra, an actress portraying an Apache woman squatting and urinating while smoking a peace pipe, and feathers inappropriately positioned on a teepee.”

One of the actors who left the set, Loren Anthony, explained to Indian Country Today that he had originally declined to be in the movie:

“I was asked a long time ago to do some work on this and I wasn’t down for it. Then they told me it was going to be a comedy, but it would not be racist. So I agreed to it but on Monday things started getting weird on the set,” he said.
Anthony says he was first insulted that the movie costumes that were supposed to portray Apache were significantly incorrect and that the jokes seemed to get progressively worse.
“They just treated us as if we should just be on the side. When we did speak with the main director, he was trying to say the disrespect was not intentional and this was a comedy.”

However, there may still be a solution in sight. 74-year-old member of the American Indian Movement David Hill, told Indian Country Today that the producers had reached out to the angry actors in an effort to reach a compromise. “I hope they will listen to us,” Hill said. “We understand this is a comedy, we understand this is humor, but we won’t tolerate disrespect. I told the director if he had talked to a native woman the way they were talked to in this movie—I said I would knock his ass out.”

As for him, Hill says he won’t be backing down. “This isn’t my first rodeo, if someone doesn’t speak up, no one will.”

So, Sandler fans, rejoice: you may still get to pay to see this movie. As for the rest of you, just think: can it really get any worse than “The Cobbler”?

UPDATE: A Netflix spokesperson has responded to the criticism, defending the project: “The movie has ridiculous in the title for a reason: because it is ridiculous. It is a broad satire of Western movies and the stereotypes they popularized, featuring a diverse cast that is not only part of — but in on — the joke.”