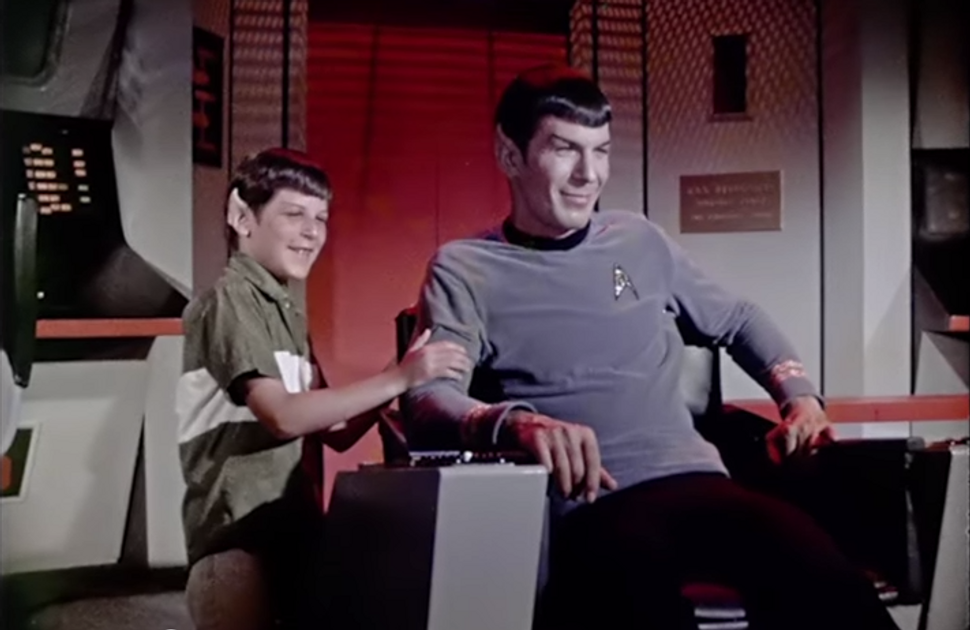 Leonard Nimoy’s son Adam Nimoy has surpassed the goal of raising $600,000 in funds through a Kickstarter campaign to complete a documentary about his father titled “For the Love of Spock.”

The project is aimed at celebrating the 50th anniversary of “Star Trek,” which aired for the first time on Sept. 8, 1966. Zachary Quinto, who portrayed the Spock character in the two latest “Star Trek” films, will narrate the film. David Zappone, the owner and president of Paramount-based 455 Films, will produce.

The campaign launched on June 3 and concludes at 4 p.m. PDT on Wednesday. With less than 24 hours left, a total of 8,863 backers had pledged $621,721 with Adam Nimoy asking for more funds.

“Rest assured: every dollar raised through this campaign will find its way to funding this film or helping in the promotion and advertising campaign,” he said. “But the more we can raise, the better the end product will be. This film is a once in a lifetime chance and I want to give it all I have to give.”

The campaign unveiled new premiums including “I grok the Spock doc” T-shirts and phaser weapons created by Ken Palkow, one of the original props builders.

“The funding of this film through Kickstarter will enable us to continue with production — which will mostly take the form of filming interviews of Dad’s friends, colleagues and family members,” Nimoy said. “It will also enable us to license the hundreds of film clips and still photographs of Mr. Spock as he has appeared on television and in feature films over the last 50 years. Funding will then buy us time in the editing room, where I will be poring over the film clips and photographs and never-before-seen home movies as well as ‘Star Trek’ artifacts — some of which have not seen the light of day for nearly 50 years!”

Nimoy first announced the project in late March, a month after his father passed away on February 27.

The premiums start at $5 with 1,071 backers on board in exchange for “exclusive updates from our mission and our eternal gratitude.” Six top premiums offered at $10,000 to become an associate producer have all been taken.

Nimoy broke into show business as an attorney in entertainment law specializing in music publishing. He was a business affairs executive for EMI America Records and Enigma Records before becoming a TV director. He has gone on to direct episodes of “NYPD Blue,” “The Practice,” “Ally McBeal” and “Gilmore Girls.”

He also wrote his own biography, “My Incredibly Wonderful, Miserable Life,” published by Simon and Schuster in 2008.

The campaign made the announcement via Twitter on Tuesday that it had surpassed the goal.–Reuters