Why Donald Trump Is a ‘Jewish Holiday Waiting to Happen’ 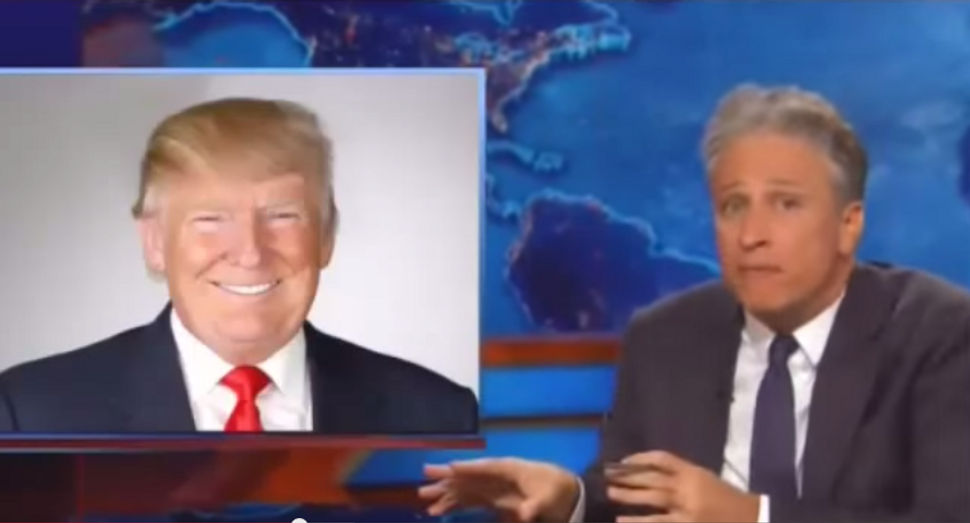 A lot happened while Jon Stewart was on vacation. Greece made a deal with the European Union, the Iran negotiations gave us a much-talked about deal, and Donald Trump, well, was Donald Trump.

And there’s nothing Jon Stewart does better than a Trump takedown.

The comedian, who only has three weeks left as host of “The Daily Show (sob!), was positively gleeful as he that’s been on everyone’s mind since Trump announced his presidential bid: “What the f**k is wrong with him?”

After a rant that included jabs at everything from Trump’s comments about John McCain to his predator-like hair (“That is comedy entrapment.People are not attacking your hair, they are defending themselves from something that appears like it’s about to attack them.”) Stewart paused. Hiding behind his hands, he whispered: “I so love this man.”

Cue a barely contained giggle and the punchline: “I really feel like he’s some sort of Jewish holiday waiting to happen. Like, ‘We thought the craziness would only last a day. But by a miracle, it burned for eight, 10, holy s**t!”

“That’s what we should call it: “Holysh#@ukkah!” 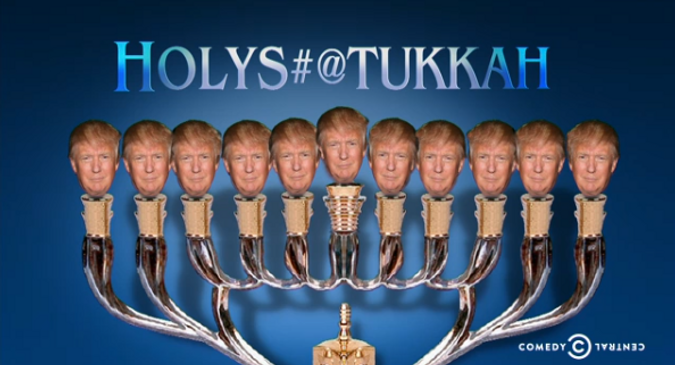 Oh, Jon. We miss you already.

Why Donald Trump Is a ‘Jewish Holiday Waiting to Happen’