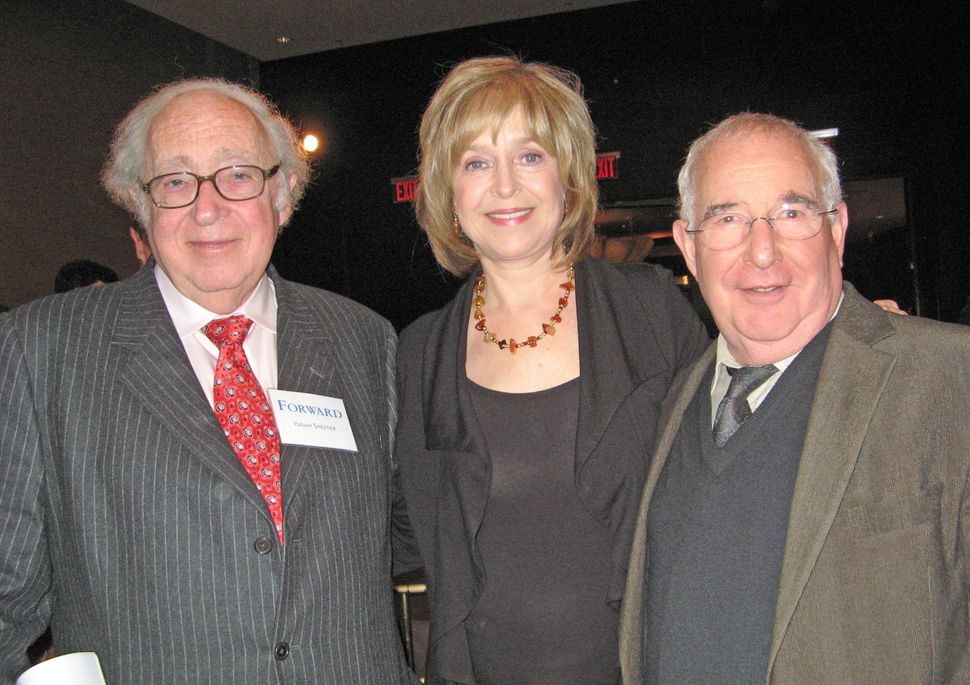 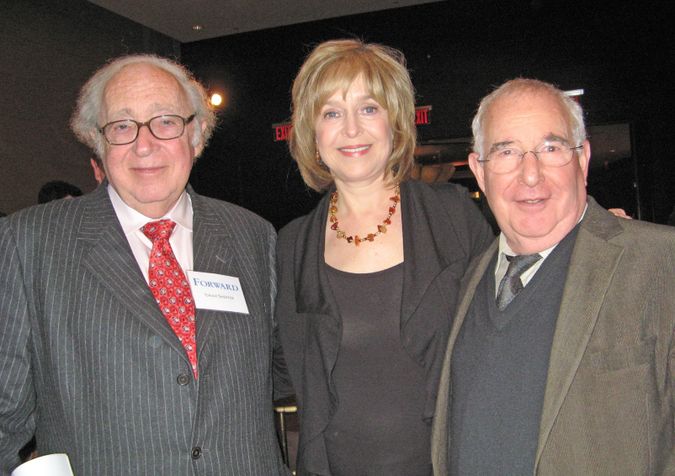 “Art and Heart,” Catherine Tambini’s heartwarming, intellectually rewarding, and delicious retrospective documentary about Isaiah Sheffer — Yiddish maven, actor/writer/impresario and wit — had its sold out world premiere on January 14 at the Walter Reade Theatre. It was all part of the New York Jewish Film Festival, under the auspices of the Film Society of Lincoln Center and the Jewish Museum.

Among those remembering Sheffer’s whimsy, wit, warmth and innovative spirit for making people feel good, “raising artists’ spirits and professional visibility” were Stephen Colbert who recalled “the joy of his intellect”; Stephen Lang (“Avatar”’s white-haired military villain Miles Quaritch) who described his own Sheffer-Nijinsky role and articulated what others felt: “You wish you could have spent more time with him.” During one of his several vignettes, Leonard Nimoy admitted to being jealous of “other actors doing [Sheffer] readings” when he was in the audience.

The ultimate exemplar of the oft overused descriptive “a mentsch,” Sheffer will forever be remembered as the man who saved Symphony Space (95th & Broadway) a once decrepit Upper Broadway theatre which— he bought for $2000 and followed by a “legal labyrinth.” He transformed it into a Mecca for the arts—be it an all-Yiddish event, a wall-to-wall Bach or other artists’- poets’-composers’ performance marathons including “Bloomsday on Broadway.” Sheffer —who described himself as “the least known of the unknowns” also rescued the even more dilapidated Thalia Theatre, which he incorporated as an additional performance space.

Sheffer— playwright of “The Rise of David Levinksy” —also translated Joseph Green’s Yiddish 1936 Molly Picon film “Yiddle With a Fiddle” into an English version stage hit starring Emily Loesser. Thanks to Sheffer my then 6-year old granddaughter Michelle (so enchanted by the production she asked to revisit the musical a second time!) sang Picon’s signature song “Oy Mamma am I in love!” as her Show-and-Tell school offering.

In one of the film’s memory retrospectives Forward publisher and CEO Sam Norich recalls Sheffer as the emcee at the Forward’s 2011 Gala Diner which featured Jill Eikenberry and Michael Tucker. That night Sheffer—with a straight face—pretended to be the “voice” of the Forward’s legendary “A Bintl Brief” (the Yiddish precursor to the Dear Abby advice column) who assures a young male reader that he can safely marry his dimpled sweetheart. That contrary to warnings and old wives’ tales — he will not die within the year of the wedding.

I last saw Sheffer on October 3, 2012, the same evening touted as a “not-to-be missed televised” Obama vs Romney presidential debate. A very frail Sheffer opted to come to the home of photographer William Meyers and his wife Nahma Sandrow author of “Vagabond Stars: A World History of Yiddish Theater” to witness a first ever public preview reading of the Yiddish version of “Waiting for Godot.” One month later —on November 9—Sheffer died of a stroke.

Thanks to this documentary, Isaiah Sheffer will continue to delight and entertain those who knew him and hopefully inspire future generations.