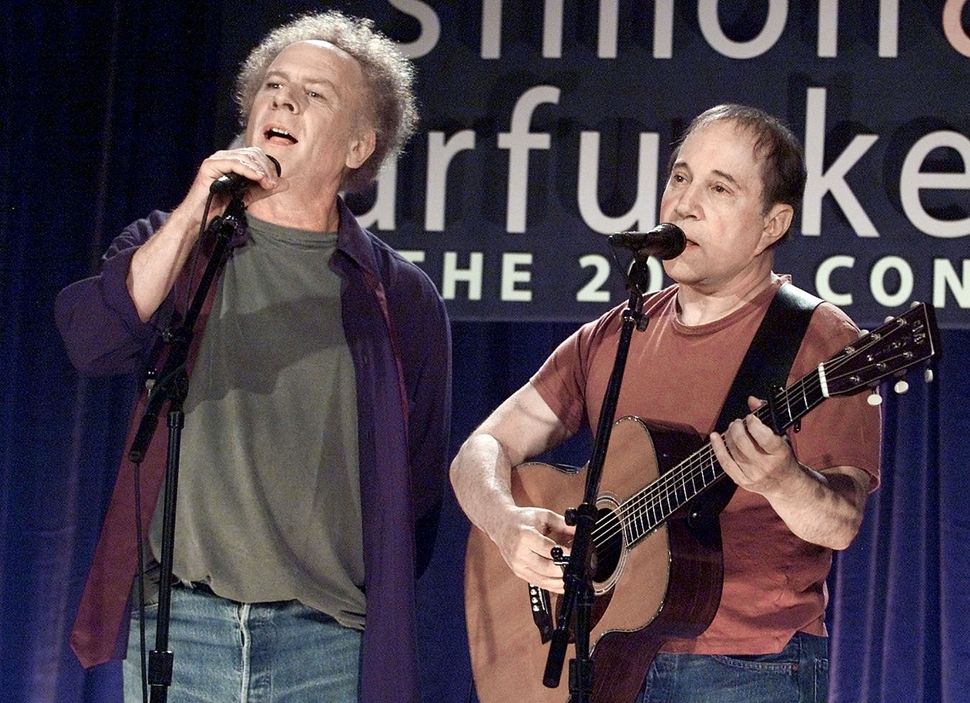 Simon & Garfunkel have let the Bernie Sanders campaign use their song “America” in new political video.

We double dare you not to feel something after watching the new Bernie Sanders campaign ad.

He, and you, can thank famous Jewish folk singers Paul Simon and Art Garfunkel, who are allowing Sanders to use the yearning song, “America,” in the spot filled with populist images of the longtime Vermont senator, his wife, his throngs of supporters, and classic Americana. 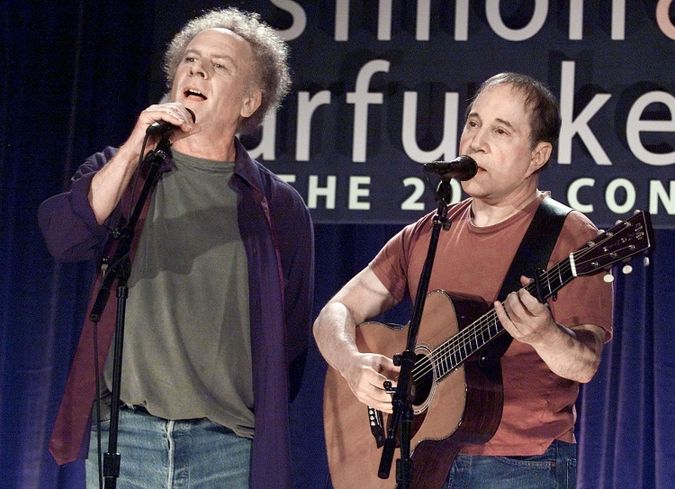 Says CNN: “Yes, the sometimes grumpy-seeming, non-candy-coated, white-haired, 74-year-old socialist candidate, imitated so well by a peevish Larry David, has released a 60-second ad that is so full of love, enthusiasm and patriotic uplift (complete with flag-waving) that it’s downright goose bump-inducing.”

Garfunkel, an ardent supporter of the Brooklyn-born Sanders, admits he and Simon, while famous for their personal feuds, are liberals.

“I like that Bernie is very upset by the gap between the rich and the poor,” Garfunkel continued. “I think that’s central. The power of money to — when Bernie says, Hillary gave a speech, she got $275,000 for that speech. You got to give a very good speech to earn that money. He’s winking at we know the power of whoever backed her, and she’s beholden to them, and that’s how America works until somebody says, not with me.”

The one-minute ad started playing over the weekend in New Hampshire and Iowa. At one point in the video, which is filled with shots of farm animals, farmers, and hay rolls, a picture of the Des Moines skyline appears.

There are few people of color in the ad, which David Brock, of the pro-Clinton PAC Correct the Record, seized on. He told the Associated Press: “From this ad it seems black lives don’t matter much to Bernie Sanders.”

Forbes columnist Mark Burns wrote, “I am no political expert, but this ad is brilliant for Bernie Sanders” and puts his “Socialist Revolution In Sheep’s Clothing.”

The ad has been viewed more than 2.2 million times on YouTube.

“They’ve all come to look for America,” the song’s refrain says.

Garfunkel said: “I don’t know if there’s a specific thing except we’ve come to look for the country and we don’t really know who we are …We never knew who we were. We’re still working out what Alexander Hamilton was working out. How do we fuse in becoming United States of America and not southern planters who want states’ rights? In the very Constitution, we’re working out the fusion of the nation. We’re still doing it.”