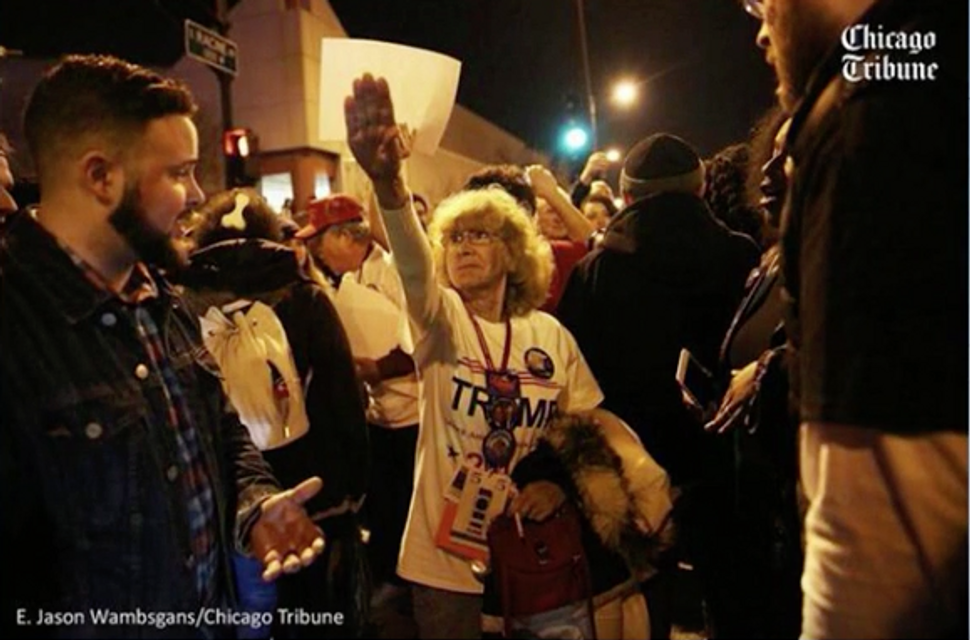 “The Daily Show’s” Senior Jewish Correspondent Adam Lowitt took a crack at the recent flare ups of anti-Semitism from Donald Trump supporters with good humor and a uniquely positive perspective.

That Trump supporter caught on tape “go to fucking Aushwitz”? 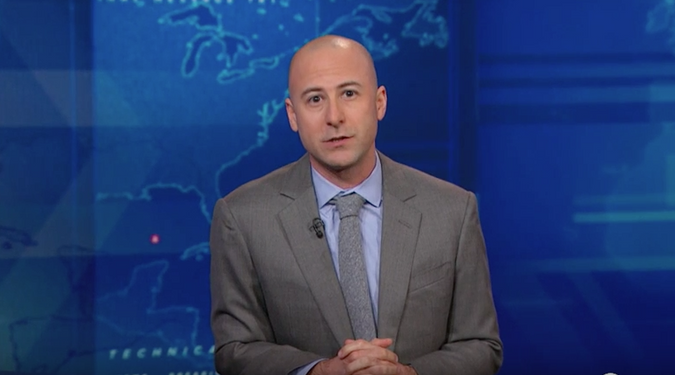 Well, as Lowitt pointed out, the sound bite could very well have been taken out of context. “Maybe on the other side of that camera someone in the crowd is yelling, ‘I’m a World War II historian looking for a new research project. Does anyone have any good travel recommendations?’”

When it comes to the women poised in a Nazi salute, Lowitt has been there, done that. “As a Jew, if I wanted a woman in her 60’s to make me feel bad about myself I would call my mother.”

As for Mark Burns, the pastor who opened a North Carolina gathering for Trump by declaring “Bernie gotta get saved, he gotta meet Jesus,” Lowitt was a little incredulous. After all, he explained, the Vermont Senator might just be the second coming of Christ. “Bernie is a Jew who lives a simple life and wants to help the poor. All this guy is missing is an interest in carpentry.”

When the show’s host Trevor Noah commented that Sanders’ upset in Florida this past Tuesday must have been a let down for Jews, Lowitt could only shrug. “Look, eight days after we’re born a stranger comes into our house and cuts off part of our penis. We’re used to disappointment.”