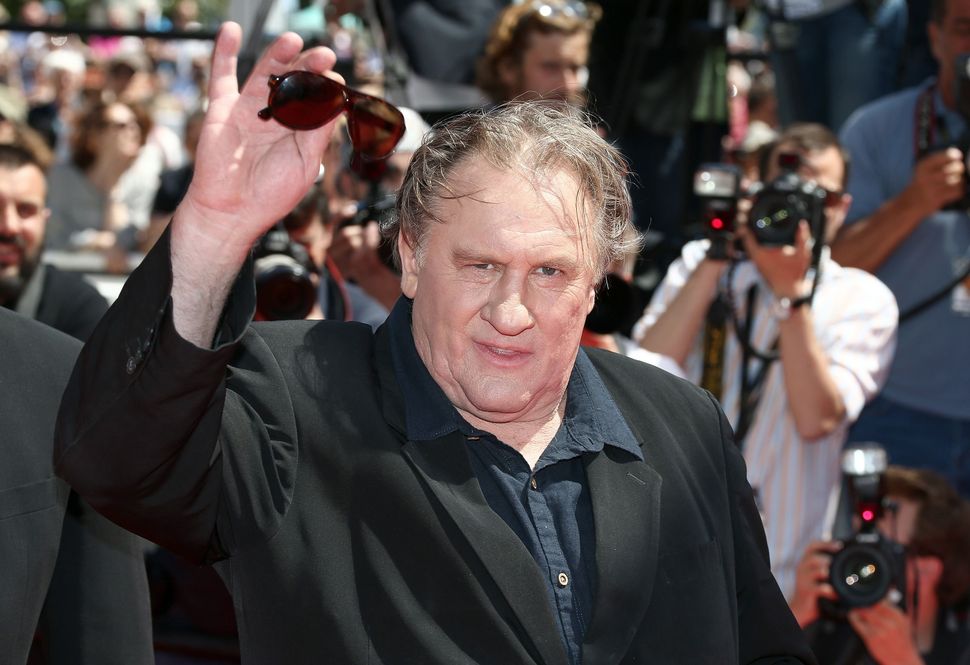 Gérard Depardieu, the French film star known for his roles in “The Last Metro,” “Cyrano de Bergerac,” and Kenneth Branagh’s “Hamlet” has shed some surprising light on his literary preferences: he’s currently working his way through the Babylonian Talmud.

The famously intricate rabbinic text isn’t the most obvious choice for light reading, especially for a non-Jew. Assembled from the teachings of thousands of rabbis, it’s been the subject of intense study and debate for centuries. (In high school, a Hebrew school class I was in spent a semester analyzing a single Talmud paragraph; I can confirm it’s not a chapter-a-night sort of book.)

Depardieu, whose new TV show “Marseilles” debuted on Netflix earlier this week, spoke to Le Figaro about his work on the program. (The interview, linked here, is only available in French.) Despite his work on “Marseilles,” he’s generally not a fan of television, preferring to spend his time reading.

Given that his nightstand is currently sporting “Aggadoth of the Babylonian Talmud” and Martin Lings’ “Muhammad: His Life Based on the Earliest Sources,” it seems he takes the endeavor seriously. “Marseilles” might be getting mixed reviews, but thankfully for Depardieu, his mind is, for the moment, on higher things.