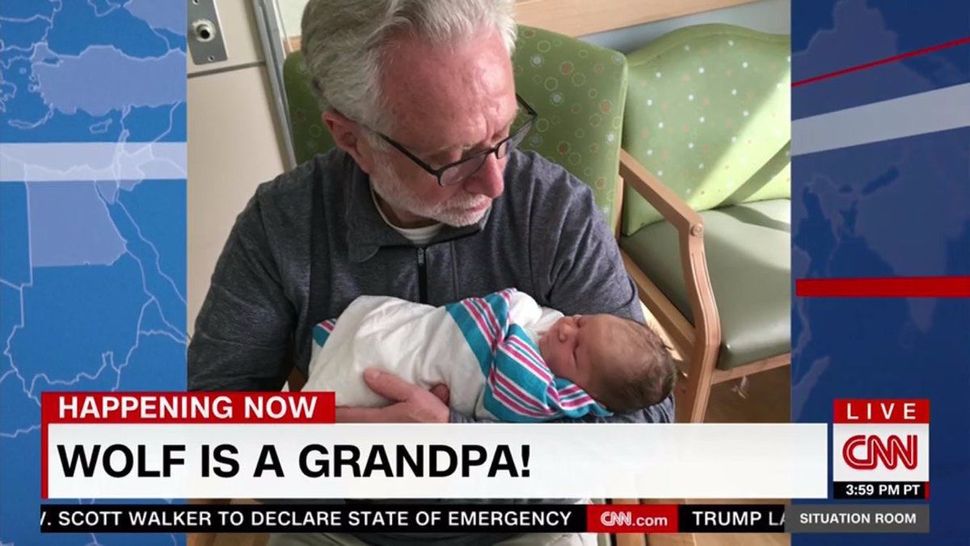 CNN announced the birth yesterday, sharing with it an adorable photo of Blitzer holding his new grandson. Blitzer’s colleague Jake Tapper shared a screenshot of the segment with congratulations on Twitter.

Congratulations to @wolfblitzer and his wonderful family! pic.twitter.com/w2qfhjqHyG

Other media personalities were quick to pick up on the news. “Remember,” wrote Buzzfeed Business editor Tom Gara, retweeting Tapper, “‘Wolf Blitzer’ is an ancient hereditary title, not a name. One day this child will become the Wolf Blitzer.”

We can only hope he’s right. Mazel Tov!