Did the New White House Director of Social Media Block Someone for Dissing Hanukkah? 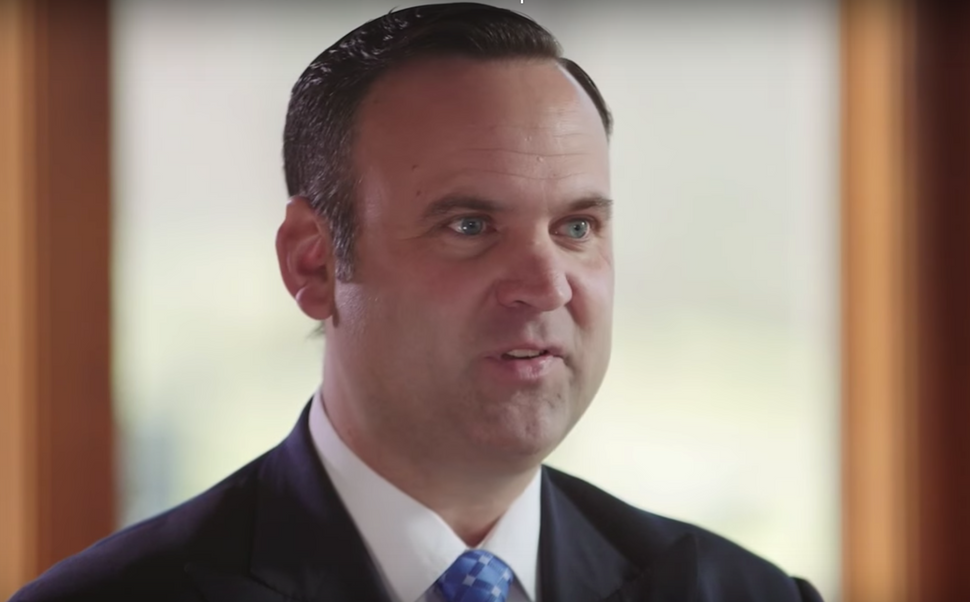 On Thursday, Donald Trump announced that Dan Scavino will serve as the White House director of social media.

Here’s a fun fact about the new appointee – or at least it is fun until you remember that he will soon be handed the keys to the @POTUS account – Scavino seems to spend a lot of his free time blocking people on social media.

For social media managers, being able to block users is an important tool. As the social media editor for the Forward, I have blocked numerous spammers, anti-Semitic trolls and accounts that have threatened our writers and staff.

Dan Scavino does not appear to be as discerning.

@realDonaldTrump I am a die hard TRUMP supporter & Daniel Scavino has Blocked me. WHY?

Dan Scavino blocks people that he has never spoken with:

Buzzfeed News published a story yesterday with more examples of Scavino’s blocking habits, and dozens more have taken to Twitter since to question why the New Yorker has blocked them.

One story in particular caught our attention.

Adam Serwer, a senior editor at The Atlantic, tweeted on Tuesday that Scavino once blocked him for arguing that Shabbat is more important than Hanukkah.

Dan Scavino, who blocked me bc I pointed out shabbat is more important than hanukkah, will be a WH press aide https://t.co/HiAUarf27p

This seems to be an important issue for Scavino, who last year blasted President Obama for giving a speech on Hanukkah instead of doing so “on Friday or Saturday evening.”

Serwer’s response seems to be what got him into trouble:

Scavino, responsible for Trump’s antisemitic meme, called Obama disrespectful of Jews for giving a speech on Hanukkah instead of Shabbat

That’s an impressive block by Scavino! He’s not tagged in the tweet, which means that he was searching his own name. Serwer calls him out for creating an anti-Semitic meme (he’s referring to this), but all things considered, it is a rather tame message. I have definitely been called far worse.

So, do not argue with Dan Scavino on Twitter. Do not tweet anything bad about Dan Scavino. Do not even send bad vibes in Dan Scavino’s general direction. Or come January 20, 2017, you could find yourself without access to the President of the United States’s Twitter account.

Did the New White House Director of Social Media Block Someone for Dissing Hanukkah?