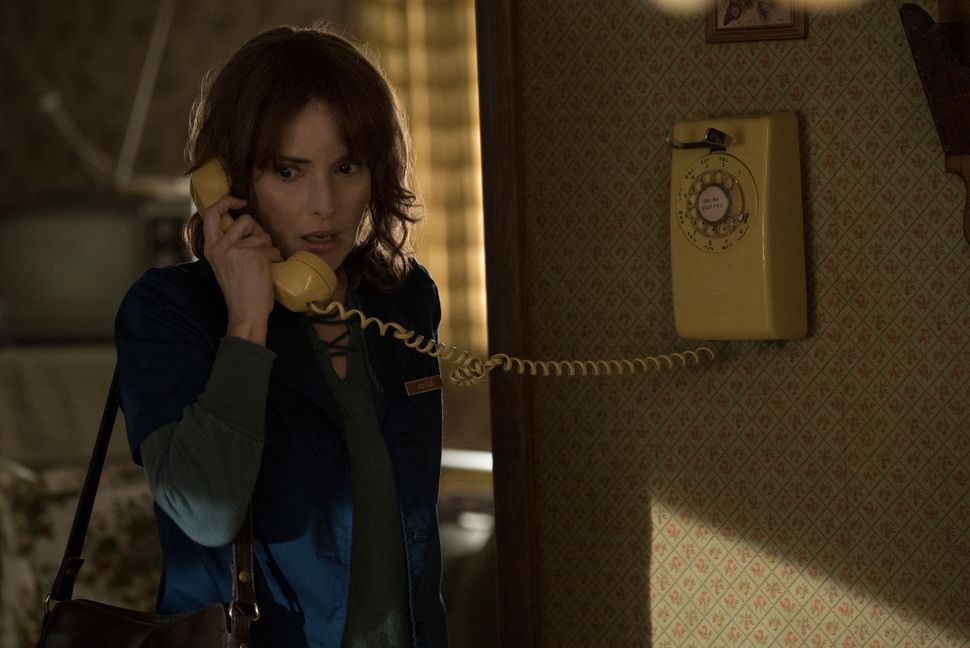 Winona Ryder’s career was in a tailspin for a decade or so, as she endured charges of shoplifting and dealt with depression, anxiety and a substance dependency. But the Jewish leading lady could see confirmation of a comeback this Sunday when the Golden Globes are awarded.

At the ceremony, she’s up for the Best Actress award after her leading role in the Netflix drama “Stranger Things,” in which she plays a mother investigating her son’s disappearance. It’s the first time she’s been in the running for a serious award since the ’90s, when she garnered a Golden Globe for her performance in “The Age of Innocence,” as well as another Golden Globe nomination and an Academy Award nomination.

Ryder came to prominence first in the late ‘80’s, when she starred in the classic Tim Burton dark comedy “Beetlejuice.” Other marquee credits included “Girl Interrupted,” “Mermaids” and “Dracula.”

Her career went into a tailspin when she was caught in 2001 shoplifting thousands of dollars worth of designer clothing, which eventually led her to be convicted on charges of theft and sentenced to probation.

She began to re-emerge in the late aughts, nabbing a supporting role in “Black Swan” as an aging ballerina. She also cameoed in “Star Trek.” But it’s her part in “Stranger Things,” a comedy-horror reminiscent of Beetlejuice that has really brought her the spotlight. And soon enough, we’ll know how bright it shines.