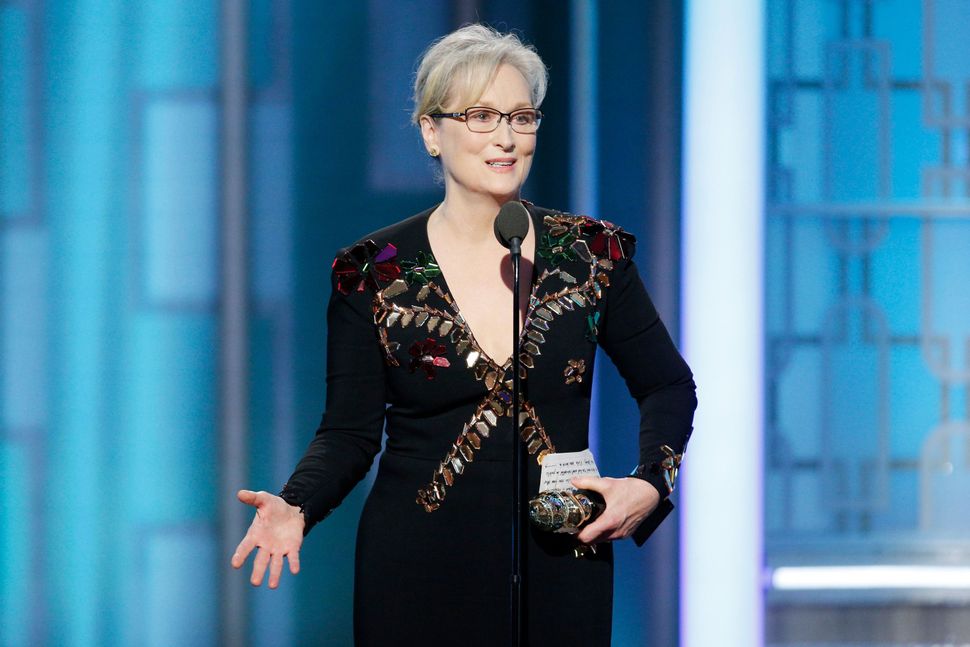 The Golden Globes aired last night, and there were plenty of juicy, poignant and altogether unexpected moments to go around. From Meryl Streep’s shout-out to Natalie Portman’s roots to Carrie Fisher tributes, we’re breaking down all of the night’s best Jewish moments.

The ceremony paid an unprecedented homage to Carrie Fisher and Debbie Reynolds.

The Golden Globes doesn’t usually have an “In Memoriam” segment, but an exception was made this time around.

“This past year, we lost so many legends and icons, but a few weeks ago, we lost a mother and a daughter within just a couple of days, and it was a terrible loss that we all felt,” host Jimmy Fallon said before a tribute segment for the two actresses was screened.

Stars also mourned the loss of the mother-daughter duo.

When Meryl Streep accepted her Cecil B. DeMille Award, she said her good friend Princess Leia once told her, “Take your broken heart and make it into art.”

Andrew Garfield got some unexpected side action.

After Ryan Reynolds lost out to Ryan Gosling for best actor in a motion picture musical or comedy, he took it like a champ — promptly laying a big kiss on Garfield’s lips.

Amy Schumer hung out with her “friends.”

The comedian snapped this picture of herself “hanging” out with couple Ryan Reynolds and Blake Lively.

And Reynolds returned the favor.

Having the best conversation. #goldenglobes

Evan Rachel Wood rocked a tuxedo for all the right reasons. 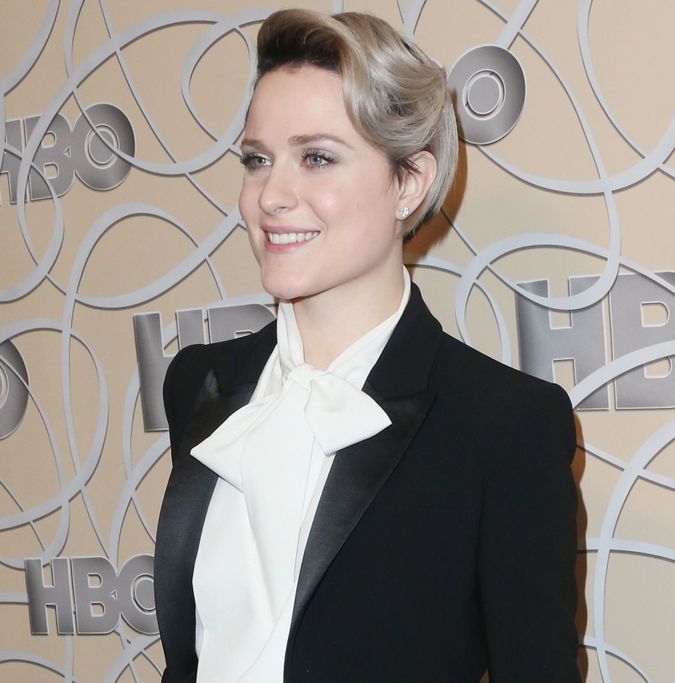 “I’ve been to the Globes six times. I’ve worn a dress every time. And I love dresses, I’m not trying to protest dresses,” Wood said. “But, I want to make sure that young girls and women know they aren’t a requirement and that you don’t have to wear one if you don’t want to. To just be yourself because your worth is more than that.”

Aly Raisman made it official with NFL player Colton Underwood. 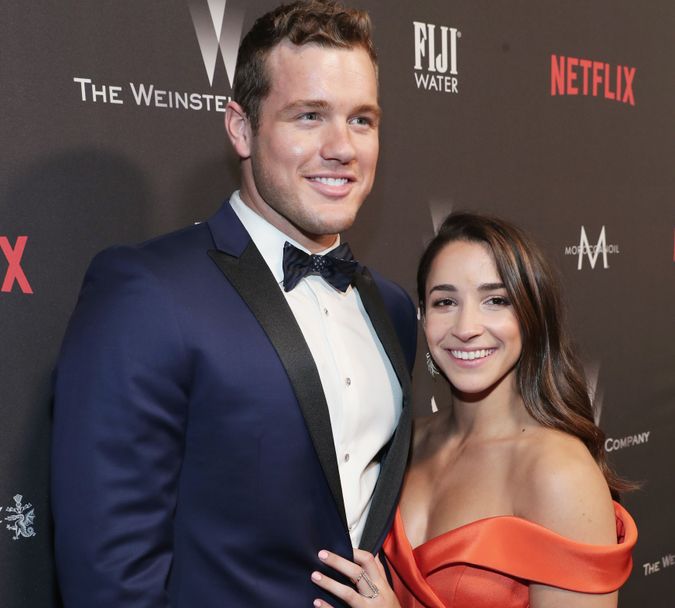 Remember back in the day when Underwood said in an interview that he would love to date gymnastics superstar Aly Raisman? Well, looks like he got his wish. The two made a red carpet appearance together as a couple.

During a poignant speech about the president-elect, Streep pointed out that Hollywood is “crawling with outsiders and foreigners.”

“Who are we, and what is Hollywood anyway? It’s just a bunch of people from other places,” she said. “Sarah Jessica Parker was one of seven or eight kids in Ohio. Amy Adams was born in Vicenza, Italy. And Natalie Portman was born in Jerusalem.”

The actress went on to to explain that if we kicked out everyone in the industry who is foreign, audiences would have nothing to watch but football and mixed martial arts.