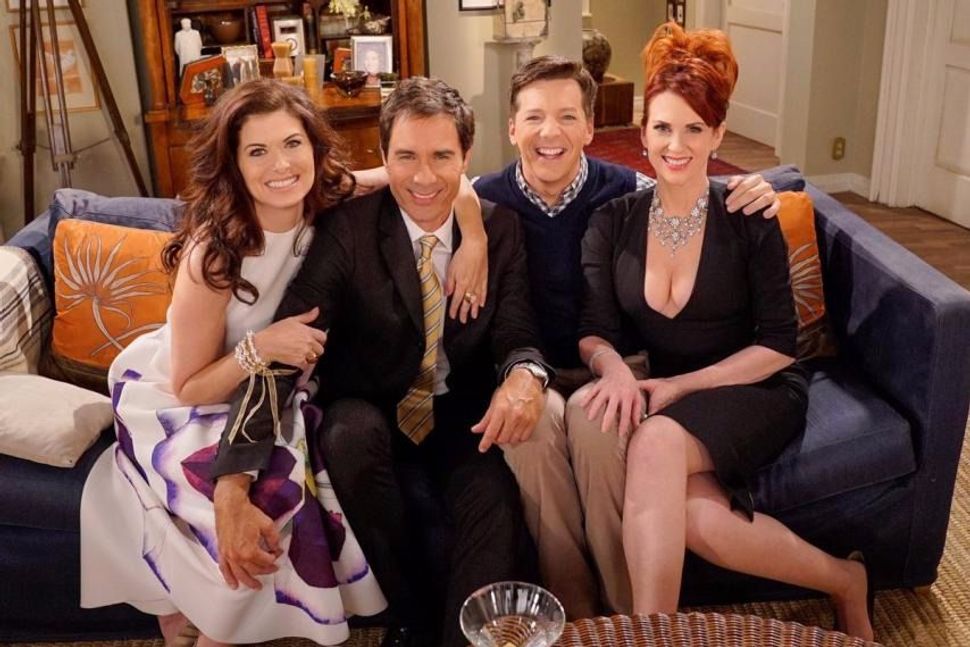 Will, Grace, Jack and Karen are all coming back, right when we need them the most.

NBC announced that the beloved sitcom “Will&Grace” will be returning for 10 episodes during the 2017-18 television season — and the show’s stars are just as excited as their fans are.

Jewish actress Debra Messing, who played the show’s star Grace Adler, took to Twitter to express her joy, accompanied by lots of emojis.

The show’s other three stars also spread their happiness on social media, complete with a little co-star bantering.

Okay, NOW it’s official! Will & Grace – The Reunion is Coming https://t.co/2rSlObBYDt via @YouTube

Yeah, but remember the rule: shower EVERY day. Agreed? https://t.co/p8h3Jk7oZI

The foursome briefly reunited for an election-themed sketch, which featured the actors slipping back into their old characters and talking all things Trump and Clinton. The clip quickly went viral, racking up more than 6 million views on YouTube.

“It was like a switch being pulled back and it felt like we just had a two-week hiatus,” Messing told The Hollywood Reporter. “After eight years together, we had a shorthand and it was completely intact. There was something really thrilling about that; to know that that role will forever be ingrained in our bones and we’ll have that connection forever.