Jews, We Need To Talk: Why Are The Men On JSwipe So Awful? 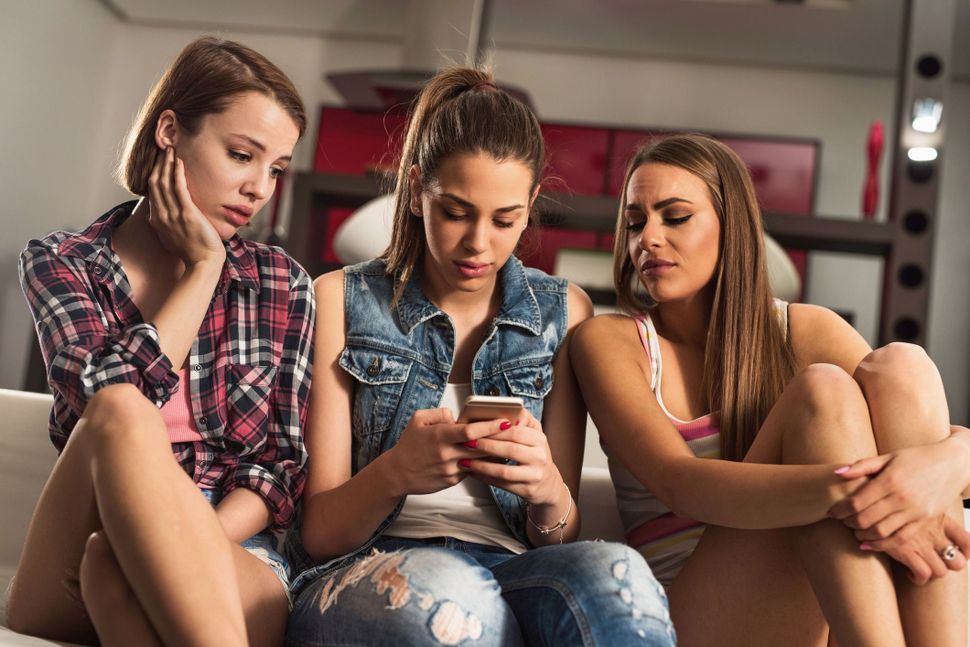 I am proud to say that my romantic history is a long line of summer camp lovers, AEPI brothers, Israeli soldiers who are conflicted and need to talk about it, and boys whose passion for Phillip Roth knows not the bounds of social convention.

I considered every single moment of Reform summer camp to be a part of one long first date. I have been on three (and counting) dates with Jewish boys that were set up by my mother. One example of a place I met someone who became a long term boyfriend? We were seated next to each other at a Tisha B’av viewing of “The Pianist”. In Israel.

So I believe I have the credentials to prove that I am a non-self-hating, equal-opportunity fan of Jewish men. No one who can trace his ancestry back to medieval Ashkenaz or the mellahs of Morocco can escape me.

But in my mid-20s, living and dating in New York City, I have found myself asking these questions:

If I am not for myself, who will be for me? If I am only for myself, what am I? And if I do not take this opportunity to ask the world why the men on the dating app Jswipe are uniformly awful, when will I?

When I graduated college, I downloaded Jswipe as well as several other non-religiously specific dating apps. My friends did the same. We were excited by the prospect of meeting people who would not immediately start reminiscing about their Intro to Philosophy term papers—so much the better if they were Jewish.

Like so many off-brand Jared Kushners, the men who populate Jswipe largely fall into these categories: people who are still watching “Big Brother”, proud Libertarians, men who own magen david necklaces the size of a bat, people who went on a boat once and won’t ever let you forget it, and men who have such an oily quality that they could help demonstrate the miracle of Chanukah.

Compared to American Jewish men found in other places, including similar non-religious dating apps, the men on Jswipe are, in general, significantly less likable, dateable, and interesting.

Why are the men on JSwipe extreme caricatures of negative stereotypes about American Jews?

I gathered four of my female friends, all of whom have been on two or more Jswipe dates, to discuss this. The group was comprised of two Jewish professionals, an artist, and an administrator—all Jewish women under the age of 30. Three were straight, one bisexual. I have assigned them the nom-de-plumes Sarah, Rebecca, Rachel, and Leah.

JENNY (THAT’S ME): What do you think of Jswipe?

RACHEL: I hate JSwipe for the following reasons. Number one: Almost everybody is deeply unattractive. Number two: I think it’s unnecessary to have a little star of David appear every time you swipe right. Number three: no one ever responds to me. Number four: JSwipe is a last-resort dating app. You go here before you die. It’s the Florida of dating apps.

REBECCA: I think it’s interesting—it’s probably the only format in the city that brings together all different types of Jews.

LEAH: I’m bi and there are next to no bi people on JSwipe. So if I’m not that into Jewish guys generally and there are no bi girls on there, it’s like—”what am I even doing here?”

SARAH: I am enjoying JSwipe for its pure dumbness.

JENNY: Have you gone on a date with someone from JSwipe?

RACHEL: I went on a date with this boy who seemed good and normal. He took me to dinner, took me to a concert—then he wanted to walk me to the train station but we were in Brooklyn so it was half a mile away! And it was raining! And then obviously, he was taking a train from the same station as me, so he walked me to the platform. And then we were just waiting, waiting, waiting for the train! There was no sign saying when it would come. Then it came with no warning and we did an awkward hug and that was that. I just can’t help feeling that if I had met a similar person on a different app they would have known when the date was over.

JENNY: What does that have to do with JSwipe?

RACHEL: It has to do with Jews in America.

REBECCA: The man I went out on a date with [from Jswipe] was named Bruce. And he didn’t want me to drink because he said it was inappropriate, even though he was drinking. I didn’t go out with him again, but I’ve run into him three times on the Upper West Side.

JENNY: I sometimes get the sense that there’s nothing wrong with these boys, but rather that JSwipe creates an uncomfortably familial feeling through low-level references to Judaism that invites men to relax in an unpleasant way.

SARAH: Why doesn’t JSwipe ask for height? This is probably the most important thing for our collective Jewish future. Get over yourself Jewish men! If I can date men who are shorter than me, why can’t you date powerful tall Jewish women?”

REBECCA: The same guys advertising their Judaism on JSwipe are hiding it on other apps. I think on Jswipe they’re like—”I go to a bar mitzvah every day!” And on Bumble they’re like—”I love canoeing!”

RACHEL: A boy on Jswipe said to me—if you could be a household appliance what would you be? And I said, “A toaster, you?” And then he said, “That would be my second choice. But first choice would be a washing machine—that’s the only way I can make ladies’ panties wet.” And I said, “Yotam, please!” And then he unmatched me.

Ultimately my feelings about JSwipe are similar to my feelings about Israel: Should Jews be held to a higher standard than other peoples? No, that’s arbitrary and anti-Semitic. But do I hold Jews to higher standards since they are my people and purportedly are living according to a book of 613 laws about ethical living? Yes, I do. If there is going to be a Jewish state, it should be excellent. And if there is going to be an app that exists to link me to eligible Jewish men in my area, it should not be either attracting or creating an environment that promotes a specifically Jewish brand of douchiness.

Like another patient lady, I stand tall on the shores of the aquamarine JSwipe app layout, crying:

Keep, oh internet, your panty-pic demanders named David! Give me your doctors, your lawyers, your huddled Ramah alums yearning to breath free. The wretched refuse of your five-mile radius, send these, the Democrat-voting dog-owners, to me.

Men on JSwipe, try to be better.

Jews, We Need To Talk: Why Are The Men On JSwipe So Awful?