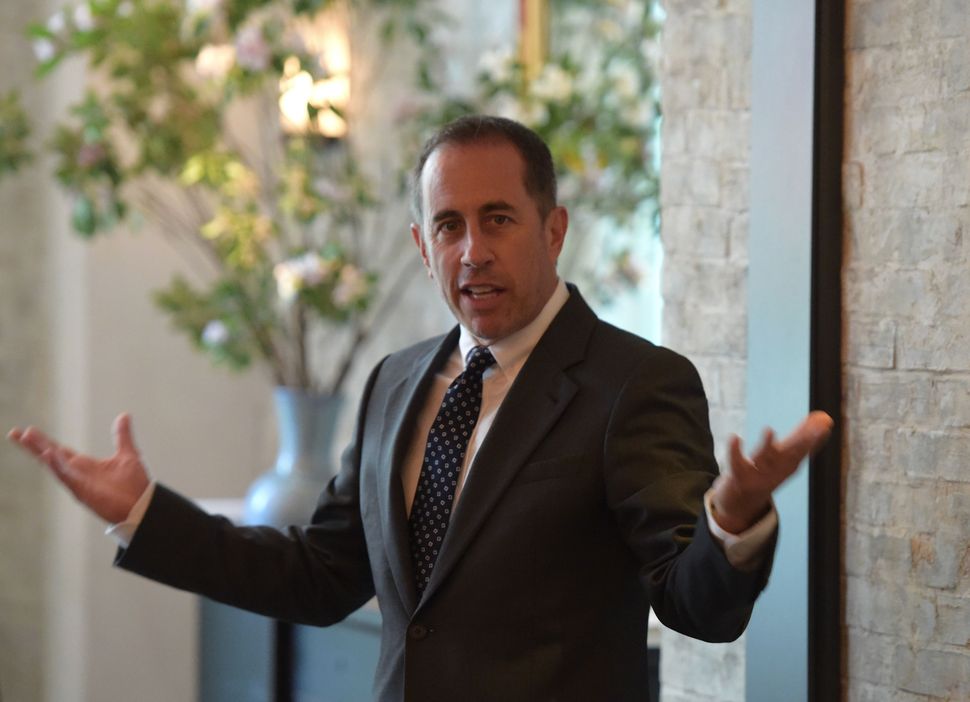 It all happened so fast. One moment, Jerry Seinfeld was giving an interview to a little-known radio DJ named Tommy McFly. The next, he was being accosted by a young blonde demanding the 63-year-old comedian be a good boy and give her a big hug. He refused thrice, she walked away, and the world as we knew it changed forever.

Hug-gate, as we (I) refer to it in the industry, was triggering for large swaths of America. It brought up memories of rejection and germs, of heartbreak and being forced to hug your forever-sweaty Aunt Meredith as a child. There were those who believed Jerry Seinfeld owed Kesha a hug as repentance for the patriarchy that made his path to stardom so much easier than hers. There were others who believed that when somebody loves you so much that she always packs an airplane carry-on suitcase filled with the complete DVD set of the sitcom that will always define your career no matter what you do from here on out, the least you can give her is a moment of refuge in your arms.

And then there were those who believed that Jerry Seinfeld owes Kesha nothing — which brings us to the question we must be asking at this time of the year: should we forgive Jerry Seinfeld for refusing to hug Kesha?

As painful as it was to arrive at this decision, especially because Jerry Seinfeld has not yet issued a public apology for his transgression, we at the Schmooze have ruled that this is a forgivable offense. When it comes to human on human contact, the law of the land is consent. Even if we cannot understand for the life of us why Jerry Seinfeld would refuse to hug a beautiful blonde woman who claims to be his biggest fan and also released a banger album last month, we must ultimately honor his (confounding) decision to reserve the gift of his touch.

We forgive you, Jerry. May you move forward into your next standup special absolved of all sin and free from the germs of strangers.