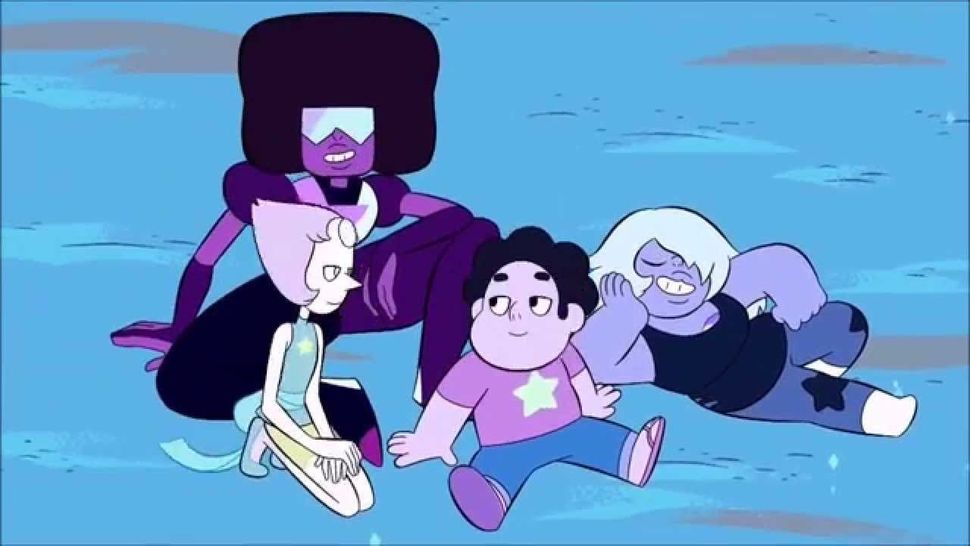 Steven Universe is a show about a bunch of anthropomorphized rogue gems who leave their home to save Earth from destruction. The protagonist, Steve Universe, is the half gem, half human child of the now deceased head gem, Rose Quartz.

It is a space opera played out against the backdrop of everyday life in a world where gender norms barely exist, where queer themes abound and questions of ethics, responsibility and boundaries are grappled with. It’s a cult favorite among celebrities like Nicki Minaj, Patti Lupone and T-Pain.

So how is it Jewish?

According to Wikipedia, Rebecca Sugar, the creator of Steven Universe is half Jewish, and so is Steven, apparently. In a Reddit AMA in 2014 she wrote that “The cartoon Steven is not exactly my brother… Steven is very literally mixed! He is meant to be read as mixed. He is half human half Gem! Me and Steven are too though! We’re both half Jewish.”

While Sugar probably meant that her brother Steven is half Jewish, half gentile, while character Steven is half human, half gem. It’s the metaphor of being ethnically mixed that unites the Stevens. But if a show is created by a Jew, does that make it a Jewish show? To what extent does ethnicity bleed into creative works? Is it a subconscious route we Jews can retrace? These … are obviously the questions of a child. Let’s turn our eyes to a different intellectual crutch instead. Steven’s curly black hair, his geeky thoughtfulness, and sense of social responsibility all make him seem like a certain archetype of Jewish boy. Steven Universe, both the character and show, is unprecedented, and the closest thing to Jewish representation on Cartoon Network that we currently have.