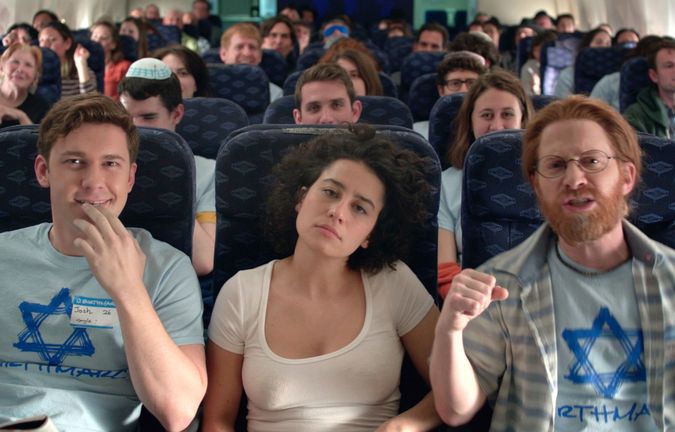 When I was eighteen years old, I declared myself a ‘citizen of the world’.

I was the classic secular Jewish teenager, raised in suburban Skokie, Illinois, and after I spent a semester in Jerusalem (more at home hanging in the Arab quarter than anywhere else), I found myself rejecting the ‘Next year in Jerusalem’ tropes. That semester during Passover, when most Jews celebrate our exodus out of Egypt, my mother and I rode a rambling bus through the desert on our way to Cairo.

Since then, Israel has remained a powerful metaphor as a refuge and a promise, but I learned to avoid its complicated politic in leftist, liberal progressive circles where Zionism has become a dirty word. I love the idea of Israel, but I rarely talk about my feelings about it because it so easily gets conflated, reduced, and crushed in the leftist political grind. Between debates over boycotts, divestments and sanctions, the horrific violence in Gaza, and continued injustices perpetrated against Palestinians in illegal settlements, it’s nearly impossible to express public love or tenderness for Israel without major backlash from those who cannot tolerate the nuance of a secular Jew’s irrational feelings about Israel.

That’s why I’ve been fascinated, relieved, and curious about what appears to be a surge in the number of ‘holy land’ fantasies appearing in contemporary American pop culture in the last two years. In literature, comedy, reality television and drama, ‘homeland’ returns have recently played a central role in the stories of Jewish-Americans eager to wrestle with Israel’s ambiguous meaning in our lives.

Take, for instance, Jonathan Safran Foer’s Here I Am, a 600-page tome hinged upon the holy land imperative. His first book after 10 years, Foer invents a fictitious Israel at the brink of destruction after a natural disaster strikes. Jacob, the protagonist, faces the demise of his own marriage and finds sudden and renewed meaning in his desire to return to Israel and fight to defend it. His Israeli cousin Tamir cuts through Jacob’s Jewish-American ambivalence with a knife, sharpening Jacob’s guilt over years of emotional distance from the state of Israel. 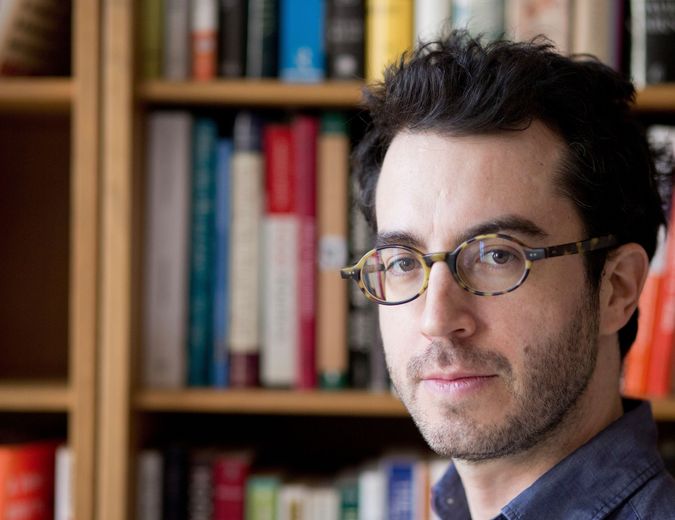 But after pages and pages of agony, asides, anxieties, and indecisions, Jacob never musters up enough chutzpah to return. He even makes it to the airport, but he never actually steps foot in the holy land. Instead, he simply turns back, rendered impotent by the possibility of actually fighting for something. The entire novel captures both the futility and necessity of an Israel fantasy fixed on the farthest horizon.

At least Abi and Ilana of Broad City add a little humor to the holy land return remix. While they aptly critique the Jewish-American ‘Birthright’ experience in the Season 3 episode called ‘Birthmark,’ the fact that they do a show about it seems to rewrite holy land fantasies back into the Jewish left. 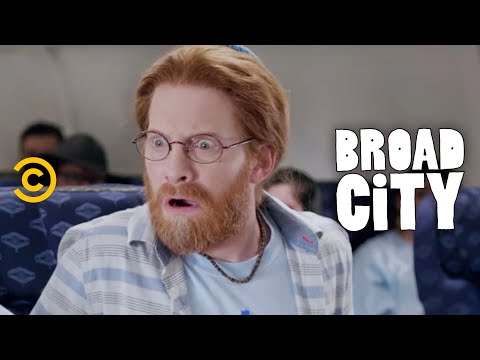 Yes, they question the very notion that Jews should somehow automatically pledge allegiance to a hyper-militarized, unjust Israel, but Abi and Illana still show up for the free ride, signaling a desire to reach the imagined shorelines of home. A series of shenanigans sparked by Ilana’s period land the girls at Ben Gurion airport and labeled as ‘suspicious.’ They eventually get deported and declare New York as their ultimate homeland, with better falafel than Jerusalem, but I’d argue that doing a show about a holy land fantasy, even with its critiques, revives and sustains our complicated relationship with Israel. Even when there’s mutual rejection on both sides, Israel still exists as a polemic, promise, and posture.

In the cult reality show Shahs of Sunset featuring the lives of wealthy Persians in LA, half-Jewish Reza and his friend Mike, also Jewish, convince their Muslim pack to join them for a holy land return, based on the premise that Reza wants to connect with his Jewish roots on his grandfather’s side and Mike needs to reconnect with long-lost family he hasn’t seen in years. Their request is met with side-eyes and eye-rolls by their crew who don’t see how it’s possible for them to step on Israeli soil with such tense relations with Iran. In classic ‘Shahs’ hysterics, a few cast members are held for hours by security at the airport for heavy scrutiny only to be released, bedraggled and suspicious of Israel as a tourist destination. Reza shouts, “It feels like I’ve been wandering in the desert for four-f–king thousand years. Get me a drink!” 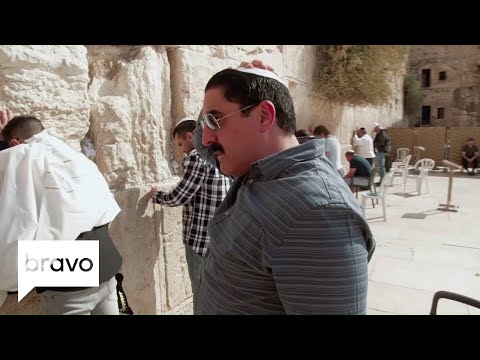 While most of the cast has a revelatory, spiritual experience at the Western Wall, acerbic Golnessa (“GG”) feels nothing and argues: “It’s just a wall. It doesn’t make sense. How am I supposed to go pray to that barrier? I want to break it down.” The comment offended many viewers, but GG’s searing honesty starts a dialogue, pitting holy land fantasies against a stark and more complicated reality.

Perhaps the Pfefferman family holy land return is the most epic of them all. Jill Soloway, the Jewish creator of Transparent, does not hold back with either her love or critique of Israel as it takes front and center in Season 4, with Jesus Christ Superstar songs buzzing in the background. When Maura (‘Mapa’) heads to Israel for a conference, her daughter Ali decides to join her for the sojourn, needing to get away. What unfolds is a heady, kaleidoscopic, emotional, collective family crescendo into the dark heart of legacy, identity, and home. Israel becomes a contested site not only as a political question but as the backdrop from which the family’s psychological dramas unfold. Maura discovers her long-dead father is actually alive and comes to term with his abandonment. Josh finally confronts his mommy issues, nearly killing her in the desert in the process. Ali’s struggle with her gender fluidity peaks and eventually urges her to leave her family to explore allegiances with radical gender queer activists in Ramallah.

In every episode, the holy land fantasy is cancelled by a more urgent, complicated truth. At the airport, Maura is misgendered and harassed while passing through airport security, making the journey alone to Israel traumatic. When they exit the airport and get down on their knees to kiss the ground, they’re both nearly knocked over by two gruff Hasidic men who couldn’t care less about this ‘holy’ moment. 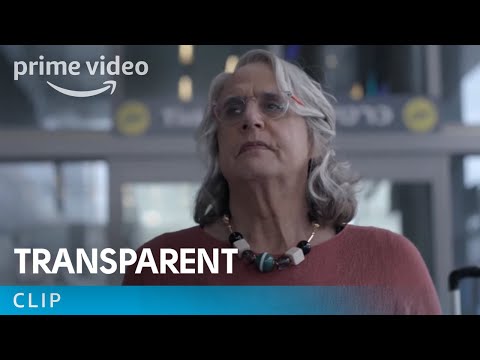 Ali makes the break to return to her radical activist friends, only to realize that their homestead has been destroyed and abandoned. The journey is riddled with failure, disappointment, resentment and loss. But Israel, in all its imperfections and contradictions, holds a mirror up to each and every Pfefferman anxiety and contradiction, and each leave Israel wholly transformed by the experience.

Perhaps all these holy land plot lines are really about a sense of whole-ness in a fragmented Jewish world. These new narratives write conflict and contradiction into the script, not so that Jews can excuse Israel for its unjust, imperfect policies, but so that Israel remains a sacred idea in all its imperfections — at once a promise, a striving, a refuge, a repair for a fractured Jewish world we’re trying to make whole — and holy — again.

That is, if we can get there.

Amanda Leigh Lichtenstein is a writer, editor, and educator from Chicago, IL (USA) with a current base in Zanzibar. Recent essays appear in Alma, Hypertext, Selamta and AramcoWorld. Follow her at @travelfarnow.