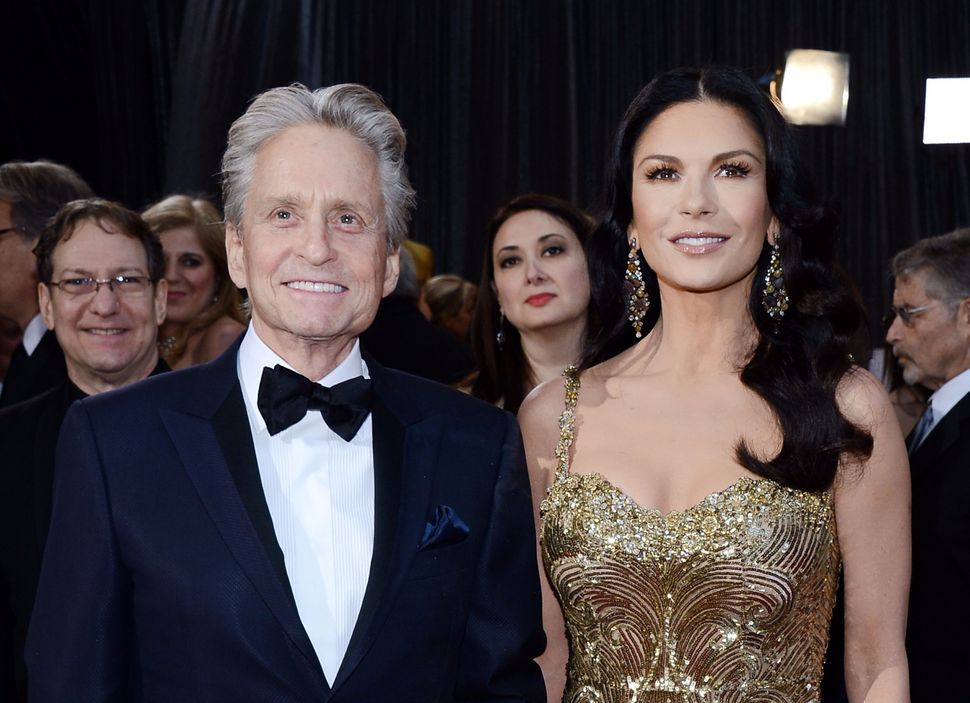 Catherine Zeta-Jones and Michael Douglas were married 17 years ago this Saturday in a petal-strewn, $1.1 million wedding at the Plaza Hotel in New York City. Zeta-Jones says every day of their marriage still feels like a 12 hour party at a luxury hotel.

On Saturday, the 49 year-old actress took to Instagram to celebrate her marriage to Douglas, whom she called her “best friend”. Douglas, now 73, and Zeta-Jones have two children, Dylan, 17, who was two and a half months old at the time of the wedding, and Carys, who is 14. Zeta-Jones wrote that with their family, every day feels like “a twelve hour fantastic party at the Plaza in New York.”

17 years ago today, I said ‘I do’ to my best friend and father of our two and a half month old son. Thought it could never get better than that day, but it did. Happy anniversary darling, Michael. With you, in my life, and Dylan and Carys, every day could be a twelve hour fantastic party at the Plaza in New York. Love you. #love #lovestrong

The longtime couple separated in 2013 but reconciled a short time later. Douglas says the marriage is “work on both our parts.” But you know what they say – work hard, party for 12 hours at the Plaza hard.