Here Are The Best 5-Minute Hanukkah Story Videos For Kids 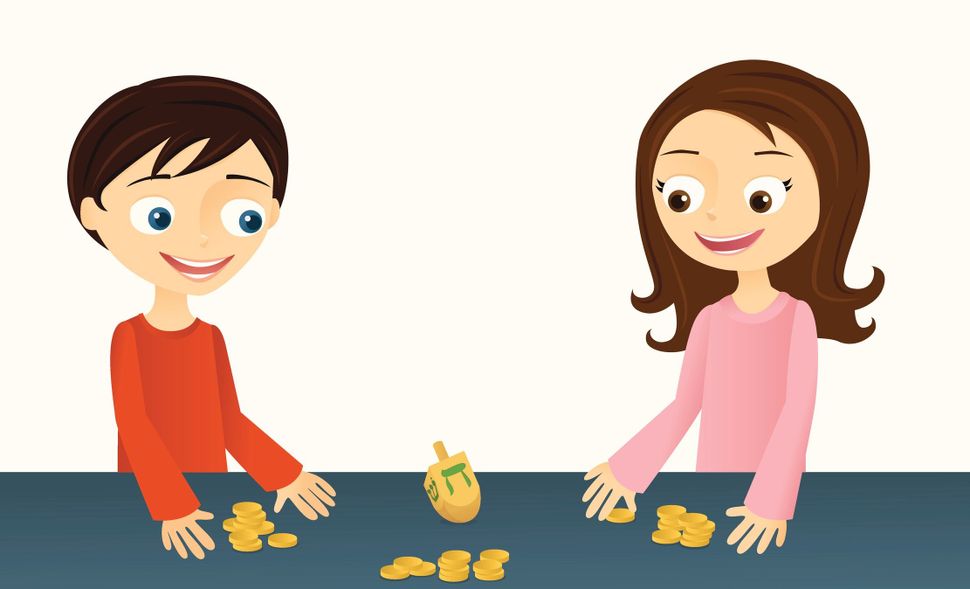 Watching every single YouTube video about the story of Hanukkah is like eating eight straight days of latkes — it’s not for the faint of heart. But Hanukkah education isn’t all fun and dreidel games, so we hunkered down and watched an amazing amount of animated footage of bearded cartoon characters so you’ll have the perfect video to show your kids.

Aleph-Beta: “The Story of Chanukah”

This exceedingly charming video, around 4 minutes long, goes into impressively kiddy-friendly spiritual depth. Sadly, it refers to the Seleucids as the Greeks, but you won’t notice that because you’ll be talking with your kids about how it can be hard when God is “silent” and what it means to “rededicate” your relationship to God. We were embarrassed by how moved we were by this video.

Howcast: “How to Understand the Hanukkah Story”

Hubbah hubbah. If you like your historical YouTube videos below two minutes and full of accurate information dispensed clearly, you may enjoy this video. It had me at “In 332 BCE, Alexander the Great of Greece conquered Jerusalem, leading to an extended period of foreign rule.” This won’t do much for tiny children, but it’s the only video you need for 5th grade through your 50s.

Bless the alternative “Sesame Street” universe, where there is a “Hanukkah Channel” hosted by Veronica Monica and showing “eight days of nonstop Hanukkah content” and doesn’t mess around with a straight up explanation of the importance of “celebrating your customs and beliefs the way you want to!”

BEST “WHAT IS HANUKKAH” VIDEO:

BIMBAM: “What is Hanukkah?”

I am going to live longer because this blessed video calmly dispels so many Hanukkah myths in under four minutes. It is clear, amusing, accurate, and overall delightful.

This is a cool-kid fan-fiction-y Hanukkah explainer with an emphasis on dreidels. It infuriatingly refers to the Hanukkah-enemies as “the greeks” (they were Assyrian-Greeks known as Seleucids, people!) but it has crystal clear explanations and jokes parents can enjoy.

Speakaboos: “The Story of Hanukkah”

The narrator has the most soothing voice of any, and blessedly refers to Antiochus as “the king of Syria” (close enough!) The storytelling is great and the graphics are pleasant. Our only big complaint is that the animator gave almost every Jewish character a creepy mustache.

Chabad: “The History of Hanukkah”

Glorious accuracy! Cutesy kiddy storytelling! Unbearable nasal child voice over. You can’t have it all, but you can have most of it. Watch it here.

This is great because it’s the story of Hanukkah according to a pirate puppet, but bad because the puppet instantly misidentifies a Hanukkiah as a Menorah (learn the difference, people!)

This video has the kind of animation that is very painful for adult eyes but hilarious for children. It’s light on facts (the story takes place “a long time ago,” the Macabees fight “the Greeks,” etc) but it comes from an interactive Hanukkah app, which sounds pretty important (especially if Netanyahu is close to right about non-Orthodox Jews dying out thing.) The whole video is presided over by an emotive humanoid dreidel whose voice sounds like farts. Truly a video parents will hate and children will love.

Thank the God of Sarah, Rebecca, Rachel, and Leah for the Jewish Women’s Archive! This video beautifully explains the much under-taught story of Judith, who is associated with Hanukkah. Force every person you know 10 years and up to watch this video, as long as you’re ok with the hearing the words “sexuality” and “problematic,” which in the name of Judith you absolutely should be.

Here Are The Best 5-Minute Hanukkah Story Videos For Kids