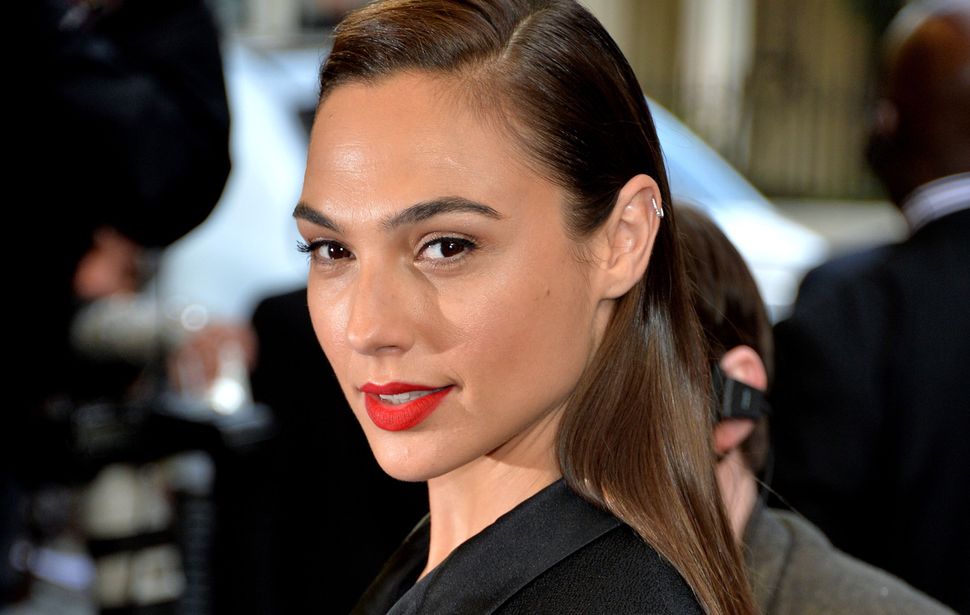 Heads, not to mention eyes, must be rolling at the magazine “Vanity Fair,” where a cover photo of Hollywood royalty taken by Annie Leibowitz has captured unwanted attention. The image includes the actress Reese Witherspoon leaning sensuously against Oprah. The “Big Little Lies” star looks perfect, except that she has three legs.

Inside the magazine, another photo, which has now been removed from the publication’s website, shows Witherspoon leaning against the talkshow host, this time bi-pedal. But in this photo, Oprah has one hand on her hip, one resting on her own thigh, and a third wrapped around Witherspoon. And in all this melee, lets not forget that Gal Gadot, the Israeli actress who rocketed to worldwide fame as “Wonder Woman,” is once again made to look foolish.

The fabulously talented female performers on the cover of Vanity Fair are given, as is usually the case, rather short shrift. A basic scan of the image shows that every woman on the cover is wearing mere strips of fabric while slumped against something in a way that makes her shoulder blades burst forward, intentionally exposing a low fat-to-flesh ratio.

Don’t get me wrong, I like billowy-haired chiffon-draped skeletons as much as the next guy, and I think feminine sensuality is downright delightful. But, with the exception of Oprah, who is treated as an honorary man for this purpose (obscured by dark clothing and sitting up) the contrast between these women and the upright, power-posed men, all of whom are completely covered except for their faces (and Harrison Ford’s chest triangle) is a little shocking.

And then there’s Gal Gadot. Standing apart from the other women, wearing a hairy-looking corset matched with a large pair of underwear and a sheer petticoat, Gadot has been styled to remind viewers that she should be seen, above all, as a sex object.

Despite her acting chops, her activism, her athletic prowess and the fact that she was the highest paid actress in Hollywood this year, Gal Gadot is not treated even with the negligible seriousness other actresses at early stages in their careers enjoy. Perhaps because she was a model and came to attention by being Miss Israel. Perhaps because she speaks in a funny accent and often makes mistakes (it is, after all, her second language.) The brief description of Gadot that the magazine provides lauds her height, beauty, athleticism and “goddessy glamour” before saluting her “secret power,” which they say is “charm.”

Gadot is, indeed, exceptionally charming. But the publication’s inability, just like “Saturday Night Live,” to reconcile the actress’ extreme beauty and sex appeal with her talent is depressing.

The coverage of the other female performers on the cover isn’t much better — Jessica Chastain has “cherry red hair and a creamsicle complexion” and plays roles that “require her to keep her dimple cocked” while Harrison Ford’s smile is described momentarily before a long reflection on his greatest roles. The other actresses are bodies first and actresses second. Gadot is treated, as she so often is, as just a body.

But what else can we expect from a world where one of the most agreed-upon conventionally attractive women in the world is so viciously photo-shopped that she ends up with three legs?