Sweet Revenge: Sarah Silverman Has Been Eating M&Ms With Her Ex’s Face On Them 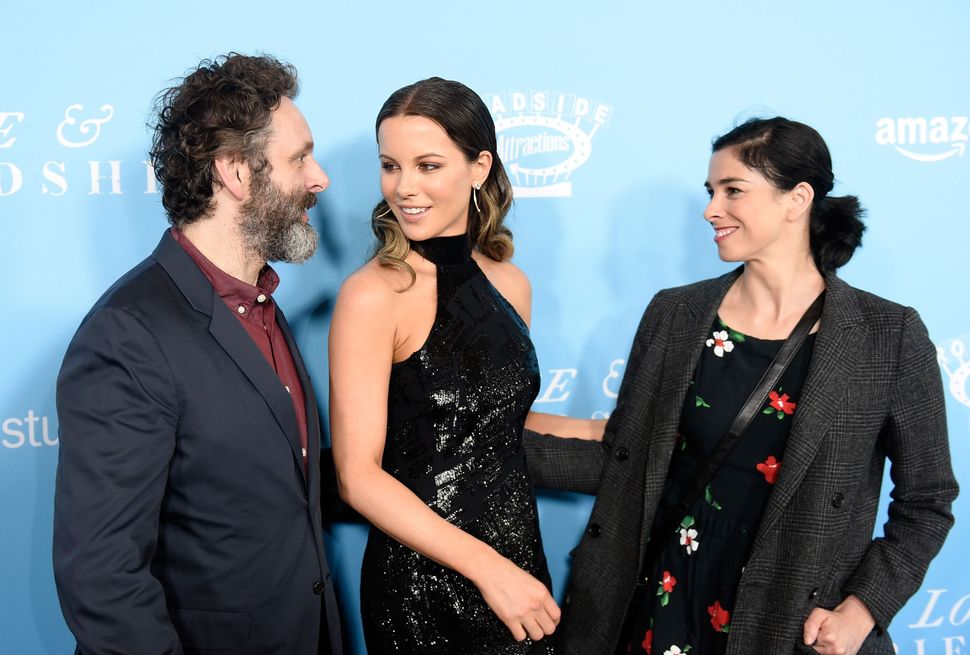 Silverman, with her then-boyfriend Michael Sheen and his ex-partner Kate Beckinsale. Image by Getty Images

Chocolate and female friendship are scientifically proven to help women rise again after breakups, greater and more terrible than ever before, like Lord Voldemort.

The ever-wise Sarah Silverman knows this well, though in her case the female friend is her ex-boyfriend Michael Sheen’s ex-girlfriend Kate Beckinsale. Also in this case, the chocolate is M&Ms Beckinsale gave Silverman after her breakup, which are personalized with photos of Silverman kissing Sheen on the cheek.

Silverman, who announced this week that her four-year relationship with Sheen ended near the end of December, posted an image of the deluxe M&Ms on Instagram, with a note that she has been enjoying them microwaved, thanks to the “very thoughtful and very cruel Kate Beckinsale.”

“So very alone,” she added. “THANKS KATE.” Beckinsale dated Sheen for eight years starting in 1995, and they have a 19 year-old daughter, Lily Beckinsale-Sheen. After the exact kind of violent backlash one might expect from the measured and reasonable users of the internet, both Beckinsale and Silverman took to social media to explain that Beckinsale gave Silverman the gift long before her breakup. “I’m KIDDING (good lord) she gave me these for Christmas before M & I broke up!!!!” Silverman amended her original post. Beckinsale chimed in, with the distinct air of someone who has recently received death threats from Silverman fans, “Of course I support you microwaving his head at any time I just have to make it clear I’m not actually insane!”

Been ending every night with a microwaved bowl of personalized m&ms given to me by the very thoughtful and very cruel @katebeckinsale to remind me that I’m alone in this world. So very alone. THANKS, KATE. (Seriously they are so good esp melted which is why the microwave) ** **I’m seeing stuff on twitter about this and need to clear up I’m KIDDING (good lord) she gave me these for Christmas before M & I broke up!!!!*****

Beckinsale has previously said of Silverman’s role in her family’s life, “Having as many strong females in your teenage daughter’s life as possible is a good thing.”

Eating your ex’s face, remaining close with the mother of your boyfriend’s child, microwaving M&Ms — it’s all good news. Our only complaint is this: SARAH SILVERMAN SHOULD BE RECEIVING GIFTS FOR HANUKKAH, NOT CHRISTMAS.

Otherwise, all seems well in the world.

Sweet Revenge: Sarah Silverman Has Been Eating M&Ms With Her Ex’s Face On Them