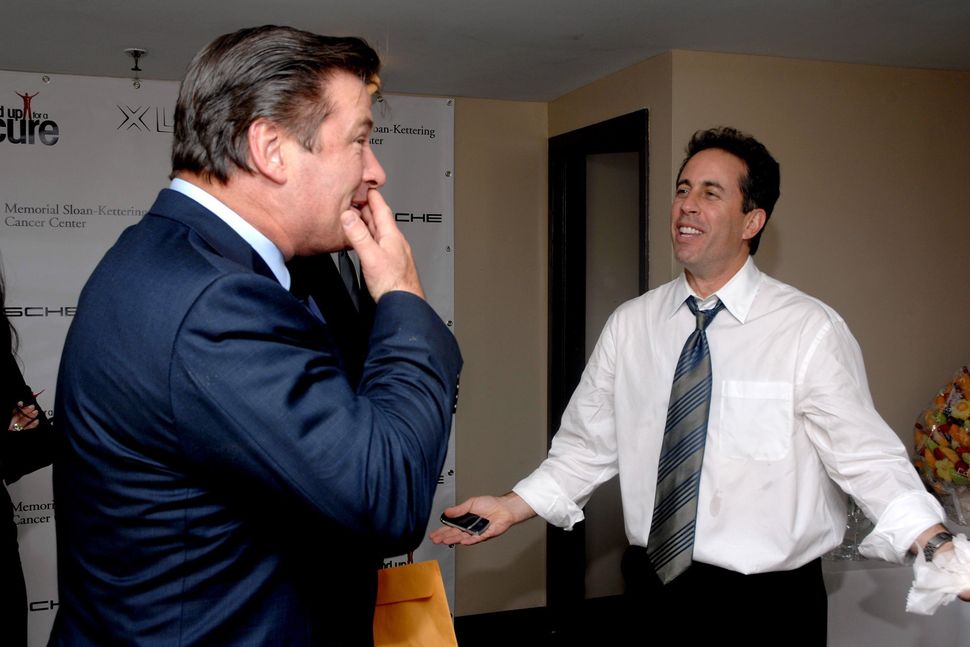 After the Academy Awards Sunday night, Jerry Seinfeld joined Alec Baldwin for the first episode of Baldwin’s new talk show “Sundays with Alec Baldwin.” It was inevitable that their conversation soon turned to #MeToo and the social justice crusade that has swept through Hollywood as of late.

“What is amazing is the speed and efficiency of the system of justice that is taken shape so quickly,” said Seinfeld. “The number of people, and who they are and what they are doing, that doesn’t surprise me.”

The two men went on to lament those who have been exposed and accused since the October Weinstein expose was published, including Kevin Spacey and Louis CK. Baldwin suggested that men may be reticent to hire women, fearful of getting accused of sexual misconduct for making an inappropriate joke. Seinfeld shared his concern but noted that the movement has to happen.

“Doesn’t this seem like a necessary bowel movement that the culture has to have?” asked Seinfeld.

In an interview with the Hollywood Reporter, Baldwin defended himself for standing up for his own friends that have been accused, such as Woody Allen and director James Toback.