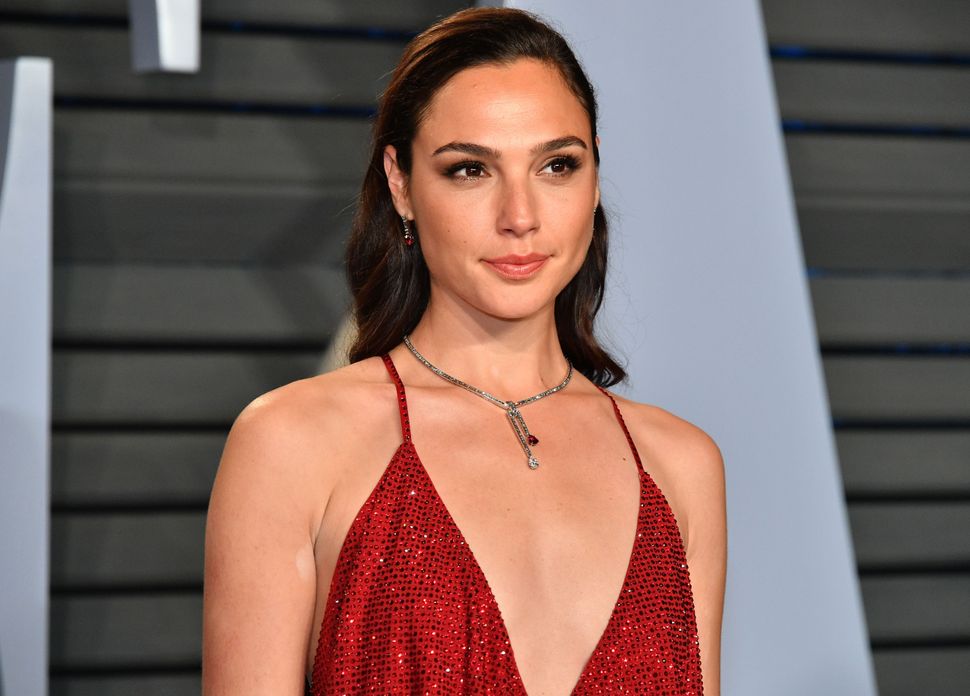 According to Robert Frost, nothing gold can stay. According to Bruce Lee, mistakes are always forgivable, if one has the courage to admit them. According to the staff of the Forward, when the news of a Gal Gadot controversy was announced at a morning editorial meeting, indistinguishable shouting of several different opinions.

Gal Gadot, alias ‘Wonder Woman,’ global ambassador for the concept of 21st century Zionism and also for Reeboks, is in trouble. The actress is being attacked for a post on social media she wrote in response to physicist Stephen Hawking’s death on Wednesday. Let’s examine that post:

Rest in peace Dr.Hawking. Now you’re free of any physical constraints.. Your brilliance and wisdom will be cherished forever ✨

The heart of the controversy, demonstrated in thousands of comments on both Gadot’s Twitter and Instagram, is that by calling Hawking “free of any physical constraints,” she implies that Hawkins’ life was limited by his disease and suggests an ‘ableist’ perspective — essentially, that he was defined more by his disease and disabilities than anything else.

I think you’re fantastic Gal but this tweet is very ableist. His physical constraints didn’t stop him from changing the world. People with disabilities don’t wish for death to be free of their challenges. We wish to be valued for what we CAN do, not pitied for we can’t.

Rather than present an opinion on this divisive issue, we have assembled what we feel is a complete list of every single opinion that could possibly exist on this tweet. Please share your answer in the comments.

A. This is incredibly offensive. Reducing a genius scientist to his physical body is condescending, bordering on disgusting.

B. Having a progressive disease that paralyzes your body to that extent is objectively physically constraining, and there’s nothing wrong with acknowledging that.

C. Her comment had nothing to do with his disease — all people are “free of any physical constraints” when they die; it’s a normal thing to say.

D. I’m just glad she didn’t say anything about his opinions on BDS!

E. She wasted her platform by not condemning his BDS!

F. The Forward should stop writing articles about tweets even though Twitter is the platform public figures use to put out statements!

G. The tone of the whole tweet is condescending.

H. Guys, this was probably written by her publicist.

I. Political correctness doesn’t even exist in Israel! This is a cultural issue.

J. The most offensive part about this statement is her devil-may-care use of punctuation.

K. Celebrity culture is the opiate of the masses, and denying it value is the only way we will ever escape this labyrinth of collective suffering.

L. She should have said zichrona livracha, not rest in peace. So goyish.