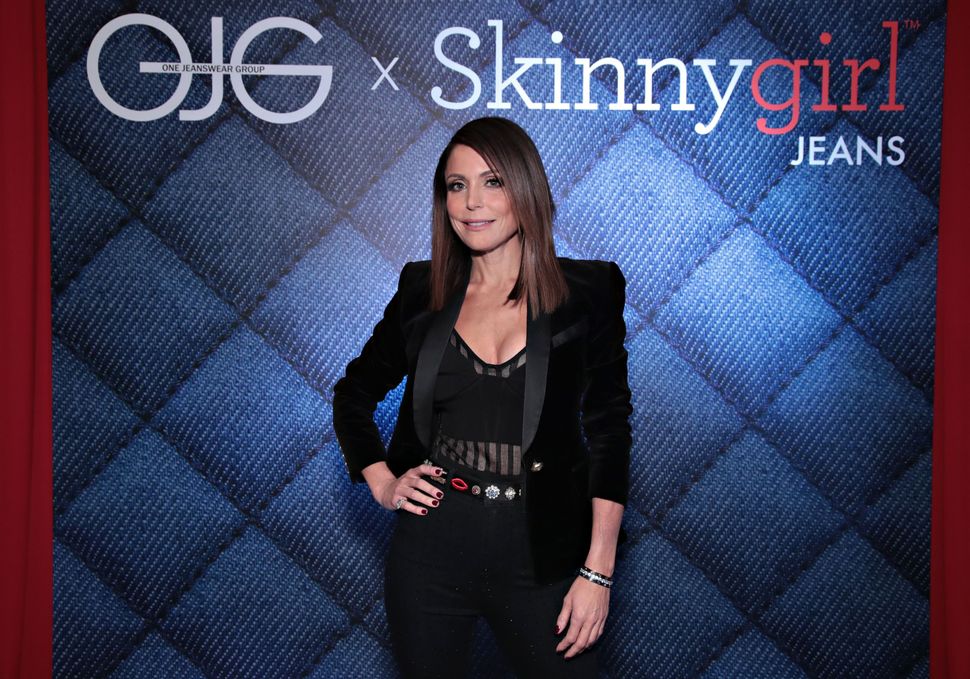 Ms. Frankel, at a launch for her new line of jeans. Image by Getty Images

Internationally renowned aid worker Bethenny Frankel* announced this week that she “kind of” went on a date with Meghan Markle’s ex-husband Trevor Engelson. Should your memory need refreshing: Markle, who is set to marry heir-to-the-British-throne Prince Harry on May 19, is divorced from American Trevor Engelson, a greasy-yet-affable movie producer who just happens to be Jewish (though Markle isn’t.) Frankel, once again, is a noted philanthropist and disaster worker.**

In an interview for Australian radio on Monday, Frankel said she and Engelson went out “as a romantic interest” just one time, but “haven’t hooked up.” Their relationship, she says, has continued, but it “bypassed the romantics and went into the business.”

*Okay, she is most famous for being a Real Housewife, but she has also done great aid work!