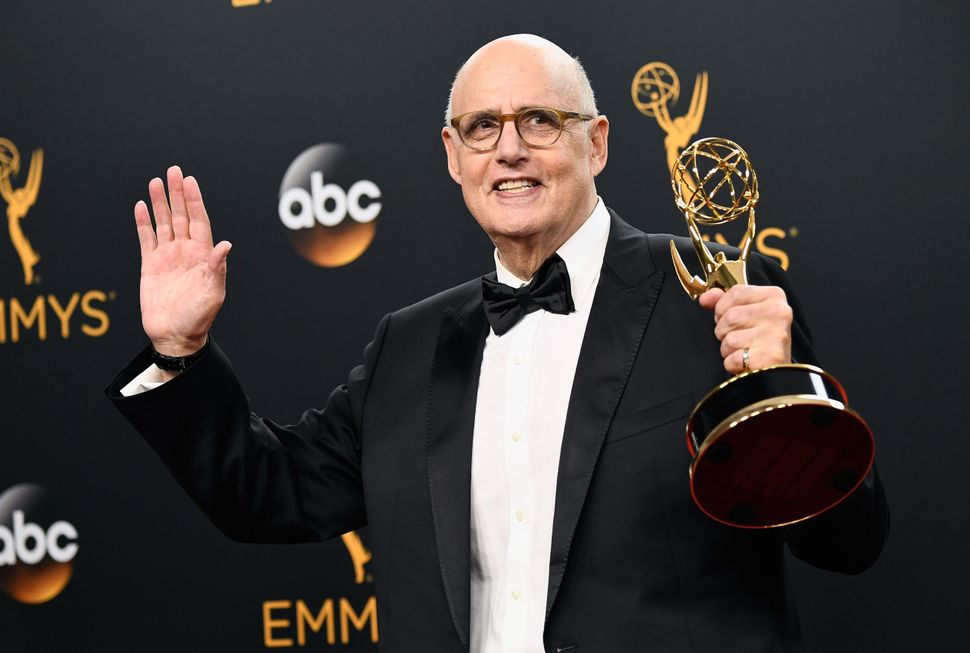 Jeffrey Tambor, accepting an Emmy Award in 2016 for “Transparent.” Image by Getty Images

The painfully funny series “Arrested Development” will return for a fifth season in painful times. Despite allegations of sexual harassment by former co-workers against “Arrested” star Jeffrey Tambor, Netflix is set to announce a release date for the show’s belated fifth season very soon. Michel Hurwitz, the show’s creator, said on Tuesday that the new season is forthcoming and, in the meantime, a re-cut version of the fourth season will drop on the streaming site on May 4. Happy “Cinco De Cuatro” to one and all!

[Ron Howard narrator voice] Here’s what happened: “Arrested Development” ran on Fox for three uproariously bizarre seasons, from 2003-2006, when it was unceremoniously canceled by the cruel hand of fate. After the show experienced a second wind (created by the wings of Gob’s escaped doves?) through its run on Netflix, the streaming giant produced a 4th season with the same central cast, which premiered in May 2013. The season, which departed from the show’s former style by centering each episode around individual characters, was a critical “meh.” On Wednesday, Hurwitz announced that he will re-release the season, having recut it to blend the characters’ stories instead of confining them to separate episodes. He also hinted that a 5th season of the beloved show is closer to announcing a premiere date than fans had suspected.

The 5th season of the show has been filmed, but that announcement came just as the show’s star, Jeffrey Tambor, was accused of sexual misconduct on the set of his hit Amazon show, “Transparent.” Tambor, who has been fired from the show, has not been cut from the upcoming “Arrested” season, according to any statements by the creators of the show. Tambor’s costar David Cross told Entertainment Weekly after the accusations, “I can’t speak for everybody, but I know there are a number of us who stand behind him. From the limited amount we know, we stand behind Jeffrey — and I am one of them.”

Oh brother, as Buster Bluth might have it. Will we, “Arrested” fans, be saying “I’ve made a huge mistake” after watching the recut 4th season episodes and the brand new season?

Only time can tell.