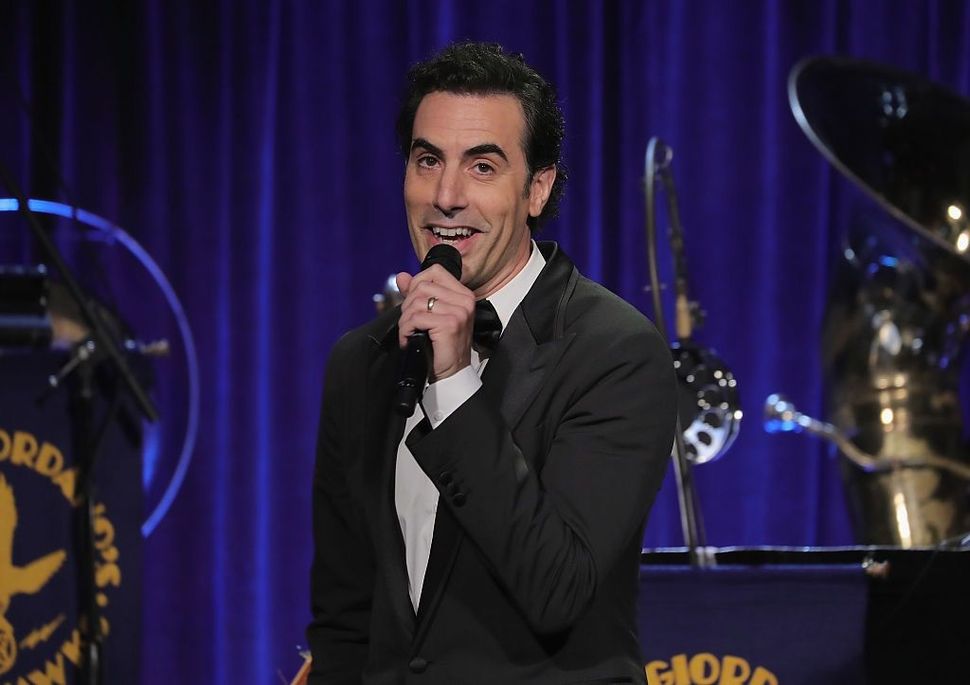 Reporting live from we can’t have any nice things, TV edition: Creepy comedian Kurt Metzger wrote for at least one episode of Sacha Baron Cohen’s new Showtime series “Who Is America?”, Jezebel reports.

You may remember Metzger from such greatest hits as lashing out at UCB performers who came forward with rape allegations against another comedian in 2016.

Metzger, whose Twitter bio once proclaimed him a “proud cuck and rape apologist,” has a storied history of harassing women online. He also admitted online that he had choked an ex-girlfriend “because she was insane,” saying the assault was “definitely criminally (sic).” In the same vein of assault, he wrote that Rihanna was a “dumb bitch” who got what she deserved for dating Chris Brown.

Past conduct in mind, Metzger seems like an odd choice for Cohen’s new show, which aims to troll and debunk those in power. For a program that’s gone out of its way to fool the likes of Joe Walsh, Dick Cheney, and Roy Moore, the hiring of a comedian who has repeatedly minimized and assaulted oppressed groups doesn’t seem like an ideal fit.

That being said, gender-wise, Metzger fits right in with Cohen’s writing team: As Buzzfeed’s Summer Anne Burton noted on Twitter, IMDB lists a team of 10 all-male writers for the show.

We hope that Kurt Metzger is enjoying his societally ordained punishment of a nice writing job on a prominent new series.