Timothée Chalamet’s Fan Account Transforms Him Into Works of Art 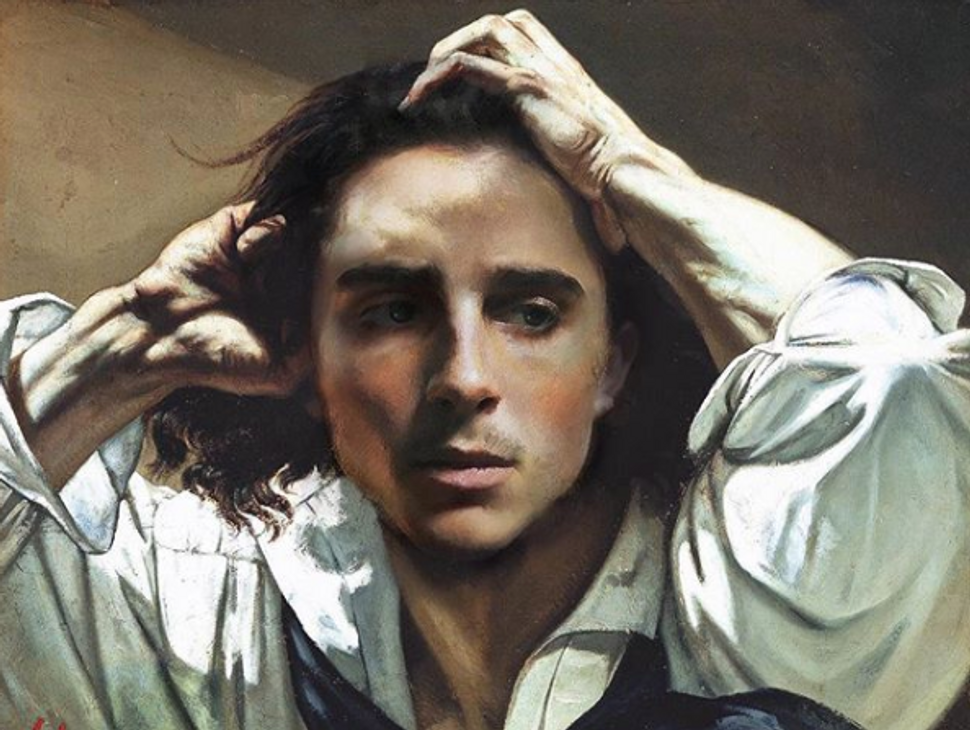 On October 20th, the producers of “Call me by your Name” gave the undeserving world a gift by introducing us to rising Jewish star, Timothée Chalamet.

Climbing aboard his rocket ship to fame, Chalamet has since announced upcoming roles in more coming of age films like “Dune”, “Hot Summer Nights” and “Beautiful Boy”. If you’ve been twiddling your thumbs thinking of what to do till till they premiere, you’ve come to the right place.

Scroll through the hidden social media treasure troves created by the fans, for the fans. We have been blessed with the account titled, @cmbynmonet, (which stands for Call Me by Monet) to hold us over till the adored actors next film release.

The Instagram handle’s bio gives their 65.1K followers a prelude to their art. It reads: “This,” I said by way of a preface meant to keep his interest alive, “is the spot where Monet came to paint,” referencing a line from the novel “Call Me By Your Name” upon which the movie was based. Their limited curation — 25 photos in total — pull scenes from the highly acclaimed film and integrate them with paintings by Claude Monet.

Now, a second wave of brilliant Timothée Chalamet fan accounts have surfaced. One such platform making headlines for photoshopping the young muse in famous paintings is: “Chalametinart”. In just two weeks, the account has accrued more than ten thousand followers.

“Paintings that have had Chalamet inserted into them include Caravaggio’s “Boy With a Basket of Fruit,” Richard Westall’s “George Gordon Byron,” and Grant Wood’s “American Gothic,” says Indiewire’s Zach Sharf.

If you’ve ever wanted to grow your Instagram followers, using Timothée Chalamet as bait will now give you a fair chance.

Timothée Chalamet’s Fan Account Transforms Him Into Works of Art