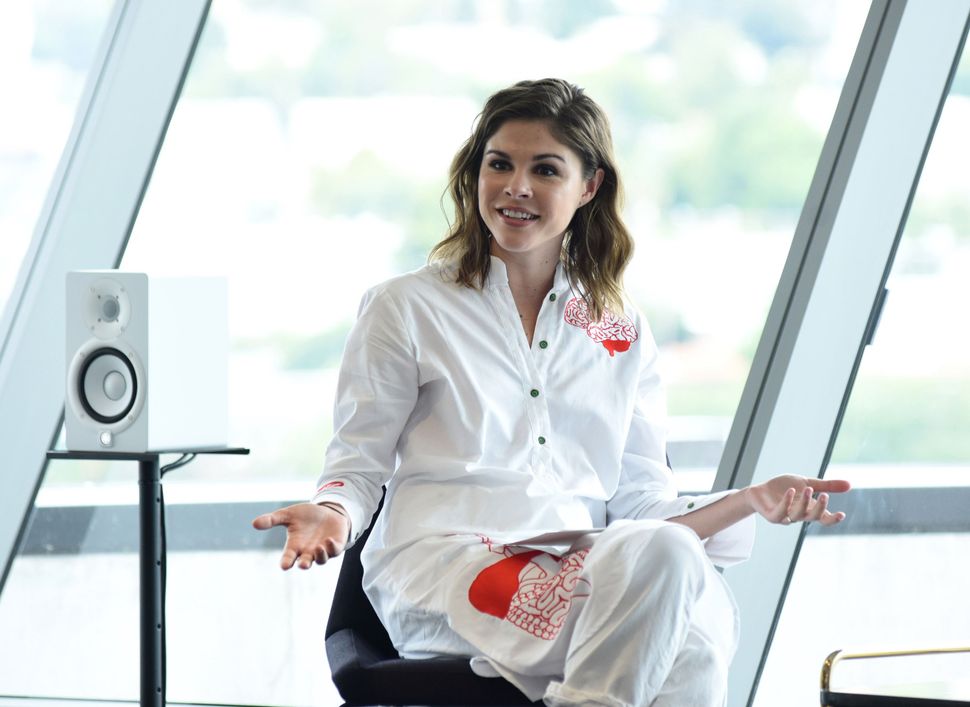 Emily Weiss, CEO of the trendiest beauty brand yet, ‘Glossier’, features on the rankings at #31, at only 33 years old.

✨Fortune 40 Under 40✨ this isn’t about me, this is about beauty. Four years ago, I couldn’t get a text back from most investors. Yet it’s a $450B industry going to $750B by 2024. Beauty is powerful, it’s not frivolous; it’s a conduit for connection. I’m so happy it’s finally getting taken seriously—which means women are getting taken seriously—with the likes of @glossier @fentybeauty @patmcgrathreal @kyliecosmetics @theouai and so many more paving the way with enormous success.

Glossier, which has according to ‘Fortune’ has “raised $86 million and is valued at $390 million”, is a phenom in the beauty world, and Weiss’ success is both hard to come by and hard to ignore.

Since launching the most ‘instagrammable’ brand to-date in 2014, Emily Weiss has become one of the most trendy and inspiring young female professionals. Her posts are the bread and butter of Instagram, and her aesthetic is aspirational. When consumers are purchasing all of Glossier’s makeup and skincare products, they aren’t just buying products, they’re paying to be more like Weiss.

Described by fellow Schmooze writer Jenny Singer as having an Instagram page that is “like a stand-alone fashion magazine without advertisements”, Weiss has revolutionarily created a culture of female empowerment through embracing minimalist and natural beauty and celebrating her personal love for all things fashion and beauty.

Her constant reposting of her follower’s messages and pictures of them using Glossier products has undoubtably changed the game for the way businesswoman (and men, of course) develop and improve their businesses. Weiss’ use of social media to her advantage to constantly improve the empire that is Glossier sets a new standard.

So, we bow our heads to fellow young Jewish woman Emily Weiss for being recognised as so influential at such an early start in her career, from which we anticipate many more exciting things to come!