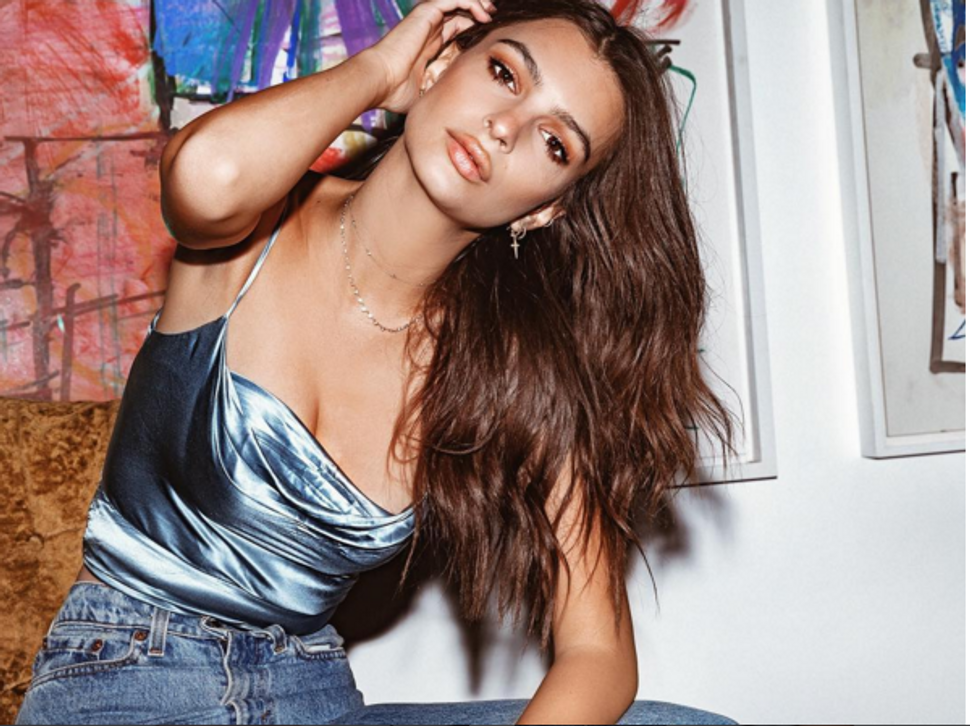 Remember most of human history, when gazing at other people in admiration while rooting round through their belongings risked at least, a social interaction, at most, a restraining order? Now, thanks to Instagram, your insecurity can mingle with your morbid curiosity and your fantasies can flirt with your personal aesthetics, all at a party thrown by The Internet.

But where are The Jews in all this? What civilian Jews have Instagram elevated to Internet Celebrity status? Which pre-existing Jewish celebrities have risen above the fray to be anointed Instagram mega-stars? Which celebrity-adjacent Jewish entrepreneur’s Instagram is being dogged by desperate Americans begging for healthcare, even though most of his feed is just pictures of sunsets? Who is the best at taking pictures of their own fingernails?!?

Here are our picks: 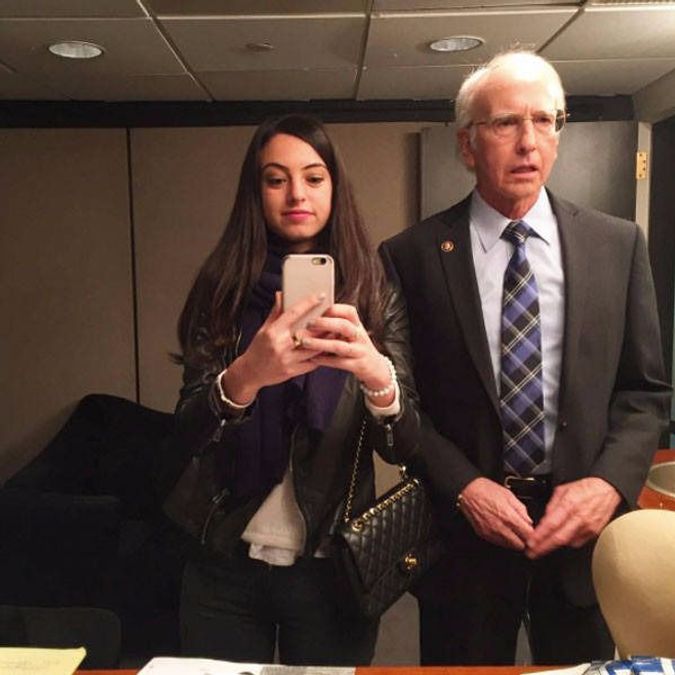 Warning! Do not look at Cazzie David’s Instagram (comedian Larry David’s 23-year old daughter) unless you have some kind of house cleaning project you want to do with all the bile that will come out of your throat when you see her pictures. Jealousy, thine name is pictures of a woman with apparently unlimited access to drinks served in a coconut. With the coolness of an industrial freezer, Cazzie David is the realized version of the beloved male-writer trope, Chill Hot Girl. Her Insta is a Hall of Fame of classic C.H.G. activities, not limited to but including:

Posing in a string bikini alongside a rapper-ish captions (‘spa time bitche$$’), smoking cigars, loving Barack Obama, rosé, pretending to be alienated by her extremely famous parents, knowing a Kardashian, eating macarons in the bath, and subtle-y implicating herself in the readership of “The New Yorker.”

Most Relevant Comment: (On a selfie of David wearing a hoodie)a fan writes, “Home is where the head is”. 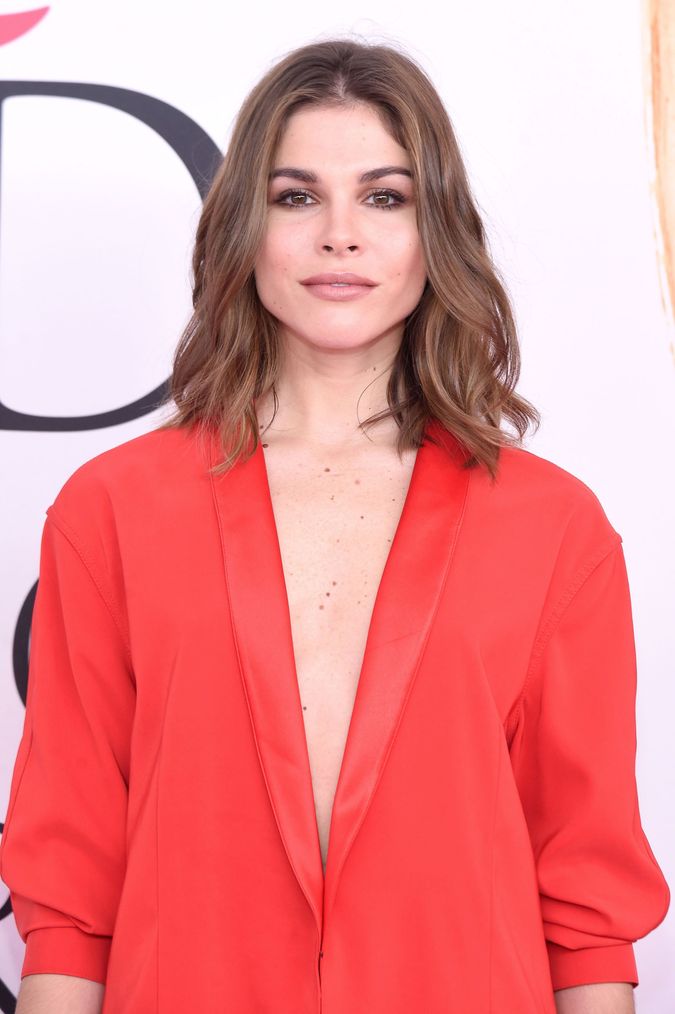 Speaking of harboring deep jealousy of other women’s success and aesthetics (welcome to Instagram!), Emily Weiss’ ‘gram is like a stand-alone fashion magazine without advertisements. The CEO and founder of beauty brand “Glossier” and its accompanying lifestyle site, “Into the Gloss,” which are both essentially Instagram personified (makeup-ified?), Weiss has the internet presence of a six-hundred dollar feminist candle. Her feed is the perfect blend of appropriate brand-promotion, revealing personal details, and exceptionally styled eyebrows.

Best Insta Moment: Image of a pro-woman Nike ad with the caption, “Everything I’ve done has been because I love women. ITG, Glossier—probably everything I ever will do.”

Most Relevant Comment: (On a picture of donuts, teasing a new Glossier product) an irate customer writes, “I’m in a fight with Glossier until they restock the f***n lipstick. Frankly, I shouldn’t even have tried your rose balm lip. I need to stay strong rn.” Stay strong, Instagram user! 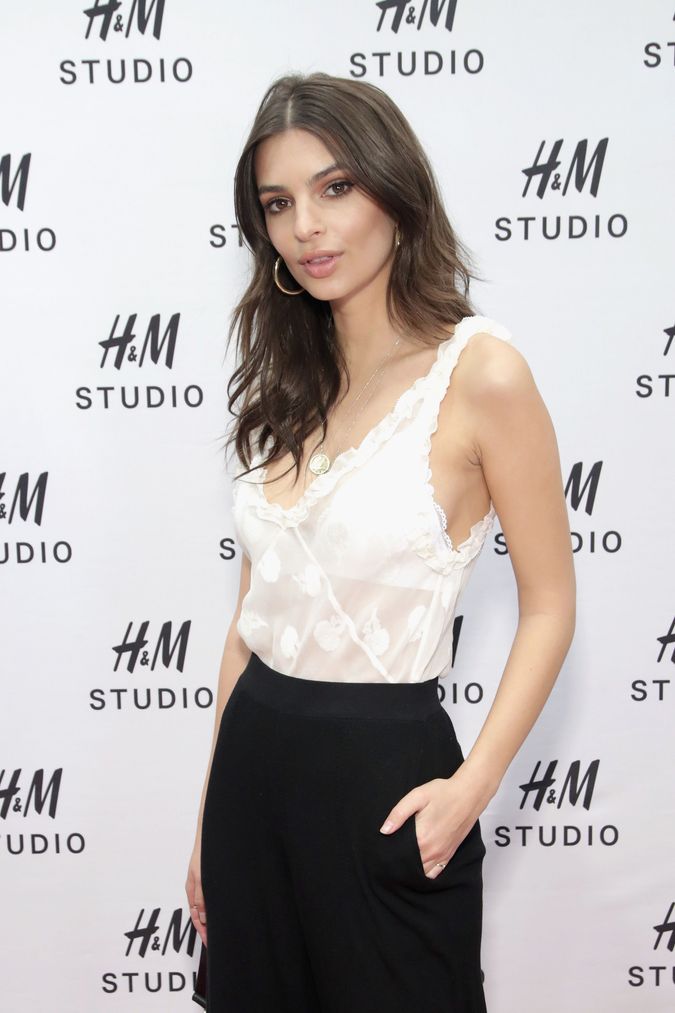 There is no need to feel jealousy when it comes to Emrata’s Instagram, as she has the obviously unattainable appearance of someone who rose fully-formed from the sea, and there is plenty to enjoy if you like close-ups of the human body interspersed with pictures of tropical beaches, as most do. Drawing attention to Ratajkowski’s Instagram feels problematic, as every picture of her body is so cartoonishly unlikely to the point of being harmful, but she mixes in some feminist sentiments that throw the other images into interesting relief.

Most Common Genre of Post: Pictures of her butt

Most Relevant Comment: (On a picture of the model in the bathtub, drinking red wine, wearing ‘nerdy’ glasses). Summerbetti writes, “I want a foto like this.” (We literally all do, Summerbetti. This is the perfect foto.) 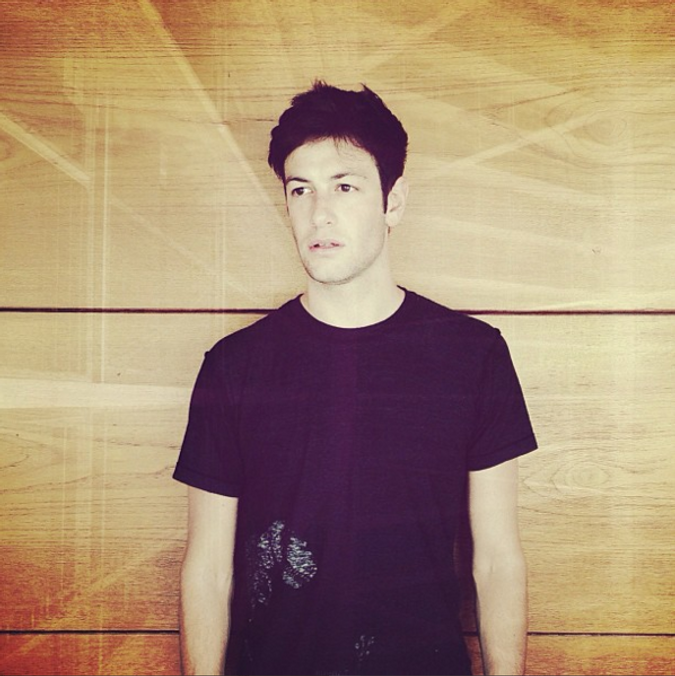 Ah, we meet at last, Joshua Kushner: brother of Jared, boyfriend of supermodel Karlie Kloss, and creator of Oscar Health Insurance, the world’s first borderline-sexy insurance company. Josh rocks a vibe that’s somewhere between “Exodus-Era Moses When He Escapes from His Responsibilities and Goes to Find Himself in Midian, Gets with a Hot Non-Jew, then Later Comes Back to Redeem His People from Oppression” (plz!) and Boy Who Just Wants to Go Snowboarding. It’s an erotic, erratic balance that makes for an equally exciting Insta, mostly noteworthy for the comments. (Note: comments have been condensed for brevity, but we recommend finding them and reading them in their entirety).

On a striking picture of Kloss submerged in water at sunset: “Hope your brother knows that, majority of Americas want more Gov involvement in healthcare. Everyone will like it once it’s here, especially if it goes far enough to include everyone.”

On a picture of a dog jumping into a lake: “SOS!!! I’m just a heard working free lancer and New Yorker who loves the Oscar health insurance and the Affordable Health Care/ Obamacare. Please let your relatives know it’s been a lifesaver and how important it is to so many of us Americans.”

Best Insta Moment: Sensationally adorable pic of Kushner’s niece, on Purim, dressed as Batgirl, fast asleep, juxtaposed with the comment, “joshuakushner!!! Please help us with your bro and this Pres!!! The Pres is not right!!! His cabinet is just nuts!! They are not even for the jobs they have!!” Joshuakushner! The people are trying to get in touch with you! Please focus your attention away from all those sunsets! 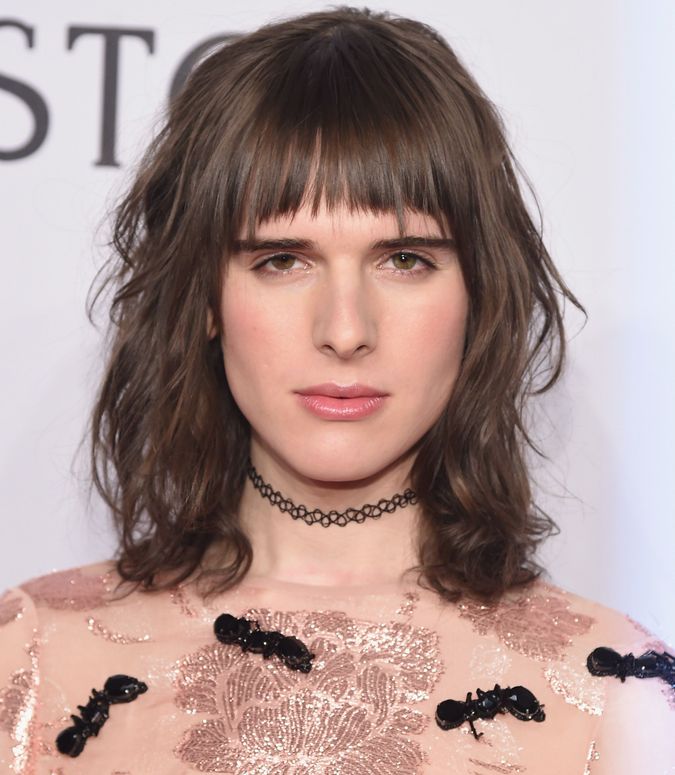 Once in a blue Rosh Chodesh, it is appropriate to use the term #blessed, and that moment has come around again, this time in the form of fiercely beautiful, terrifyingly cool, fashion sensation and radical trans icon Hari Nef, who we are truly #blessed to share the internet with. Nef made history in 2015 as the first trans model to ever be signed to IMG Worldwide, and makes history every day as Woman Who’s Instagram is Perfect Blend of Fashion and Funny (award invented by us). Nef’s Instagram is like a press-reel for a model of cool young Judaism: a clip of Nef, in a fur coat, speaking outside the Stonewall Inn in New York (film credit to her cool Jewish mom), Nef in repose, babooshka-clad, doing a shabbat-themed mannequin challenge, attending a fashion show with Zoe Kravitz, doing press for her role on “Transparent.” Nef also posts a lot of fashion things that aren’t specifically Jewish at all, but obviously we were drawn in by the babooshka.

Most Relevant Comment: On a picture of Nef leaving a party in a sparkling gown, a commenter writes accurately: “Bat mitzvah princess” 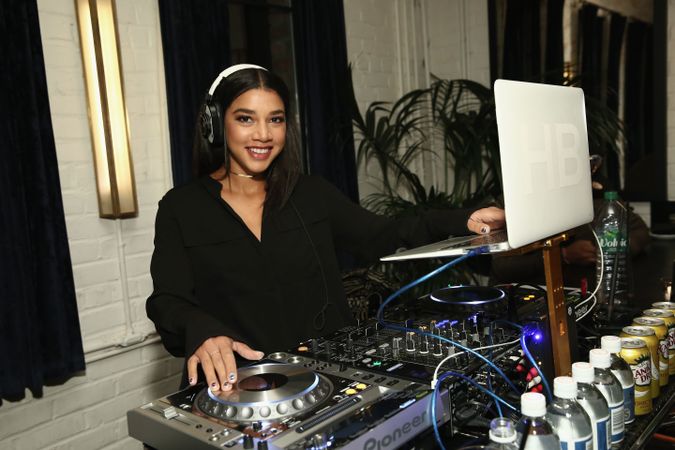 In yet another blow to those of us who have even fewer Twitter followers than we have dollars in our IRAs, Hannah Bronfman is a DJ, model, and inventor of an app called “Beautified”, which exists to make people more beautiful. She also runs a lifestyle website called, “HBFit” that has sections titled things like, “Being a Woman.” Hannah is a member of the Bronfman family dynasty, which makes her Jewish royalty and thus saddles her with the responsibility of maintaining a highbrow Instagram, which she does with apparently little effort. Since Hannah is HEALTH person, she has signed some kind of contract with Instagram (we assume) that dictates that every 4th post feature something green, i.e. matcha lattes, green eye makeup, green soup, and 3,955 pictures of avocados. Bronfman’s Insta has the distinction of showing almost exclusively fitness and fashion pictures without creating an environment that seems designed to provoke jealous weeping from its viewers, as so many others do. We’re also here for her unapologetically sexual pictures with fiancee Brendan Fallis (phallus? Ayo.)

Best Insta Moment: A recent pic of Bronfman standing on a vacant subway platform, captioned, “When there is no one on the #nyc subway, you know you’re late for Seder! Happy Passover!” And the charoset on top of the Hillel Sandwich of this picture? Her mom, actress Sherry Bronfman, commented, “Well you look great…Happy Passover XO Mom”

Most Common Genre of Post: Soothing yet unattainable fitness things

Most Relevant Comment: On a pic of Hannah at her bachelorette party “How can we be you?” I suppose we should begin by reading “Being A Woman.”

Happy ‘gramming to all, and to all happy gramming.