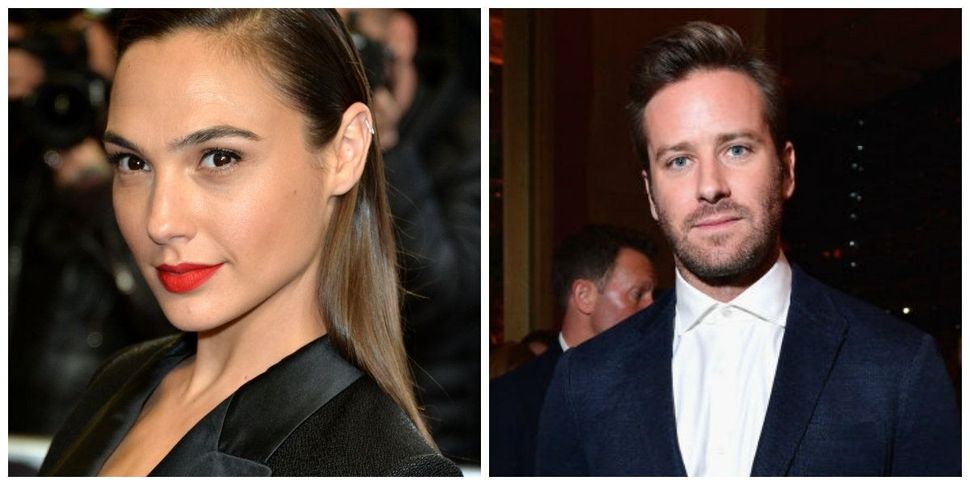 The festival of Sukkot may be over, but it’s still a z’man simchateinu — a time of rejoicing. For two of God’s most facially symmetrical children are officially making a movie together: Armie Hammer and Gal Gadot. Anti-Semites, prepare for sensory overwhelm.

Deadline announced on Thursday that Hammer will join Gadot, who signed on to anchor 20th Century Fox’s reboot of “Death On The Nile,” the eerie Agatha Christie mystery, over the weekend. The release date has been set for December 20, 2019, so studios are aiming for Christmas audiences, though at least this writer feels Passover week would have been much more fitting.

Hammer, consciously or not, is maintaining a steady record of Jew-ish projects — after last year’s (heart) smash (ing) success “Call Me By Your Name,” in which he co-starred as a Jewish character alongside Jewish actors playing Jewish characters, he signed on for this project with Gadot, and will also portray Marty Ginsburg opposite Felicity Jones in the Ruth Bader Ginsburg biopic coming this winter.

Gadot and Hammer will play alongside Kenneth Branagh as detective Hercule Poirot. Branaugh, who also directs, will slip back into his ample mustache after portraying Poirot in 20th Century Fox’s “Murder On The Orient Express” in 2017. And without giving too much away, as the title suggests, not all of these telegenic folks will make it through the film. We may have to sit shiva.