WATCH: Felicity Jones Is The Perfect Ruth Bader Ginsburg In ‘On The Basis Of Sex’ Trailer 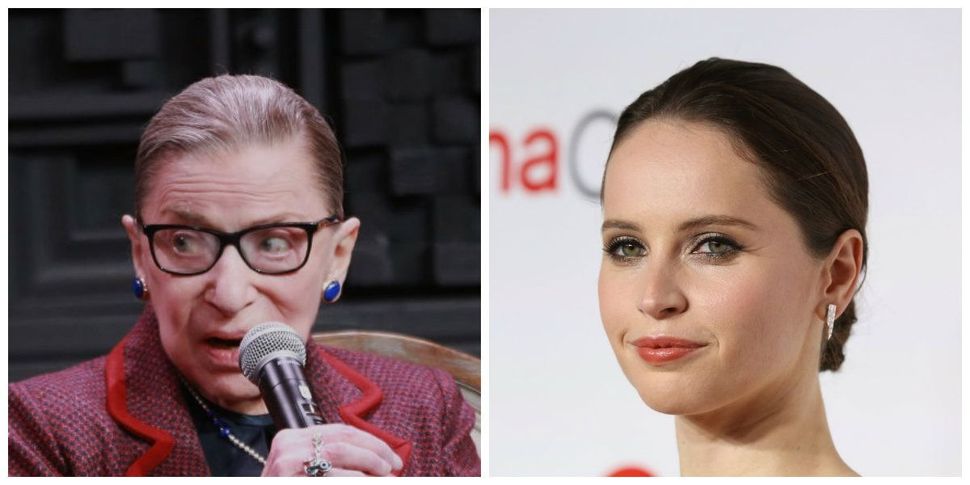 “On the Basis of Sex,” the upcoming Ruth Bader Ginsburg biopic, dropped its first trailer on Monday. The screenplay for the buzzy movie was written by Daniel Stiepleman, Ginsburg’s real-life nephew.

The feminist pop anthems, high-definition jewel tones, and the 6’5” Ken doll playing Martin Ginsburg might not look familiar to our favorite Supreme Court Justice. But Felicity Jones, the Oscar-winning actress who portrays RBG in the film, is perfect.

In the short clip, Jones nails Bader Ginsburg’s Brooklyn accent and does justice to her quiet tenacity without piling on too much Hollywood flair. The film, helmed by Jewish “Pay It Forward” director Mimi Leder, follows a young Ginsburg as she and her husband attempt to overturn gender discrimination laws before the U.S. Court of Appeals.

As to the performances of Armie Hammer as Ginsburg’s husband and Kathy Bates as Dorothy Kenyon, the jury is out, though the judge promises to be fair. “On the Basis of Sex” will be released on December 25, the perfect day for you, me, and Ruth Bader Ginsburg to head down to the theater and catch a glitzy take on history, before going home and arguing with our families about all of it over Chinese takeout.

WATCH: Felicity Jones Is The Perfect Ruth Bader Ginsburg In ‘On The Basis Of Sex’ Trailer