As Kavanaugh Pushes On, Where In The World Is Ivanka Trump? 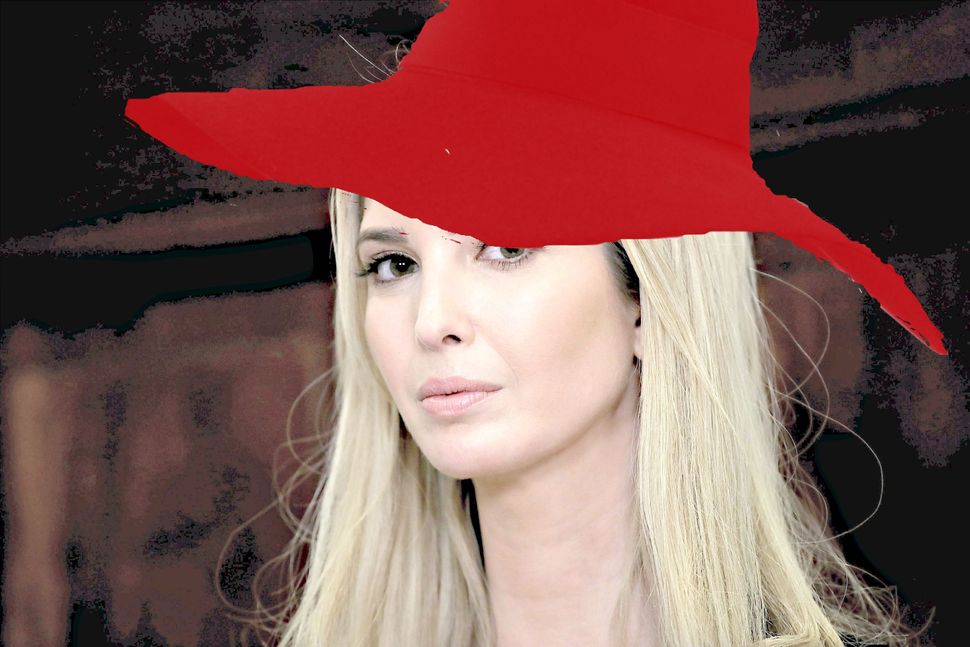 Where in the world is Ivanka Trump? Image by Getty/Forward Montage

Ivanka Trump made two vows to the American people when she helped her father campaign for President of the United States: that she could assure her father’s decency, and that she could guarantee his commitment to helping women an even playing field to men.

Now, as a judge nominated by her father makes for the Supreme Court in spite of serious allegations of sexual assault, where oh where is Ivanka Trump?

It’s been just days (though it feels like decades) since Christine Blasey Ford, a professor of psychology, came forward as the first woman to say she was sexually assaulted by Brett Kavanaugh. Within days of Ford coming forward, Vanity Fair reported that they learned from a source that Trump advised her father to “cut bait” and renege on the nomination. Obviously, he didn’t. What followed, we know — a denial from Kavanaugh, corroborating notes from Ford’s therapist, a letter of support from female classmates for Kavanaugh, then one for Ford, another alleged victim, a historic hearing, and a sorta-kinda FBI investigation. Ivanka Trump remained silent throughout.

Certainly, there was no clear correct course for the first daughter and presidential advisor to take in a situation that has thrown the entire nation into discord and chaos.

But Trump was not silent over the last few weeks — she continued to position herself as a figurehead for American womanhood. She visited the Johnson Space Center in Houston, in a white suit, taking ample photo opportunities with female NASA scientists and a female-dominated group of teen robotic engineers.

Great seeing the extraordinary work being done at @NASA Johnson Space Center in Houston. Best call of the day — chatting with incredible astronauts on the International Space Station! ?‍? ?

She spent the week of the Kavanaugh/Ford hearings at the UN General Assembly, aligning herself with European queens and female Prime Ministers.

She spoke on a panel about global female entrepreneurship.

She attended a session about human trafficking.

She posed with UN ambassador Nikki Haley, who praised her for her work that week on “women’s economic empowerment.”

And as October arrived and the itty-bitty FBI investigation wound down, she visited areas in North Carolina hit by Hurricane Florence.

She starred in gorgeously-shot footage, handing out lunches.

Surely, you’d think, some time during the hellish days at the end of September, a reporter would have gotten the White House employee who has identified herself as its most outspokenly feminist, to comment on this topic, right?

Nope. Lucky for Ivanka Trump, the events surrounding the Kavanaugh confirmation have taken place at the densest time of the year for Jewish holidays. Ivanka has skated through the Kavanaugh fiasco on a wing and a literal prayer.

Now Emily Jane Fox for Vanity Fair reports that Ivanka Trump has thrown her support behind Kavanaugh. “She has emphasized to her father that his measured response to the allegations, and acceptance of an F.B.I. investigation, had been generally well-received,” Fox reports.

Both times Trump is quoted by sources advising her father on Kavanaugh, her advice is not in regards to what is right, but what she thinks they can get away with. Forget what you think (or think we think) about Ivanka Trump. Forget whether or not it is right to confirm Kavanaugh as Supreme Court Justice. Remember this — Ivanka Trump is not a voice for women in the White House. She is their muzzle.

As Kavanaugh Pushes On, Where In The World Is Ivanka Trump?