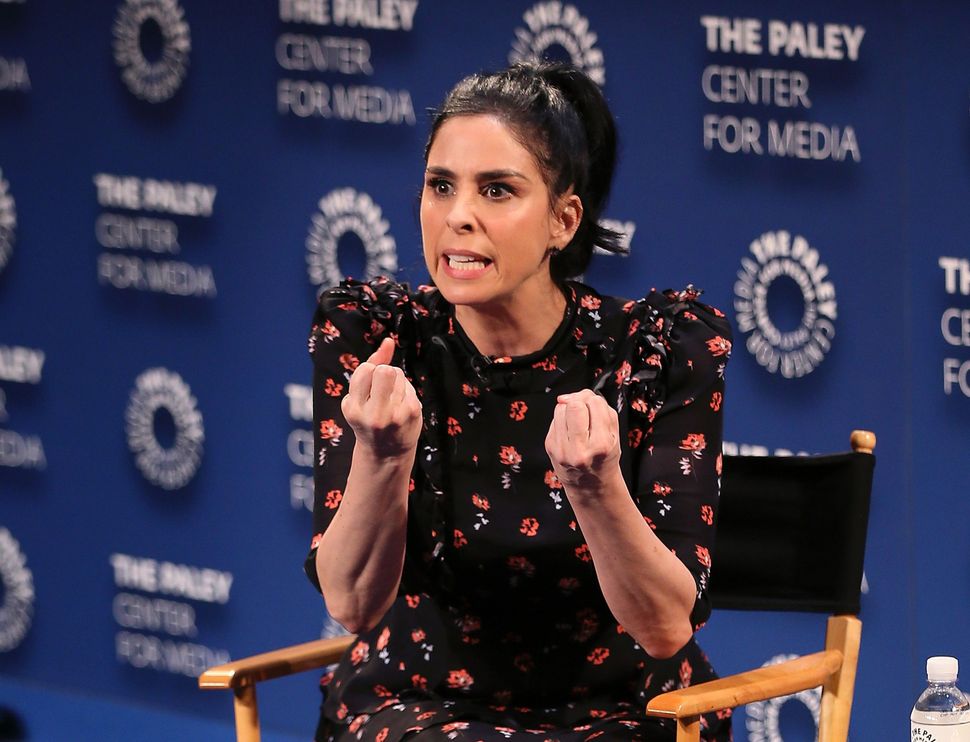 In the wake of the Pittsburgh synagogue tragedy Jews and non-Jews alike have taken to social media to express their outrage over the senseless anti-Semitic act. Some blamed the Trump administration’s anti-immigration rhetoric and lawmaking, while others, like celebrities Lena Dunham and Gal Gadot, flooded their twitter with touching words of heartbreak and solace.

Comedian Sarah Silverman didn’t recite prayers — she, along with many others, aimed their frustrations at a president and administration. Silverman’s sentiments courted controversy — through her viral tweet about the shooting, she notes how language like that used by Trump, can lead to violence.

Dogwhistle reminder that these words used by our openly Nationalist President are winks to the alt right:
Soros = The Jews
Globalist=dirty jew
Nationalist =white Nationalist

On Wednesday, she put out one of her classic “quickie” televised sit-down talks — this one on the connection between Trump’s racist rhetoric and the terrorism of the past week. “Trump knows the only way they can energize their base is through fear,” Silverman rages. “He starts fake fights that he doesn’t have to finish, because he knows one way or another, someone will finish them for him,” she says, connecting Trump’s speeches to the spate of bomb attempts, the racist Kentucky shooting, and the Pittsburgh synagogue shooting.

As expected, Silverman received a lot of backlash for that comment from followers. “Stop assuming everyone is racist,” one demanded. Was she putting words into an orange puppet’s mouth, or is there some truth to her assumption?

Yoram Hazony, an Israeli philosopher and author of “The Virtue of Nationalism,” argues that people like Silverman are simply misinterpreting language. “There are always going to be bigots and haters who are twisting words and using them in all sorts of strange ways… . So many terms that have clear and normal meanings—and ‘nationalism’ and ‘globalism’ are just a few of them—are being interpreted as though their principal valence is about race and bigotry, that you cease to be able to have an intelligent conversation about the central ideas,” he writes.

Countless others argue that “globalist,” specifically, is historically Anti-Semitic. “The connection between globalists and Jews is, in part, the old anti-Semitic smear that Jews are not truly loyal citizens of any nation,” says Scribe writer Rachel Barenblat. Experts for the Anti-Defamation League argue that the term is used today primarily as an “ethnic smear” against Jews.

But when we agree with her and when we don’t, we can at least agree, she’s one of our favorite globalists — I mean, Jews.