Timothée Chalamet And Harry Styles Confirm: Hot Men Are Allowed To Have Feelings 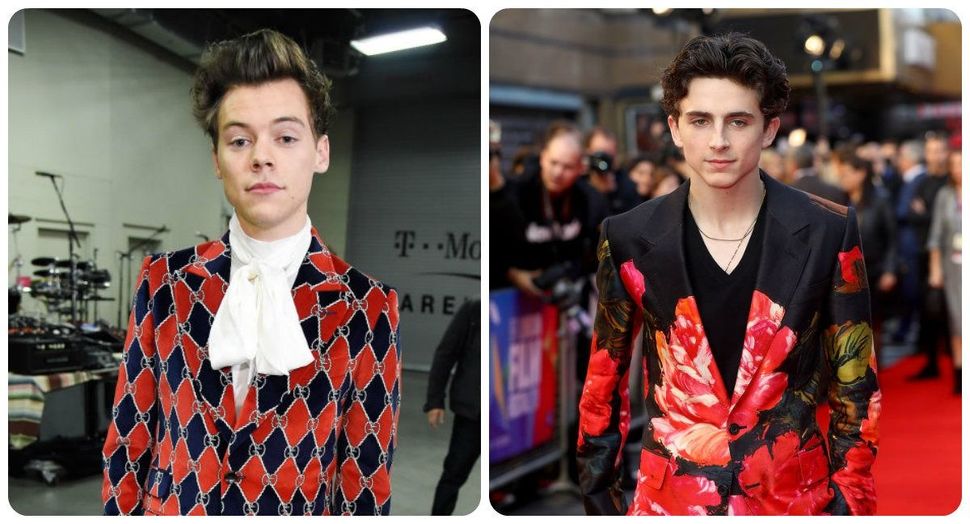 If two millionaire boy influencers meet and discuss peaches, does the tear in the fabric of conventional masculinity make a sound?

Pied pipers of the day, pop star Harry Styles and actor Timothée Chalamet are the interviewer and subject, respectively, of an interview published in Vice on Thursday concerning new masculinity. “New masculinity” is the phrasing both men use in the interview, discussing the “brave new world” (again, Chalamet’s wording) that their rise has occasioned.

These innovators are renaissance men, they declare. They sing! They act! They wear painted suits! You can count the stubble on their chin by the hair and still have time afterwards to groove to some Bowie. “In the late 00s, when the Arab Spring happened in Egypt, there was a real optimism around the internet and the possibilities of social media,” Chalamet begins one of his answers, like an itty-bitty Wolf Blitzer swirled with Jaden Smith.

Largely, despite the photo series of a hungry-looking Chalamet swathed in leather and latched to a thick silver earring, the conversation is just boring.

Near the end of the exchange, each agree to name a single song, book, and movie that they would enjoy above all else for the rest of their lives. Between the two of them, they come up with seven ideas. Is there any shock that all seven are by men?

The new masculinity is just like the old masculinity, but with much better eyebrows.

Timothée Chalamet And Harry Styles Confirm: Hot Men Are Allowed To Have Feelings