Jill Soloway Of ‘Transparent’ Wants To ‘Reclaim’ The Word Zionism 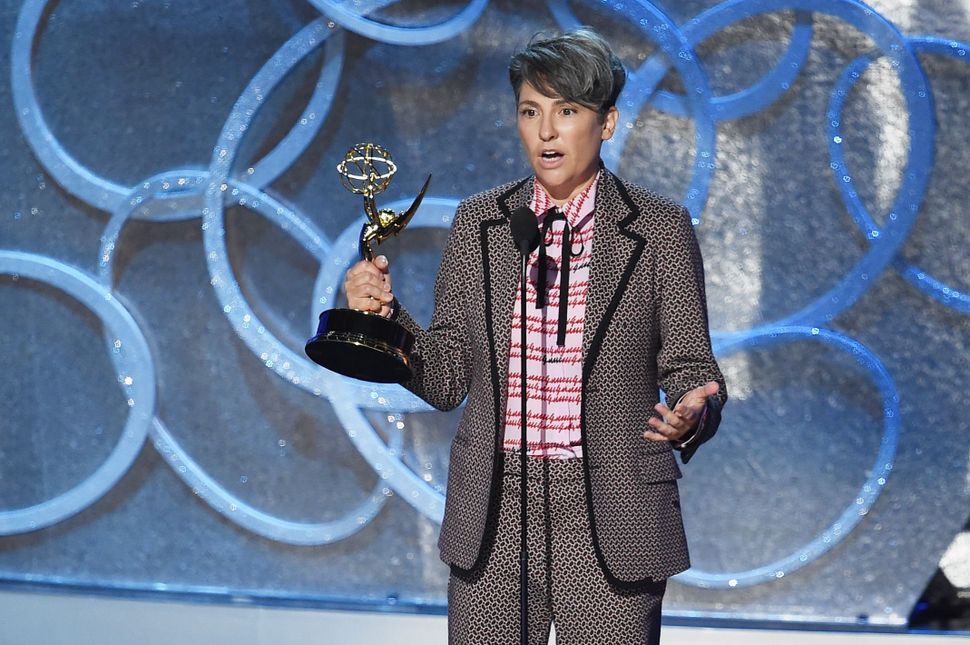 You can love Israel and want it to exist without loving Israel’s current government or every aspect of Israeli society.

That’s the radical (or not) message Jill Soloway, creator of the watershed Jewish family drama “Transparent,” is spreading.

Soloway, the auteur behind the four seasons of Amazon Prime’s “Transparent” and the network’s short-lived “I Love Dick,” told Advocate magazine, “I think you can have dreams for the Israel that you imagine without giving any credence to the way that Israel is being run right now.”

For a person like Soloway — a gender non-binary artist responsible for perhaps the most nuanced mainstream portrayal of gender issues and family dynamics ever — warmly embracing Israel is almost unheard of. “It’s too dangerous right now to use words like Zionism,” Soloway lamented to Advocate.

In fact, the fourth season of “Transparent” is a tender, audacious interrogation of Israel’s role in the Jewish-American imagination and in the liberal Palestinian imagination. Despite the controversy of “Transparent” anchor Jeffrey Tambor’s sudden firing from the show after multiple accusations of sexual misconduct, if the fifth season is produced, one storyline is likely to continue on in Israel and the West Bank.

Soloway’s vision for the Jewish state is Herzl-like. The artist believes in “reclaiming the word Zionism and not having it be about the current state of Israel, which is patriarchal and militarized. Instead, this other dream of Israel would be about love and peace.”

Listen — nobody would have guessed a show about a hyper-Jewish family whose patriarch comes out as transgender, created by a gender non-binary person, starring mostly small names, would be a massive hit. But it was. And Soloway’s dreams don’t stop there. “Sometimes I have these ideas like, ‘Wow, Trump, who hosted a reality show, dreamed about being president and then became president,’” the artist said. “I hope that can happen for my dream. You know, like being chief rabbi of Israel.”

If you will it — or at least write a really good dramedy about it — it is no dream.

Jill Soloway Of ‘Transparent’ Wants To ‘Reclaim’ The Word Zionism