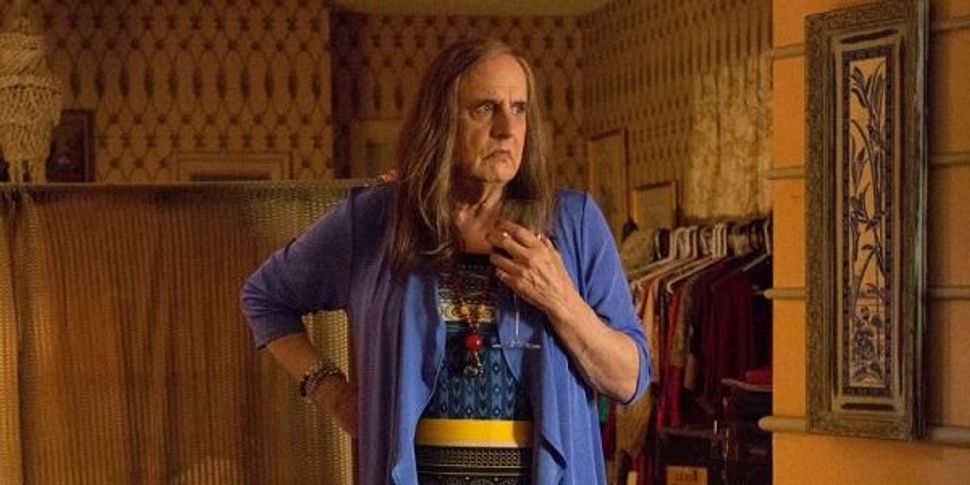 (JTA) — Writer and director Jill Soloway grew up in what she calls a “somewhat normalish, upper middle class Jewish household” in Chicago. Her mom was a public relations consultant (she worked for Mayor Jane Byrne) and her dad a psychiatrist.

But she always sensed that “something was a little off,” she tells JTA in a telephone interview. “Not much more than that. Just a little bit different. Nothing I could easily identify.”

What that “little bit” was became clear about five years ago, when her father came out as transgender. His announcement not only filled a hole in her life, “it provided a missing piece in my understanding of myself and my ability to create authentic work,” Soloway says.

The “authentic” work that grew out of dad’s announcement is “Transparent,” the program that brought the problems facing transgender people to the forefront of public consciousness. When it debuted last year, it put the nascent Amazon Prime streaming service on the map.

The series, which begins its second season Dec. 11 and has already been renewed for a third, is about the impact on a family when dad makes such an unexpected announcement. In “Transparent,” the central character is 70-year-old Maura (nee Mort) Pfefferman (played by Jeffrey Tambor), who reintroduces himself to his ex-wife and three adult children — though it turns out he isn’t the only one with secrets.

Although its far from a traditional sitcom, “Transparent” is a show replete with many laugh-out-loud situations. They are leveled by poignant moments, many from Soloway’s real life. Standout scenes from the first season include when Maura tries to cash a check made out to Mort, or use a department store ladies room with daughters Sarah (Amy Landecker) and Ali (Gabby Hoffmann).

From the get-go, near unanimous critical praise made the show an awards juggernaut. It was nominated for 11 Emmys, winning five, including best director for Soloway and best actor for Tambor. Tambor scored another win for his role at the Golden Globes, which also named the show as best musical or comedy. The Television Critics Association named it program of the year — and the list goes on.

Soloway, 50, had a respectable career before her dad’s revelation. She was a writer and producer for several years on HBO’s “Six Feet Under” and was an executive producer and showrunner for “The United States of Tara.”

But she wanted a program of her own creation; her dad’s announcement provided inspiration.

And, yes, she told her parents that “I wanted to write a television show about our family,” Soloway recalls. “But I’d written so many failed pilots, I told them not to worry.”

And why would they? After all, what are the odds that a network would air a show about a man in his late 60s coming out as a woman?

“I took the show to all the usual suspects — HBO, Netflix, Showtime — and they all had different reasons why they didn’t pick it up,” Soloway says. “Everybody had a little excuse. But Amazon vehemently loved it and even though they didn’t have any [other original] shows, I went with them.”

Still, the unabashed success of “Transparent” was a bit of a surprise. “Since then, we’ve all had time to get used to [the show’s success], to realize it’s a part of a much bigger journey,” she says.

“We feel that sacrifice — no, that’s not the right word. We feel that allowing our family’s journey to be part of this civil rights movement and to contribute artistically, we all feel honored.”

That the Pfeffermans are Jewish is no accident.

“I’m just trying to be authentic and create characters who are real,” Soloway says. “I’m Jewish. My parents and grandparents are Jewish.”

Soloway adds that giving the Pfeffermans a strong Jewish identity has nothing to do with highlighting the family’s “otherness.”

Plus, “the Jews love it,” she adds. “There’s so much Yiddish and they love Shelly [Judith Light, who plays Maura’s wife] and that the show is so unabashedly Jewy.”

The Jewiness continues this season: There’s a Yom Kippur episode and — spoiler alert! — a rabbi may soon join the family.

On a darker note, there are also flashbacks to 1930s Germany and Nazi attacks on Magnus Hirschfeld, a physician and sexologist who advocated for gay and transgender rights. It will provide a historical perspective to the issue and introduce a Pfefferman ancestor.

Maura loses her way, but Shelly stays centered providing unconditional — if occasionally kvetch-filled — love to all, the ultimate Yiddishe mama.

The great irony is that Soloway’s success is a result of what was almost certainly a difficult — or at least, confusing — time for her family. What would she be doing today if her father had kept his secret?

“That’s a good question,” Soloway says. “It’s a really good question. I’d probably still be struggling to get stuff made.”