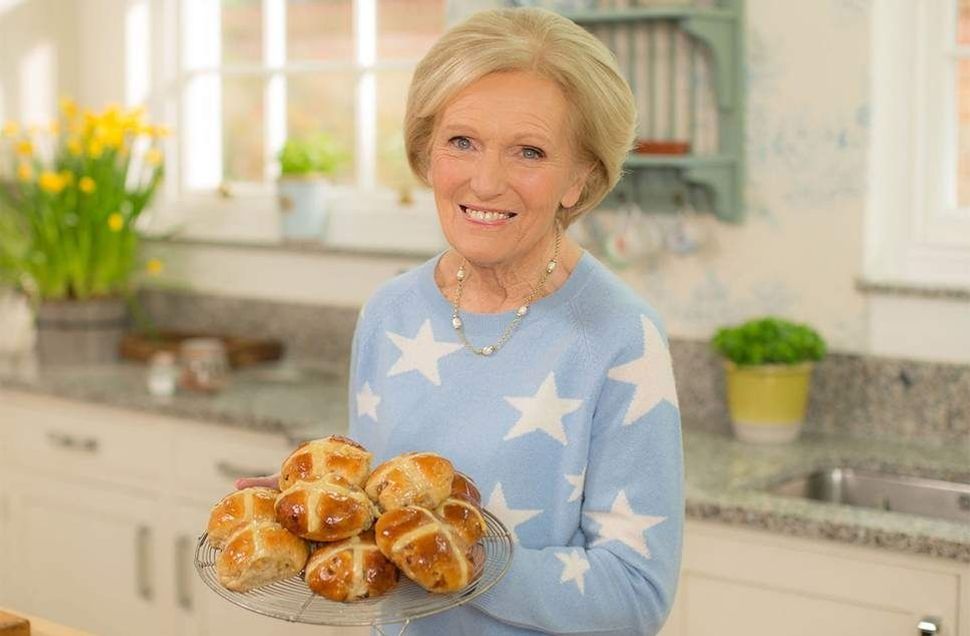 Mary Berry, former judge of the Great British Bake Off

The Great British Bake Off is a great love of mine. From the mythology of the show (rumor has it Sue protects bakers from crying on camera by stepping in front of them and cursing) to the gentle pastel-y set that melts into the frontal cortex like a Xanax, GBBO is a soothing antidote to the American cooking-as-competition ethos that assails our TV sets.

Yet when early episodes of GBBO made their way to Netflix US recently, it turned out that not a single participant in Season 1’s Episode 2 had heard of challah bread.

Watching an old GBBO episode where the technical challenge is clearly challah, but everyone is calling it “plaited bread,” and Paul Hollywood says braiding breads “a skill which is dying off.”

Is it possible no one on this show has even one Jewish friend pic.twitter.com/UkD7g7l2ZR

Paul Hollywood called it a skill “that is dying off.” Mary Berry declared it “a great thing to make for a sort of festive occasion.”

Now, there are many types of plaited bread, but challah might be the only type that isn’t dying off. Just about any bakery in the modern world is capable of managing your standard challah recipe.

Since the Middle Ages, Jews have been making challah on the weekly. Whole Foods has shelves full of challah. On Amazon, searching challah brings up a thousand results, from challah-themed shirts, cookbook and gluten-free options. It’s been some time since the original episode aired in 2010. Hopefully Paul Hollywood, Mary Berry and their cohorts have made some Jewish friends since then.