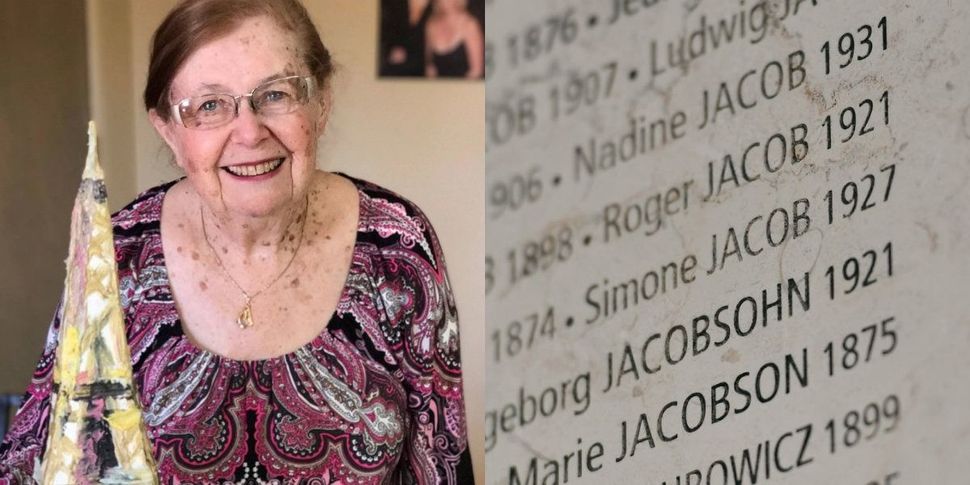 Charlotte Adelman’s life has been one long saga of miracles and tragedies.

The 86-year-old was only nine years old when the Nazis invaded Paris, where she lived with her parents and brother. Two years into the Nazi occupation of France, Charlotte’s mother Rajzla took Charlotte and her brother to an orphanage, hoping to save them; Charlotte’s brother later came down with scarlet fever and died. Charlotte was then adopted. The other 79 children who remained in the orphanage were later killed in Auschwitz. Meanwhile, Charlotte’s parents were sent to Auschwitz; her father Herszle escaped during the journey, but her mother died in the camp, ABC News reports.

The woman who adopted Charlotte was in the habit of selling children to Nazis. But soon, a family friend discovered Charlotte and reconnected her with her father. Herszle Adelman smuggled her out of Paris on a truck, taking her to a small town in northern France where the Quatreville family, whom he had met by chance, agreed to take Charlotte in and hide her from the Nazis. Herszle left, to join the resistance. And though the Quatrevilles had two children, and barely knew Herszle, they successfully hid Charlotte in their cellar for nine months until the end of the war.

After seventy years, Charlotte Adelman reunited with the Quatreville children in Paris in November. They met at the Wall of Names, where her mother’s name is memorialized. On Tuesday, Charlotte shared with People that she first heard from Alain Quatreville, who was just four years old when she moved in with the family, on Facebook. “I never forgot the Quatrevilles,” she said. “I was pinching myself.”

Charlotte, who now lives in Arizona, was bolstered by her community, which launched a GoFundMe to raise money to send her on the trip with one of her daughters. After lighting a candle together for Charlotte Adelman’s mother at the memorial site, Charlotte Adelman and Quatreville, a 78-year-old retired math professor, travelled to the Quatrevilles’ village, where the family had kept her hidden. There, Charlotte reunited with Ginette Quatreville, Alain Quatreville’s 93-year-old older sister, who used to sneak into the cellar to give Charlotte sponge baths during her months of hiding.

“It brought it all back,” Charlotte said. “It was very emotional. It reminded me I never knew how I was going to get out.”

The long-lost friends agreed that the absence of the Quatrevilles’ mother was strongly felt. Alain Quatreville said that the family was never sure what happened to Charlotte after she fell out of touch, and that his mother died not knowing of her whereabouts. “This reunion would have meant so much more to my mother,” he said. “I think of her especially. She would’ve been very happy.”

Since they met in November, Adelman and the Quatrevilles have remained in close contact.