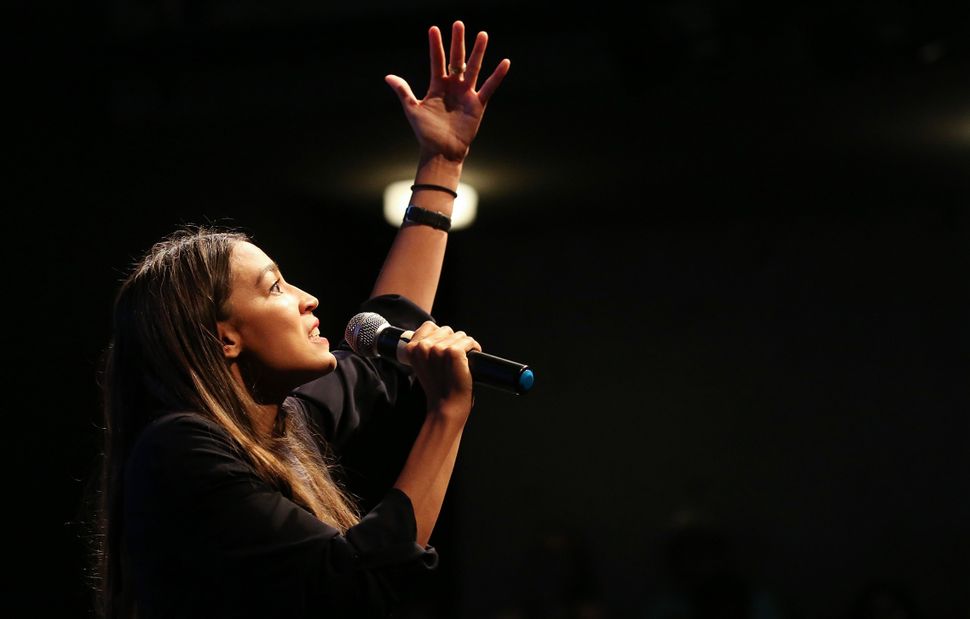 “The world is gonna end in 12 years if we don’t address climate change.” – Representative Alexandria Ocasio-Cortez

New York State representative Alexandria Ocasio-Cortez has a reputation for writing the best comebacks since Abraham said, “But what if there are 10?” The freshman congresswoman has used hard statistics, personal anecdotes, and Spice Girls lyrics to smite her haters.

On Wednesday, Raw Story reported on a Fox News interview in which press secretary Sarah Huckabee Sanders suggested that, rather than Ocasio-Cortez, the end of the world should be left in “the hands of a much, much higher authority.”

The first-time representative responded with a takedown as old as time (well, maybe). In a drash-like tweet, she simply referenced nine moments in the Torah that suggest human responsibility for the earth. Nine.

â€œGenesis 1: God looked on the world & called it good not once, not twice, but seven times.

Genesis 2: God commands all people to â€œserve and protectâ€ creation.

Leviticus: God mandates that not only the people, but the land that sustains them, shall be respected.â€ https://t.co/AhWd3vuVBd

Dang, congresswoman! And at risk of getting too ecclesiastical, may we add — One generation goes and another, more worldly and tech-savvy generation comes; but the earth remains forever. For in respect of the fate of man and the fate of beast, they have one and the same fate: as the one dies so dies the other; all share the same breath of life.

“You shouldn’t need a bible to tell you to protect our planet,” Ocasio-Cortez added. “But it does anyway.”