Is It Better To Be First Woman President, Or Date Seth Rogen? New Romcom Investigates. 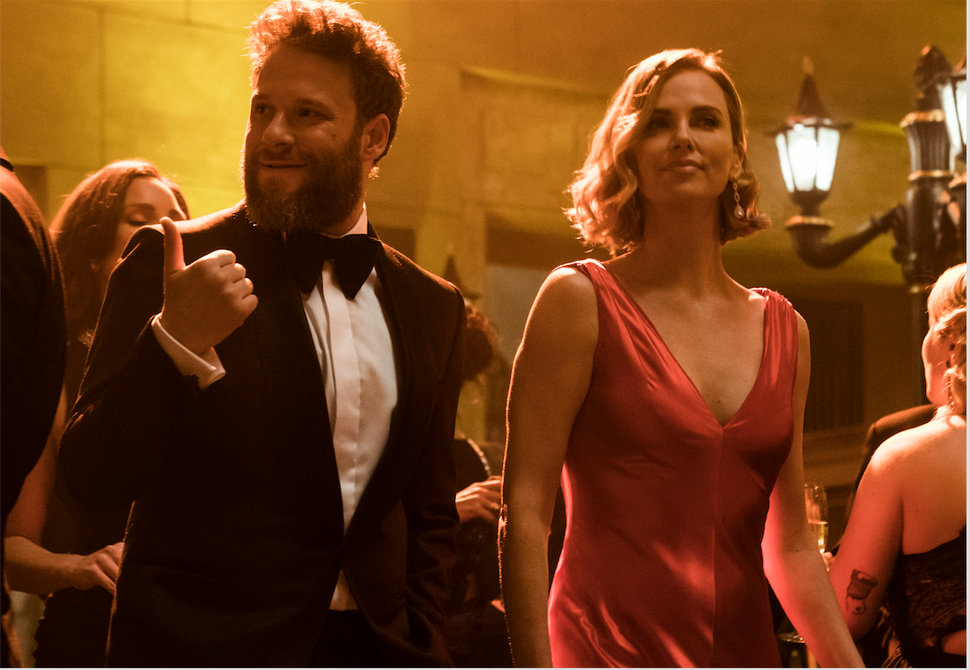 Can women have it all? It’s a silly question, of course, nobody can really have everything.

Can women have as much as men?

No, a new movie by Seth Rogen answers that other, more to-the-point question. Women can either have mammoth career success, changing history and the world, or they can have a stirring sexual and emotional connection with Seth Rogen. There is simply no in-between.

This is the crisis that stalks the lives of American women ages 13-to-death, as new comedy “Long Shot” suggests. And it’s totally unfair, because some women are hot enough to be sexually compelling presidents and acceptable love interests to Seth Rogen. Nobody should have to choose between these things!

In “Long Shot,” which will be released this year through Lionsgate, the US Secretary of State (played by Charlize Theron) has the endorsement of the sitting president for her candidacy, but when she reconnects with Fred (played by Seth Rogen), once a little boy for whom she babysat, she begins to see stars in the flaps of his grimy hoodie. Will she chase her dreams of power, or power down and smoke a few jays with Rogen, who other characters make clear is disgusting. (His full name is Fred Flarsky and people think he’s “too much,” so we know he’s a disgusting Jew.)

Leader of the free world, or girlfriend of a yucky Jew whose diapers you used to change? It’s a tale as old as “third child or corner office.”

Okay, okay, “Long Shot” is just a silly movie with a silly premise, and Seth Rogen and Charlize Theron are never not charming. Maybe we’re misreading things! But it’s hard, just before a presidential year when a historic number of women seek candidacy, to pretend to be amused or interested in trading currency to watch this dilemma unfold on screen.

Rogen has spoken a lot about wanting his work to create opportunities for women’s voices and stories in an authentic way. This — in which love and career are incompatible binaries, in which there only seem to be two female characters, in which the female protagonist is conventionally perfect and the man is charmingly schlubby — probably ain’t it.

Is It Better To Be First Woman President, Or Date Seth Rogen? New Romcom Investigates.