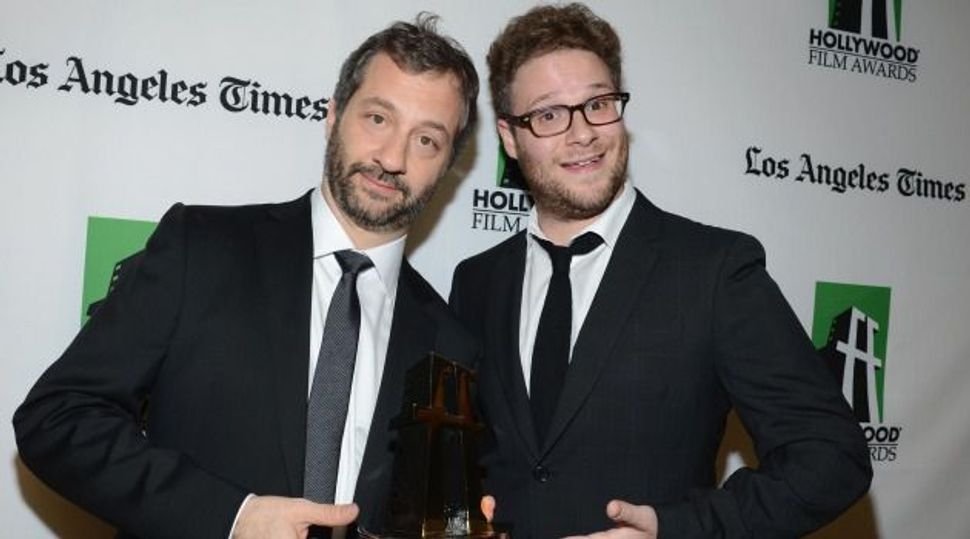 Beware of schlubby Jews with beards.

That’s basically what Washington Post critic Ann Hornaday wrote in an piece that called out frat-boy comedies such as the ones produced by Seth Rogen and Judd Apatow for enabling people like Elliot Rodgers, who killed six people near the University of California’s Santa Barbara campus on May 23.

“How many students watch outsized frat-boy fantasies like ‘Neighbors’ and feel, as Rodger did, unjustly shut out of college life that should be full of ‘sex and fun and pleasure’?” Hornaday wrote. “How many men, raised on a steady diet of Judd Apatow comedies in which the shlubby arrested adolescent always gets the girl, find that those happy endings constantly elude them and conclude, ‘It’s not fair’?”

Rogen, who stars in the newly released ‘Neighbors,’ was the first to respond:

.@AnnHornaday I find your article horribly insulting and misinformed.

.@AnnHornaday how dare you imply that me getting girls in movies caused a lunatic to go on a rampage.

Judd Apatow, known for such staples of the genre as “Knocked Up” and “Pineapple Express” also chimed in:

“@Sethrogen: .@AnnHornaday I find your article horribly insulting and misinformed.”She uses tragedy to promote herself with idiotic thoughts

“@melissa5001: @Sethrogen @marshallsheldon @AnnHornaday why is it always everything but mental illness?” Because that doesn’t sell papers.