The 10 Best, Most Classic Jewish Jokes 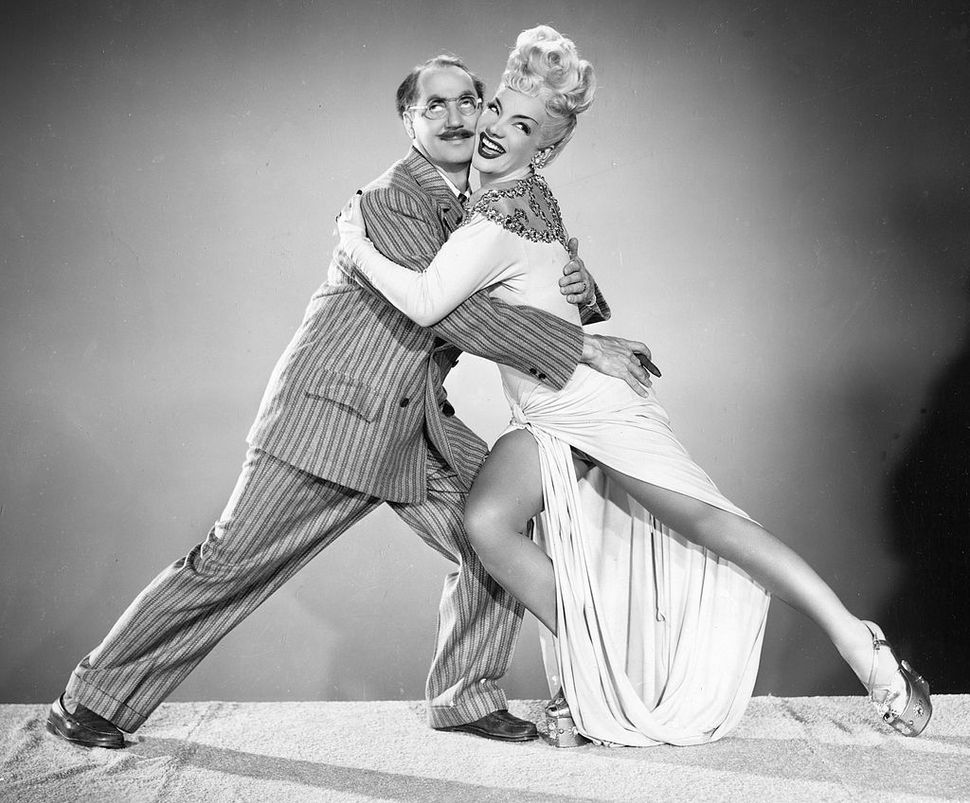 Every day this week we’ll be highlighting classic and cutting-edge Jewish comedy. L’chaim!

Dare to search “Jewish Jokes” on the ole’ internet search engine and you’ll find a whole lot of extremely cool, very original jokes about the Holocaust, and money-grubbing, and overbearing mothers. Ah yes, thousands of years of culture and tradition, distilled! Ah, our peals of laughter!

Scroll far away from that hateful racket and join us here at the scene of the classics — jokes told by Jews, about Jews, that gently mock, rather than discriminate against, Jews. These are jokes that have been told and told again in the Borscht Belt and at the bridge table.

A group of five Jewish women are eating lunch in a busy cafe. Nervously, their waiter approaches the table. “Ladies,” he says. “Is anything okay?”

A Jewish man is shipwrecked on a desert island. He’s stuck for years! Using materials from around the island, he builds a house, a store, and a synagogue. Eventually, he’s made a whole neighborhood.

One day, he’s rescued by a passing ship. The sailors help him collect his few possessions and get ready to leave the island forever. Just before they leave, one of the sailors says, “Hey! Why’d you build two synagogues?”

The man rolls his eyes. “This,” he says, pointing at one building, “Is my synagogue.”

“And that,” he says, pointing at the other, “Is the one I would never set foot in!”

Three Jewish mothers are sitting on a bench, arguing over which one’s son loves her the most. The first one says, “You know, my son sends me flowers every Shabbos.”

“You call that love?” says the second mother. “My son calls me every day!”

“That’s nothing,” says the third woman. “My son is in therapy five days a week. And the whole time, he talks about me!”

A synagogue has a mice problem. The custodian tries traps, bait, mice, everything. Nothing works. Finally, he goes to the rabbi and explains the problem. “I have the solution,” the rabbi says. “Well, what is it?” says the custodian. “It’s a foolproof plan,” the rabbi says, smiling. “I’ll give them all Bar Mitzvahs — we’ll never see them again!”

A group of people standing on a subway platform — an American, a Russian, and an Israeli. A reporter approaches and says, “Excuse me, can I get your opinion about the meat shortage?”

“What’s a shortage?” says the American.

“What’s excuse me?” says the Israeli.

6. The other rabbi joke

A rabbi is harboring a secret — she has always wanted to try pork. One night she drives across town to the furthest restaurant from her shul and orders an entire suckling pig. Just as the waiter sets down the full roast pig with an apple in its mouth, she sees a group of her congregants has walked in and is watching her, mouths open. The rabbi widens her eyes, “So nu, what kind of place is this?” she says. “You order an apple and look how it’s served!”

An elderly Jewish man faints and is rushed to the nearest hospital. A nurse tucks him into bed and says, “Mr. Schwartzman, are you comfortable?” Schwartzman replies, “I make a living…!”

A Jewish grandfather takes his grandchildren to the beach. They’re playing in the sand when suddenly, a massive wave comes and pulls the smallest grandson out into the water. Panicked, the grandfather prays to God. “Oh God, please bring him back! Please let him live!” Suddenly, an even bigger wave bursts out of the ocean, setting the little boy down right at his grandfather’s feet. He scoops him up into a hug. Then he stares up at the sky and says, “He had a hat.”

A celebrated Orthodox rabbi gets to heaven and an angel takes him to a banquet that has been prepared in his honor. “We will serve you the most tender meat, the juiciest fish, and fragrant wine,” the angel tells him. “But who was the Mashgiach for this meal?” the rabbi asks. “Ah,” says the angel. “In your honor, God was the Mashgiach.”

“Thanks,” says the rabbi. “But I’ll just stick with the fish.”

A yeshiva decides to start a crew team. But no matter how much they practice, they lose every single race. Eventually they decide to send one boy down to the nearby prep school as a spy, to watch their winning crew team and find out what their secret is. After a day of reconnaissance, the boy comes back. “Listen!” he tells his teammates. “I learned how they do it — they have eight guys rowing, and only one guy screaming!”

The 10 Best, Most Classic Jewish Jokes