Did You Catch The Woman Rabbi Cameo On Saturday Night Live? 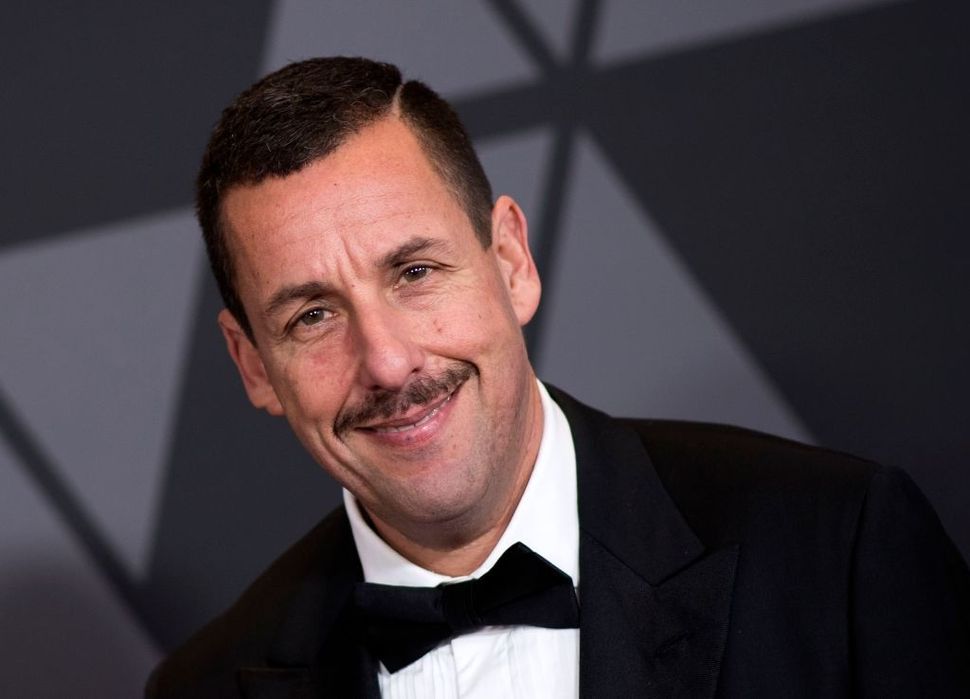 Did you catch the song “Holes” on Saturday Night Live this weekend, hosted by Adam Sandler? The musical sketch focused on the fact that clothing has holes in it (arm holes, leg holes, etcetera,) and is a pretty good cautionary tale about when people of one gender and race combination, who represent a tiny segment of the human experience, are allowed to have a monopoly on mainstream comedy.

But ninety-nine seconds into the sketch, performed by SNL regulars Beck Bennett and Kyle Mooney with Sandler, a thrilling thing happens: a woman in a skirt-suit and a tallit appears, as the singers burst into a lyric about a rabbi.

It’s about a millisecond-long appearance in the middle of a true comedic nadir for a late night show. But it also matters that for hundreds of years the word rabbi has conjured a picture of an elderly white man with a long beard, and now, millions of people have seen the word associated with a woman.

The Orthodox movement continues to debate whether women can hold rabbinic positions. The Conservative movement ordains female rabbis but maintains, in some communities, women’s ritual disenfranchisement. Even in the Reform movement, the historic leader in female ordination, women rabbis report experiencing continual institutional and social discrimination.

And on the most watched Saturday Night Live episode this season, a rabbi looked like a young woman, sporting ritual items and a facial expression that said, “I had a bar mitzvah and a baby naming today already.”

Representation matters. Even Judaism, you might say, has holes.

Did You Catch The Woman Rabbi Cameo On Saturday Night Live?