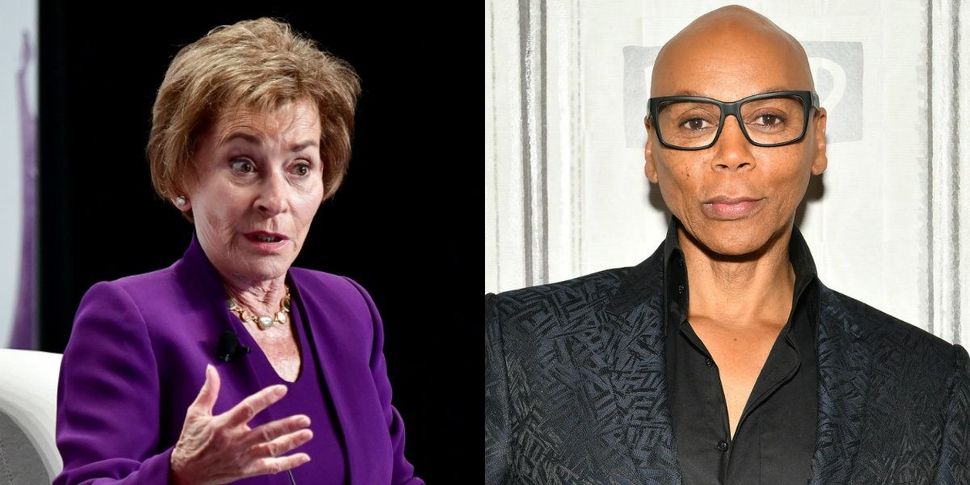 This is the future that liberals want — a Jewish woman reality TV judge correcting a queer black business tycoon on his use of Yiddish.

Judge Judy Sheindlin and RuPaul Charles, known as RuPaul — he’s the ultimate mononym — are one of a kind, having both used reality TV to become icons. For him, that has meant fashion, makeup, fragrances and media empire centered around his runaway hit competition show, “RuPaul’s Drag Race.” For her, it has meant becoming so singular that she has quietly become the highest-salaried star on television.

This week, they sat down for a Yiddish lesson. 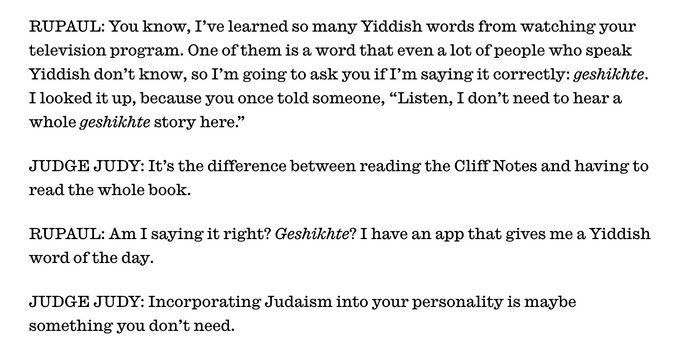 What started as a friendly question of pronunciation became something more — a classic Judge Judy ribbing, a personal takedown at the root of which is a lesson. An intentionally or not, Sheindlin hit upon an issue that Yiddishists have been trying to get us to listen to for decades.

To explain, we hit up in-house Yiddishist and Forward Archivist Chana Pollack.

“Yiddish itself does not signify comedy gold,” Pollack said. “Nor does the fact that you heard terms used in a certain way mean that is the entire universe of meaning of that word. Yiddish is more than we think it is — way more than we give it credit for.”

That doesn’t mean RuPaul — or anyone else, Jewish or non-Jewish who throws around Yiddish — is in the wrong. It just means that Yiddishists are asking us to not to treat the language as a punchline. Yiddish has been a stand-in, Pollack explains, for “Jewish geography and Jewish networking — there’s a long history of Jews in precarious or unsafe situations, sometimes when their citizenry was under question, and they could connect in emergency and convey important information to each other using Yiddish.” Yiddish, Pollack said, is “a legitimate language of communication for many many people. It is not only a comedic trope. Sorry, people!”

Pollack also pointed out that geshikhte is more of an academic word, though when Sheindlin uses it in court, the juxtaposition works. The gantse mayse, she says, is a more colloquial way of saying what Sheindlin seems to be getting at, which has a meaning like “the whole megillah,” or “the whole enchilada.” Writer Rokhl Kafrissen’s guide to common Yiddish phrases, Pollack says, is a great starting point for anyone who wants to bring some Yiddish into their vocabulary without coming off like they’re just trying and failing to hang with the Jews.

So that’s sorted. But hey — RuPaul ruffled a few linguists’ feathers, and took the feedback politely. Now, we need him to stop being polite and drag Judge Judy as harshly as she dragged him for her outdated shpiel on feminism, which makes her sound like a total alterkaker.

Get her, Ru. What’s Yiddish for “If You Can’t Love Yourself How In The Hell Are You Gonna Love Somebody Else?”