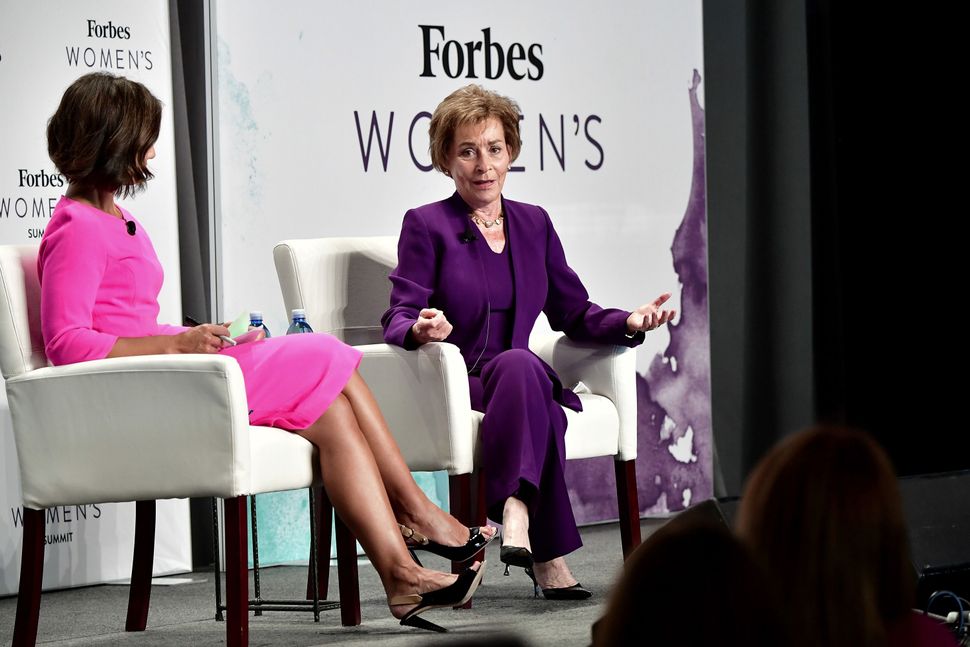 Judge Judy Sheindlin told a room of 300 attendees at the fifth annual Forbes Women’s Summit on Tuesday that she “certainly [doesn’t] want pay parity with men.”

She was joking, of course, because few men will ever make $47 million dollars a year hosting a syndicated daytime talk show where they get to decide whether an errant teenager has to repay his girlfriend the $500 she loaned him before he broke her heart.

What is not a joke, however, is that Judge Judy is not a Feminist™.

This is not “news,” as Sheindlin has always been frank about this very dark side of herself but it’s still sad for the many career women who consider Sheindlin a role model, not least of all Nicki Minaj, who says she spends “all of her free time watching Judge Judy.” But we must accept, if begrudgingly, that this a free country and we are all at liberty to have bad and wrong opinions.

Perhaps Judge Judy identifies feminism with a type of victimhood that she is loath to accept. Perhaps she’s experiencing some sort of belated teenage angst that’s leading her to reject what the liberal masses so passionately want her to espouse.

We may never know why Judge Judy feels the way she feels but there’s still time for her to accept her fate as the feminist icon we want her to be. After all, it wasn’t so long ago that Beyonce’s feminism was born.