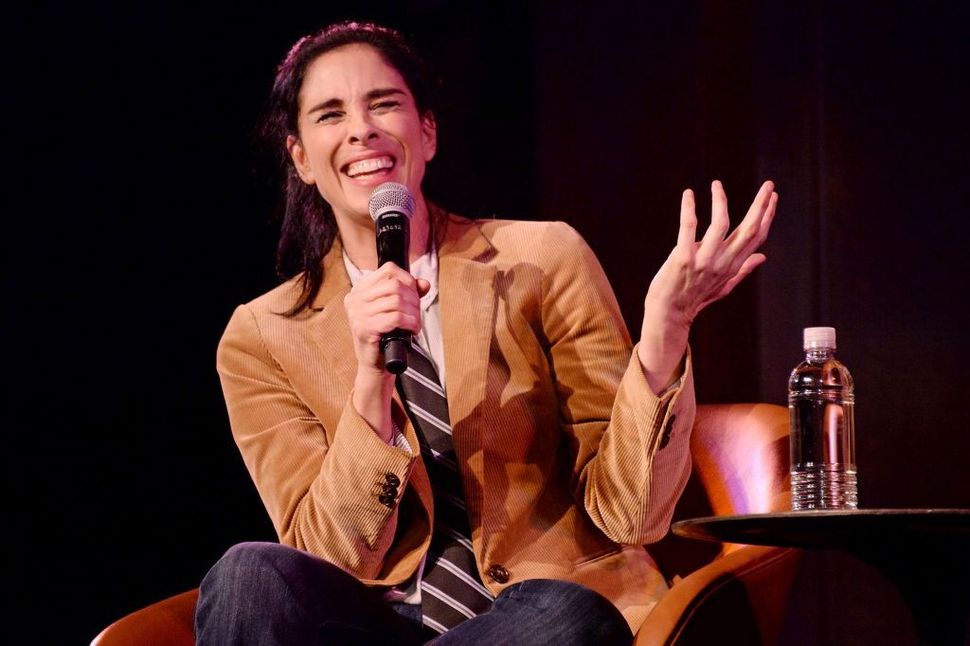 Many funny people suffer from depression, substance abuse, and other mental health problems. Therefore to be funny, you must be sad. Getting treatment or asking for help dulls your funny. Right?

Ignoring her severe depression is how Silverman almost ended up dropping out of “Saturday Night Live” and moving home to New Hampshire, just after being hired on the legendary show. Riddled with anxiety and depression, comedian Chris Gethard nearly died driving into an oncoming truck, years before he got treatment and his career took off. Rachel Bloom is now the creator and star of “Crazy Ex Girlfriend,” but when she had undiagnosed Obsessive Compulsive Disorder she wasn’t writing scripts — “I had constant diarrhea from thinking and worrying,” she says.

In the 30-minute documentary “Laughing Matters,” which has more of a zippy internet-video quality than the word “documentary” conjures up, 11 comedians speak about their mental health journeys. Rainn Wilson, the actor who plays Dwight Schrute on “The Office,” and who co-founded SoulPancake, joins Silverman, Gethard, and Bloom, as well as funny people Anna Akana, Wayne Brady, and Aparna Nancherla, and more.

Silverman — who we are rather partial to thanks to her work as occasional ambassador for the Jewish people, and for her jokes about pee — seems particularly wise. Overcome with depression as a young teenager (“It felt as fast as…like when a cloud covers the sun and it’s suddenly dark”) she was heavily medicated by a therapist who hung himself while she was his patient (seriously, read her description of this in her book — it’s wild).

After she was cast on “Saturday Night Live” she nearly left comedy, only making it because another comedian, Mark Cohen, found her a doctor who would see her at two in the morning in Manhattan. The doctor prescribed her Klonopin which, unlike her first experience with medication, was dosed correctly. “That actually really saved my life.”

“100% of comedians become comedians because somewhere in their childhood they needed to be funny in order to survive,” Silverman says in the documentary. For her, the catalyst was being “the only Jew that anyone knows and I was like covered in black hair and tiny with big teeth that didn’t fit my tiny head…These year of torture and shame kind of became my superpower.”

But ongoing, unaddressed mental strife doesn’t help, she adds. “I’m able to be a lot more interested in other people and what’s going on around me when I take care of myself, because if I don’t, then I’m just self-obsessed, you know? And even if you’re self-deprecating, it’s narcissism, you know? Like you can’t even see anything else.”

Creating art that takes on mental health issues is the most cathartic and funny, the comedians agreed. Bloom, whose “Crazy Ex Girlfriend” takes on the highly stigmatized Borderline Personality Disorder, recently performed at Radio City Music Hall. Outside, fans were lined up in hopes of autographs and a moment with the woman who has been so honest about mental health.

“I signed 15 different pill bottles,” she says, and laughs.

You can watch “Laughing Matters” here:

Editor’s note: If you or someone you know is struggling there are many ways to find support, services and treatment options that may help. Learn more at the National Alliance on Mental Illness.