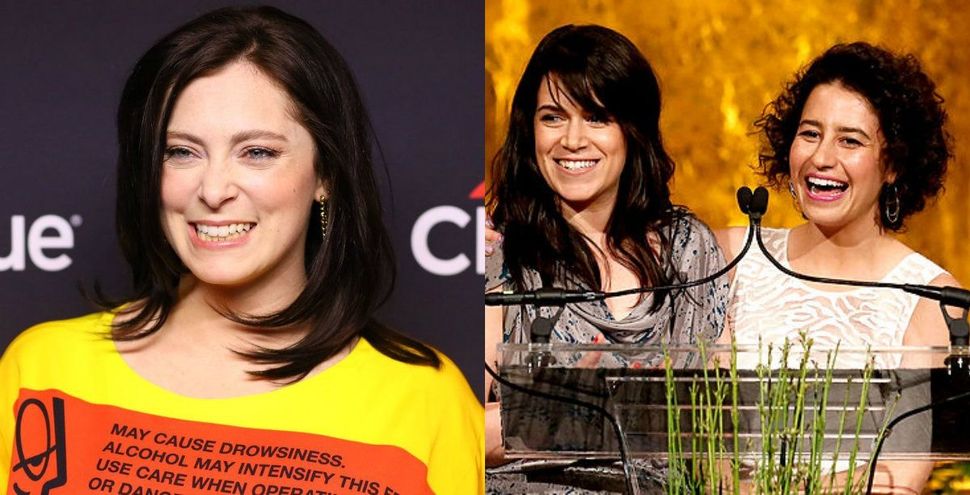 How should a Jewish woman be?

She should be a wife and a mother.

She can be a hairy slacker with no marriage prospects and a passion for human feces, said “Broad City.”

She can be an artist-cum-janitor who only owns one outfit and smokes on the toilet. She can be irresponsible, and unambitious, and ill-kempt, creators and stars Abbi Jacobson and Ilana Glazer argued. She can “look Jewish” or not. She can be attracted to different sexes and genders.

How should a Jewish woman be?

Hmm, said “Crazy Ex-Girlfriend,” the CW musical comedy-drama that concluded its fourth and final season last week. She can be a brilliant, poised, well-rounded mensch with boundless energy and Ivy league degrees. She can be all those things if she doesn’t mind having a breakdown, creator and star Rachel Bloom posited.

She can be perfect, if her perfection makes her wildly unhappy. She can be everything, said “Crazy Ex Girlfriend,” if she wants to feel crazy.

Two cult-classic TV shows made by and for Jewish women, have come to a close.

In super-short comic vignettes and four-minute songs, both shows placed front and center the challenges of American Judaism — the paradox of being both inheritors of trauma and denizens of privilege. The “Broad City” team’s parody of Birthright will be curriculum in future Jewish Studies classes. So will the searing “Crazy Ex Girlfriend” Jewish anthem “Remember That We Suffered.”

The three women at the center of the stories — Bloom and Glazer & Jacobson created, starred, and wrote for their shows — emphasized sexual freedom, de-stigmatized prescription drugs and weed, prioritized female friendships, and never bothered with fertility deadlines or concerned themselves over intermarriage.

There’s a misconception that some of us Jews have — that we’re underrepresented in mainstream US culture. We feel under-served when it comes to Hanukkah songs, irate to see a non-Jewish actress play Ruth Bader Ginsburg, indignant that we don’t appear much in the pages of “Harry Potter.”

Of course, it’s not true — Jews are generally overrepresented in American culture. Think about every famous Jewish person you know of, and imagine that they were instead a person from South East Asia — it’s suddenly a lot of people.

The thing is, you can be represented and still be victims of anti-Semitism. You can be accepted by a society and still hit with spurious stereotypes. And you can experience power and still deal with the crushing weight of the status-quo. Constant media messaging tells us that Jewish men are pathetic losers and Jewish women are bossy sluts. We continue to be desperate to see ourselves in things, because we want to be represented as we are. We want to know — are the muppets Jewish? And if so, is that a good thing?

In “Broad City,” Jewish women are simply kweens. And in the “one indescribable instant” that we had “Crazy Ex Girlfriend,” it was okay, even preferred, to be Jewish and crazy.

So we’ll sing and smoke and look forward to the next TV show that ignores and exalts the question, “How should a Jewish woman be?”