10 Reasons To Love Rachel Bloom On Her 30th Birthday 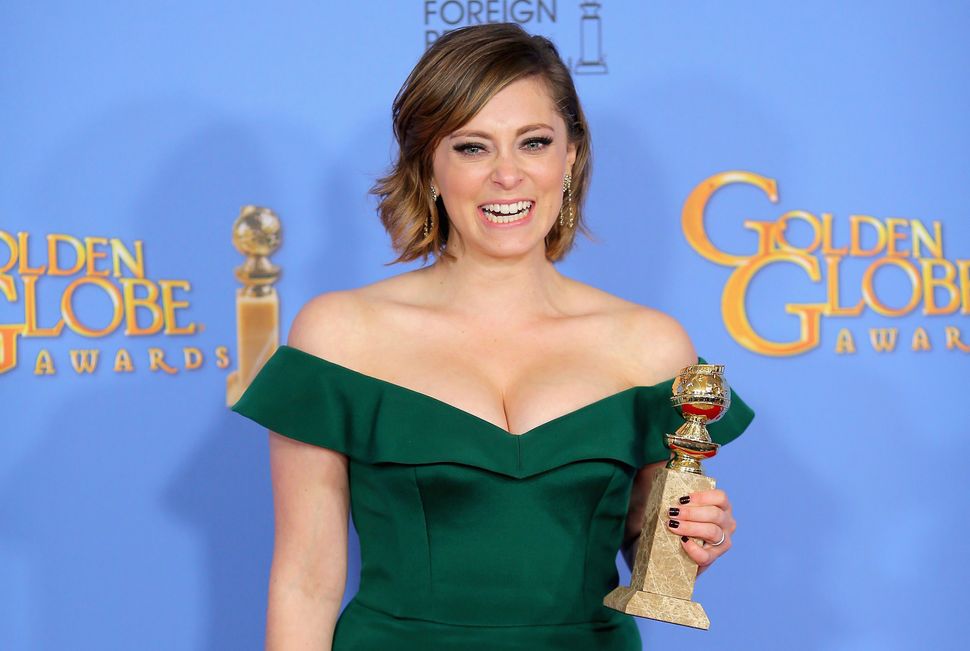 30 years ago a child was born unto Southern California who would change the way people view women, Judaism, mental health, and television. Her rise ushered in a messianic age in which a not-conventionally thin Ashkenazi woman can star as both a sex symbol and a comedy icon in her very own musical television show. Bloom, who turns 30 today, went from making funny viral music videos to creating the hit CW show “Crazy Ex-Girlfriend,” which has enjoyed two seasons and counting.

Here are just a few reasons why we love Rachel Bloom.

1) Everything culture has made synonymous with being a Jewish woman —curly hair, loudness, boy-craziness, bosoms, Bar Mitzvah attendance, and mothers — Rachel Bloom has made cool, funny, and sexy.

2) Forget “La La Land.” Rachel Bloom made musical theater relevant over a year before the Oscar-winning flick came out. And she didn’t have Ryan Gosling, she just had a catsuit and a will to change hearts and minds through song.

3) The song “Remember That We Suffered” is perhaps the most brilliant meditation on the way collective Holocaust trauma has impacted American Judaism, and it is under two minutes long. If American Rabbis don’t incorporate it into their Yizkor services for Yom Kippur 2017 I will eat my kippah.

4) In a similar vein of Jewish truisms that are uncomfortable to acknowledge, the entire premise of “Crazy Ex-Girlfriend” reifies the notion that so many of us know to be true — that given the chance, one might abandon one’s life in pursuit of a tween-era Jewish Summer Camp romance.

5) Rachel Bloom got a song called “JAP Rap” (a “beef of two hard-as-nails shebrews from Scarsdale”) to play on the network that aired Gossip Girl. For this alone she shall be heralded as a prophetess.

6) Rachel Bloom loves the Forward and follows us on Twitter. Enough said.

7) Rachel Bloom told the New York Times that she lip-synced to “Adelaide’s Lament” from Guys and Dolls for her middle School’s talent show. This is funny on many levels, including the fact that “Adelaide’s Lament” is about an aging nightclub singer who wants her fiancee to legalize their marriage, which is strangely not a popular topic in middle school cafeterias.

8) She and Ilana Glazer of “Broad City” were roommates after college. Sometimes it’s just so frustrating not to be able to build a time machine, go back in time, follow people in secret, and then break into their apartment.

9) “Crazy Ex-Girlfriend” shows its lead attending therapy. “Rebecca is depressed,” Bloom told Glamour, adding that the character was inspired by her own experiences with anxiety and depression. Kol hakavod, Rachel.

10) Rachel Bloom wrote a song called “You Can Touch My Boobies” about a 7th grade boy who falls asleep at Hebrew School and has a wet dream about his teacher. If that’s not enough for Sheldon Adelson to create a fund thanking her for saving the Jewish people, don’t worry, Golda Meir makes a cameo in the dream.

10 Reasons To Love Rachel Bloom On Her 30th Birthday