Rachel Bloom Poses for Playboy at a Jewish Deli 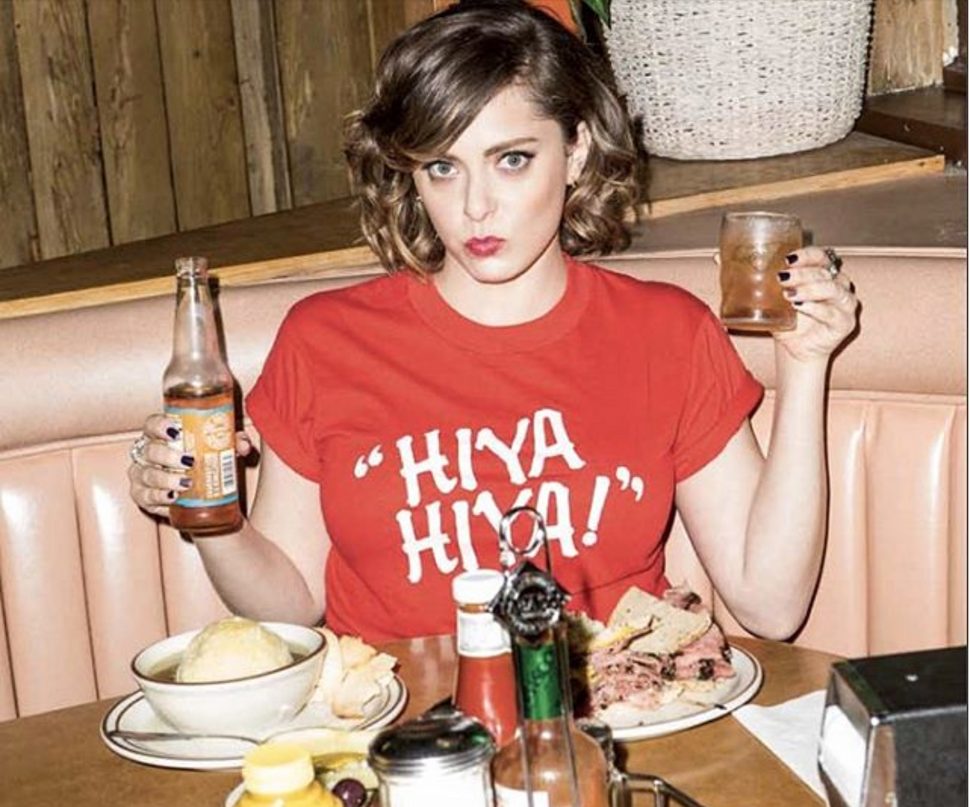 Is there really any better combination than Rachel Bloom and a piping hot bowl of matzo ball soup?

The “Crazy Ex-Girlfriend” creator/star posed for her feature story in the latest Playboy Magazine at Canter’s Deli, the landmark eatery in Los Angeles.

The actress is pictured sitting in a deli booth, holding a bubbly soft drink, surrounded by a pastrami sandwich (natch) and matzo ball soup.

Bloom was pretty excited about the location of the shoot, tweeting that all the food had been swiftly eaten.

They let me pose for this month’s @Playboy in Canter’s. This food was gone 10 minutes later. pic.twitter.com/WHMyVfvOLq

Her mother, Shelli Bloom, who often proudly posts magazine shots of her daughter, also uploaded a picture of the issue—and expressed happiness that “it’s only the pages being spread.”

Playboy Magazine October-luckily it’s only the pages that are spread.

“Crazy Ex-Girlfiend” returns in all its wonderful quirkiness October 21 on The CW.

Rachel Bloom Poses for Playboy at a Jewish Deli